Posted at 20:00h in Art by St Philip's Seminary, Toronto

The well-known Guido Reni painting of St Philip Neri which hangs in the Roman Oratory was restored for the 500th anniversary of the birth of St Philip Neri. Here is a copy of the newly-restored picture. Fr Thomas Trottier of the Toronto Oratory reflects on this painting. 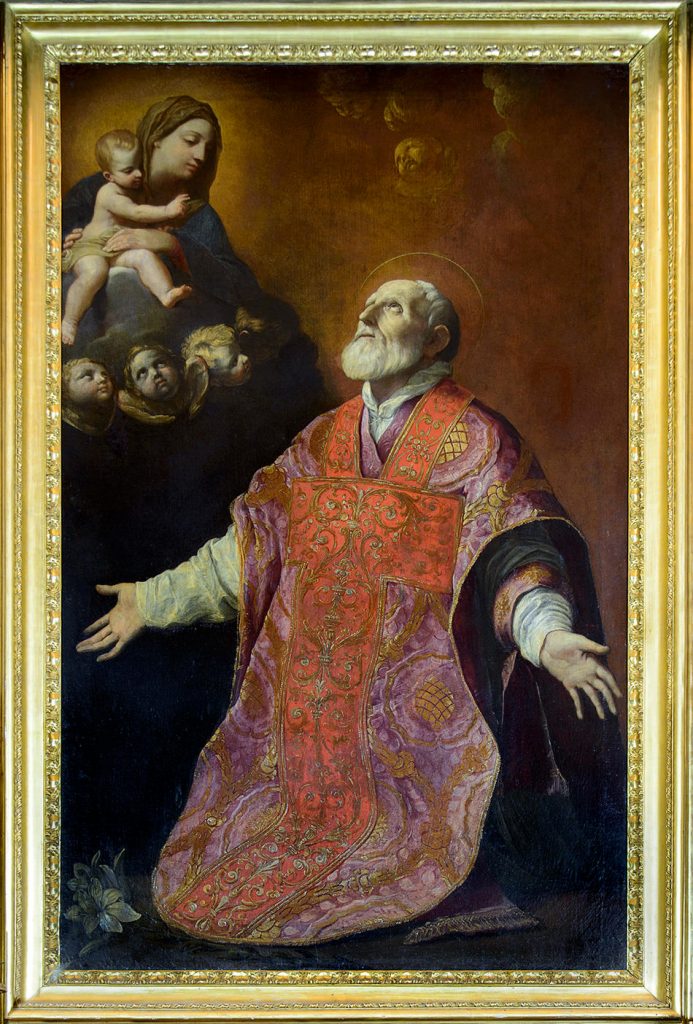 The heart of this painting is St. Philip’s ecstatic encounter with the unseen (and hence undepicted) Lord. It is a powerful attempt by Guido Reni, a Baroque artist of the first rank, to render the invisible visible in its effect, that is, to show the unseen but ravishing beauty of Lord as it shows itself in and to a humble and faithful priest of the Church. Painted on the occasion of St. Philip’s beatification in 1615, it originally hung in the chapel dedicated to St. Philip, above the altar that preserves his mortal remains. Oddly, the Blessed Virgin rather than appearing to the blessed Philip, instead observes his ecstasy—-one line of thought is that the image of the Madonna was added by another artist at the insistence of the Fathers of The Oratory. This depiction of St. Philip is reminiscent of the Orans figures found in the catacombs of Rome—the eyes wide open as they drink in the presence of the Lord, the hands extended to handle but never capture God’s elusive beauty. Yet, Philip kneels on the earth, his priestly work interrupted. Guido Reni’s vision is of a gently overwhelming grace that without warning or expectation breaks into the life of a holy priest as he goes about his ordinary priestly duties.