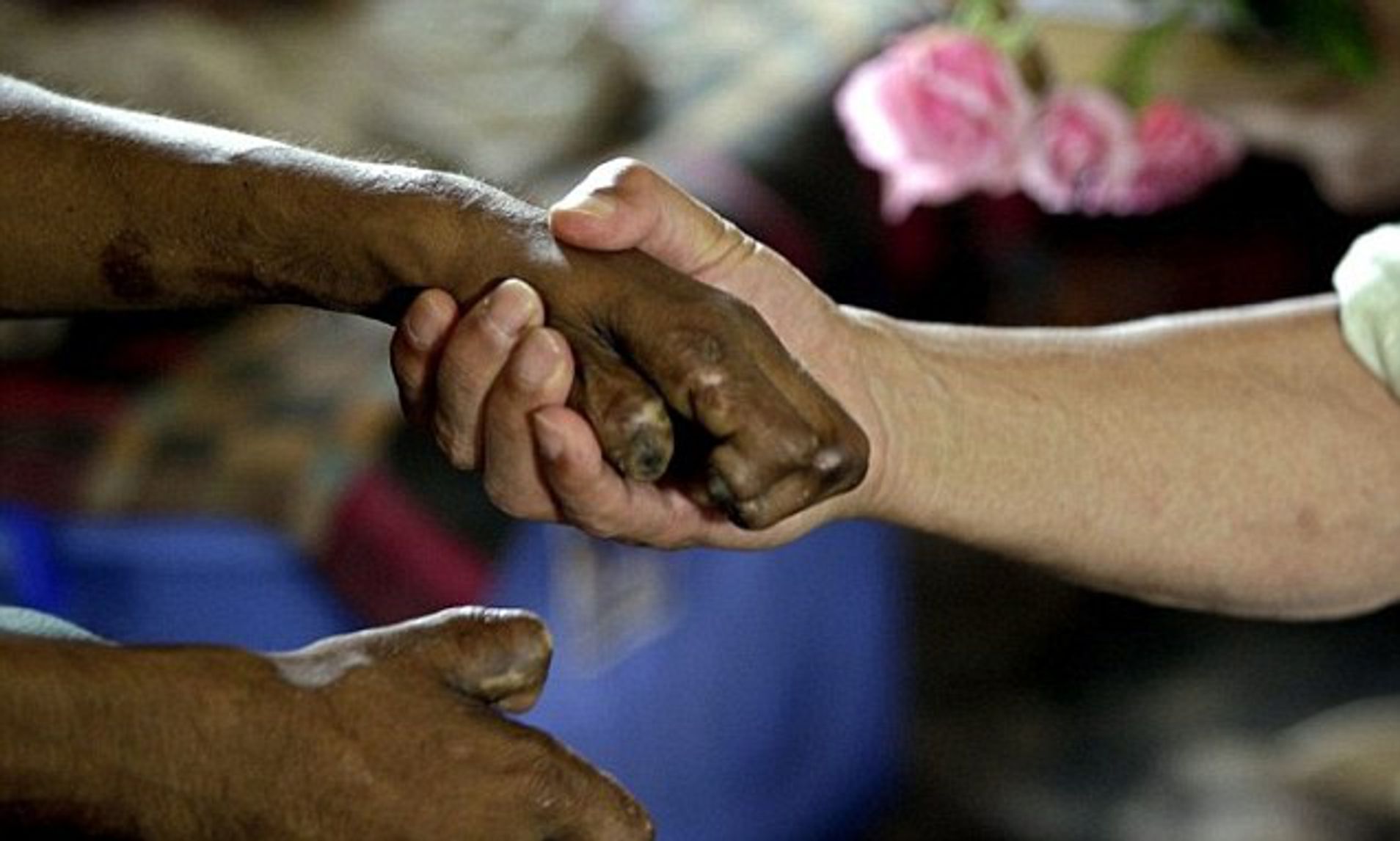 03 Feb Reflections on the Leper Form

Posted at 14:27h in Reflections by St Philip's Seminary, Toronto

Jesus says to the leper

go, show yourself to the priest.

He is applying a norm concerning leprosy laid down in the Book of Leviticus. The Hebrew word we translate as ‘leprosy’ means ‘to strike down’, and Leviticus interprets this not only medically but also religiously: it imagines leprosy as a Divine curse. That is why it is priests who are charged with identifying lepers and with regulating their exclusion from the community.

So we’re dealing with something more than quarantine, the prudent management of a contagious disease. Leviticus confronts us with religiously generated suffering. Lepers, already sick, are subjected to a dramatic inflation of the meaning of their sickness. It thereby becomes a moral and spiritual burden ensuring for them a radical kind of abjection.

For this reason, when Jesus says go, show yourself to the priest, the question inescapably arises how He is placed in relation to this whole way of thinking.

The question is difficult. Levitical thinking seems at first sight to be of Divine ordinance. And Jesus doesn’t appear to challenge it, but on the contrary to accede to it. Moreover, it might seem that a genuine religious urgency motivates Levitical thinking. The leper represents sin and God’s repudiation of sin. For this reason the community which God has gathered together manifests its abhorrence of the leper and its determination to expel him. From this point of view, something like the Levitical regime of the leper may appear essential to religious consciousness. Those whom God has favoured require outsiders against whom to define and understand themselves. This might seem to be essential, if identity and clarity are to be maintained.

Perhaps. But at the same time Christianity can be seen profoundly to disturb this vision of things.

For consider that the leper’s fate, as we have just said, is to be the outsider, the excluded one, identified with sin and cursed by God. But in Christianity this fate belongs to Christ. God Himself, in the Person of His Son, reveals Himself in what we might call leper form.

The essence of the leper is his identification with sin and Divine punishment for sin. But in Christianity, in an utterly mysterious way, the whole weight of sin has been taken on, not by any purely human victim, but by God Himself. According to St Paul, Christ the sinless one, while remaining sinless, nonetheless becomes sin, so that sinners may become the righteousness of God. Christ identifies Himself with sin, thereby removing from us the burden that is ours and transferring it to Himself. At the same time, He transfers to us what is His, the life that is the righteousness of God. There is a kind of exchange of places between Christ and ourselves: He becomes us, so that we can become Him.

Which means that when God looks at us, He sees our sins, of course, but He also sees through them, and beyond them, as if they were no more. For indeed in Christ they are no more, because He has taken them away. All that remains is for us to receive what He has already accomplished.

And that possibility is universally accessible. The Catholic Church, we believe, is the visible communion of the grace born and nourished by the Crucified and Risen Son of God. But the Church also knows that, in the Incarnation, God has in a mysterious way united Himself to all men and women; she knows that everyone, in ways known only to God, is given the opportunity to share in the Paschal Mystery of the Divine Son.

We can see this reflected in today’s Gospel, in the healing of the centurion’s servant.

Lord I am not worthy to have you come under my roof; but only say the word, and my servant shall be healed.

The Church has appropriated the centurion’s words and assigned them to the moment of her most intimate communion with Christ. And this is possible because, although the centurion stands visibly outside the body of the faithful, he nonetheless belongs to that body in a fundamental, even exemplary, way, which Christ Himself commemorates:

Truly, I say to you, not even in Israel have I found such faith.

From this we can return to the leper: the sin-burdened outsider, fashioned so that insider-consciousness can be sustained. We can now see that in Christianity there is, in that sense, no outsider – and correspondingly no insider either. What is there then? There is the universal predicament of sin and the universal possibility of its overcoming. God Himself, in the Incarnate Son, takes the place of every outsider, precisely to annihilate the category and unfold salvation for all.