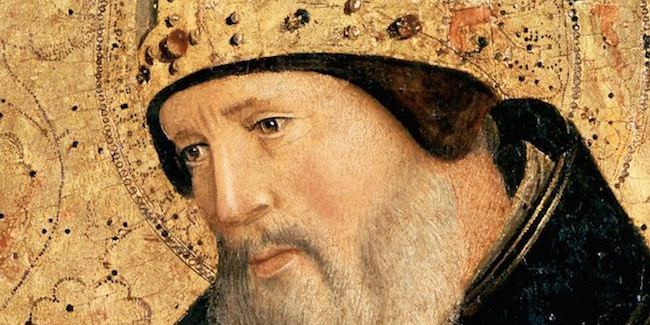 12 Aug Przywara and Augustine I

Posted at 16:00h in Texts and Readings by St Philip's Seminary, Toronto

In 1930, the English Catholic publisher, Sheed and Ward, brought out a book called A Monument to St Augustine, with chapters contributed by contemporary Catholic luminaries, English and Continental. Sheed and Ward republished the book in 1945, and it was reprinted in several paperback editions, beginning in 1957, under the name St Augustine: His Age, Life, and Thought. This useful companion to the study of St Augustine was once to be found in nearly all Catholic Among the essays is a rare English publication from the hand of the Jesuit theologian, Erich Przywara (1889-1972), “St Augustine and the Modern World.” (Przywara was influential on the development the thought of Hans Urs von Balthasar and others in the nouvelle théologie movement. His masterwork, Analogia Entis, has recently been translated by John R. Betz and David Bentley Hart in the Ressourcement series published by Eerdman’s.) 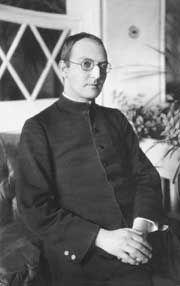 In this introduction to Przywara’s essay, the first of several posts, Przywara sets up his discussion of the relation of St Augustine and “As in his religious and theological aspect Augustine was claimed by the Reformation, so the modern philosophy which began with Descartes seems likewise the understanding (intelligere) of that belief (credere). It is thus, in the first place, the progressive working out (to use Hegel’s terminology) of the Protestant interiority until it becomes the interiority of the “pure intellect,” from the Cartesian cogito to Kant’s “synthetic unity of the ego” and on to Hegel’s “self-conscious intellect.”

But the process is at the same time the working out of the inner logic of that interiority. For on the one hand it is the radical laicizing of the secular sphere—that is to say, the installation of the “inward” in the realism of a purely secular world—and on the other hand this takes place as the logical result of the Reformers’ doctrine of Original Sin: it emphasizes the transcendental significance of this world as manifesting the irresolvable conflict between God and the Devil, or, more fundamentally, the contrast between a demonic God of wrath and a truly divine God of mercy.

This “laicizing” is realized in the new philosophy on the one hand by the tendencies that originated with Bacon and reached their climax in Locke and Hume, the realism which renounces an “unreal identity,” on the other by the “theo-logic,” as we may term it for brevity’s sake, which carrying through with the theme which Jacob Boehme decisively marked out, passes through Pascal’s extrémités to Kant’s “antinomies,” Schelling’s “indistinction of opposites,” Hegel’s “contrast in unity and unity in contrast,” and Kierkegaard’s “dialectic of equivocality.”

Thus the problem, “Augustine and the modern world,” appears in its full stringency. For the “and” in this title we might, it would seem, substitute to a very large extent “in,” if not indeed “as.” But as we proceed it will become evident that a deeper point of view demands an “above” and an “against.” The modern world is indeed the advent of Augustine, but an advent to overcome it from within.”