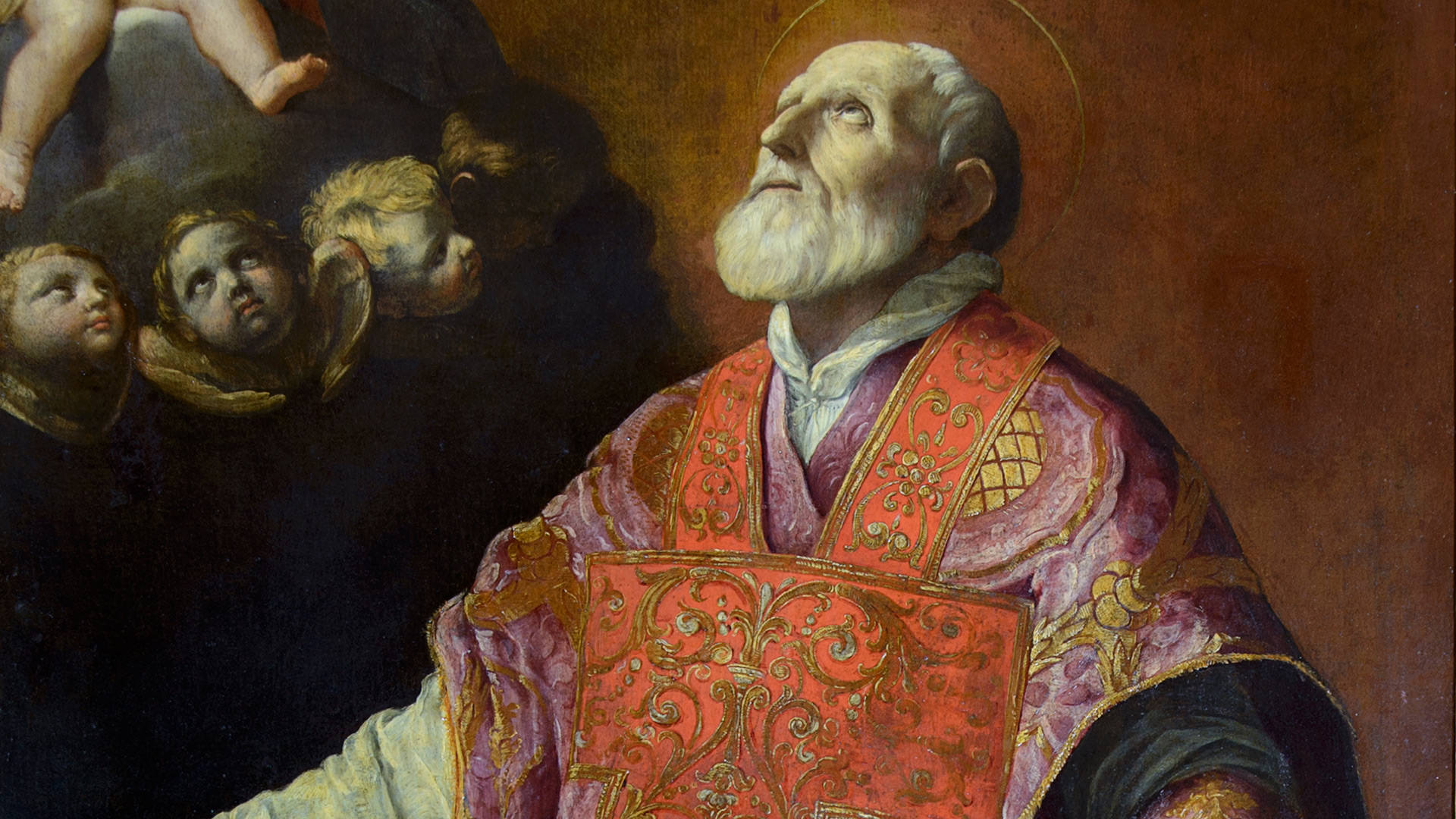 Posted at 14:00h in Texts and Readings by St Philip's Seminary, Toronto

In No Strange Land: The Embodied Mysticism of Saint Philip Neri by Fr. Jonathan Robinson, the Founder of theToronto Oratory, was published last year by Angelico Press: https://angelicopress.com/robinson-in-no-strange-land/

The book concludes with these words: “On May 26, 1595, very early in the morning, Philip Neri died. He died at the hour and on the day he had foretold. No one doubted that a great Saint had gone home to God. All over Rome, the Cardinals and the famous preachers of the day were bold to say that Philip had no need of prayers. The Preacher General of the Dominicans told a great congregation at the Minerva that there was no cause to pray for Philip, since he was most certainly living in the glory of paradise. Like the “faithful and wise servant” in the Gospel, whose master “had set over his household, to give them their food at the proper time,” Philip’s life
had been devoted to revealing to others the mercy of God. It was effective because it was based on a first-hand acquaintance with God himself. With this first-hand knowledge by acquaintance, he became the Apostle of Rome in his own time.

It was in the ordinary, accessible practices of sixteenth-century Catholicism that Philip’s journey had begun, and that was where it ended. But there was a journey, a journey that is best described by the tradition of the three ways, as understood by St Gregory of Nyssa. The development of Philip’s relationship to God is not to be understood as a conscious effort to put into practice what is often today thought of as mysticism. Rather, it was Philip’s struggle to find and do the will of God in the here and now that led to what is best described as his embodied mysticism; a mysticism embodied in the beliefs and practices of sixteenth-century Catholicism, but also embodied in Philip’s own individuality and particularity.

To say that Philip’s mysticism was embodied in his individuality and particularity is to remind ourselves of two things. In the first place, Philip’s education in Florence, his time in San Germano, the isolation in the catacombs, his studies, the beginning of his apostolate, and the difficult years after his ordination—all these are not so many interesting but basically extraneous experiences to what was really going on. There was nothing really going on, in a disembodied way, apart from these experiences. If we are going to understand Philip’s mysticism, we have to know how it was embodied in, and only in, Philip’s own personal history as it developed within the particular cultural and ecclesial setting that was his own.

If Philip’s mysticism is ineradicably meshed into the particularity of his own life, then it follows, secondly, that mysticism is not a readily identifiable concept that is essentially the same in all cases. If we cannot remove the element of the historical from a discussion of Philip’s mysticism, because if it is in the historical that the reality of his mysticism is actually to be found, then any attempt to talk about his mysticism in abstraction from the historical becomes one more example of Bradley’s “unearthly ballet of bloodless categories.” Furthermore, if we cannot discuss Philip’s mysticism without recourse to his own particular history, then this applies to any other mystic. We must not ignore the ineradicably personal and particular interaction between the mystic under discussion and his religious and cultural context. There may be a family resemblance in what they experienced or taught, but that does not come from the fact that they were all practicing “mysticism.”

It is only with the beginning of what I have called the mystical assault that the mystical road can be clearly distinguished from the often heroic struggles and genuine sanctity of those who remain in the first way. There are many saints who are not mystics. On the other hand, it is just as clear that many saints are mystics, and it is this mysticism of the saints that is our interest in this book. The difference between the holiness of those who live in the first way and the journey of the mystics begins to be clear with the onset of the illuminative way. The light of the illuminative way comes not from the apparently clear certainties of the way of beginners, but from what Gregory calls “a more careful understanding of hidden things,” and he puts the second way in relation to the Mosaic theme of the cloud. This way is marked by the privation of the sensible and of learning to be alone with God. The cloud is brought about, in part, by a search for a deeper understanding of life than anything the first way can provide. But as Bremond said, “it is God who creates mystics,” and the privation of the sensible and the search for hidden meaning are the result of the grace of God. St John of the Cross examined and taught how this first darkness is the result of God’s action, to which the soul responds. Ultimately, then, the family resemblance between Christian mystics must be reduced to the mystical assault by God on the individual, and the irreducibly particular appropriation by real people.

It was during this period of Philip’s studies, and then of his solitude in the Catacombs, that the physical phenomena of his mysticism began to appear. These phenomena should not be used in a mistaken attempt to give an account of the essence of mysticism. On the other hand, they are so often present in the lives of the saints that they cannot be ignored. This observation certainly applies very clearly to St Philip. In the previous chapter, “Towards an Account of St Philip’s Embodied Mysticism,” I have attempted an account of mystical experience that shows, first of all, that such experiences require language to be experienced, but yet these experiences cannot be reduced to this necessary requirement of language. This exercise in the ontology of mystical experience is at best a tentative approach to a subject that can hardly be said to be an over-plowed field. I hope that my suggestion might point the way to questions that others will take up. My discussion of the role of the paranormal in the mystical life is based on the traditional teaching that such experiences are given for the benefit of others. Their role is to attest to the genuineness of the mystic’s life and teaching.

Finally, in the unitive way, Philip gave himself over entirely to the action of God. God then used Philip to help bind up the wounds of a suffering humanity. In Philip’s case, he believed this could best be accomplished by a mission centred on the sacramental life of the Church. Philip had approached his maker in the company of the holy people of God and brought back to them what he had learned in the darkness.

But it was not only a verbal message that he took back with him. In the darkness, Philip had been taken over by his Maker, and he became a living icon of the radiance of the Father’s glory. It was light he brought from the darkness, and the light was not his own.”

For some reviews of this book, see: