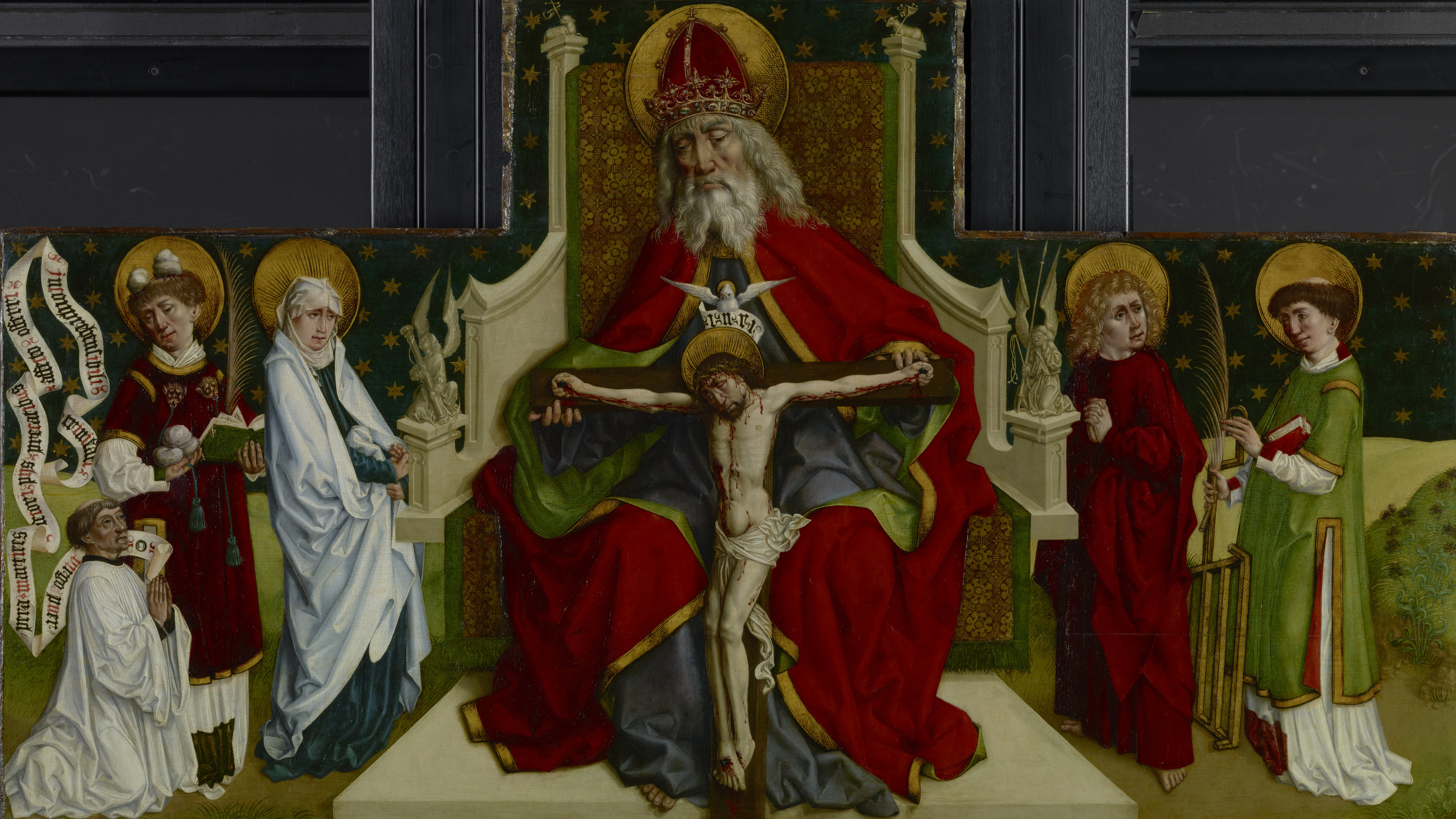 27 Aug Reflections on the Trinity

Posted at 10:00h in Reflections by St Philip's Seminary, Toronto

The Trinitarian God is of course essentially and permanently mysterious. We cannot grasp or comprehend the Divine Persons in this life, nor even in the life to come: Heaven indeed promises us an unparalleled intimacy with Them, but this intimacy will not arise from the fact that we will encompass Them, but rather from the fact that They will encompass us. We will not see the Trinity as we see an object, as a reality outside us that we can measure and survey. Rather we shall see the Divine Persons in a way that resembles how we see our very selves here and now, we shall relate to them somewhat as we relate here and now to our own lives, which are too intimate to be an object, too enveloping of us ever to be measured. For the life that we will be leading in Heaven will not be our life, as something apart from the Trinity, but will be a participation in the very life of the Trinity Itself. More precisely, we will be living by participation in the Son, in His relation to the Father in the unity of the Holy Spirit. We will not, then, be grasping or comprehending the Divine Persons, but rather we will be living in and through Them.

Not even the intimacy of heaven, then, will abolish Trinitarian mystery. At the same time, however, this mystery, the Trinitarian incomprehensibility, does not mean that the Trinity is completely unintelligible, something about which nothing can be thought or said. On the contrary, the mystery of Trinitarian life is an excess of intelligibility, offering not too little to think or say but too much: whatever we receive, there is always more to come, whatever shows itself is never shown exhaustively, because it is infinite and therefore inexhaustibly rich. Some theologians go as far as to say that the mystery of the Trinity is an inexhaustible richness even to the Divine Persons themselves. Whether or not we want to say this, however, the Trinitarian plenitude is certainly inexhaustible to us. The life of heaven, in which we share in the Son’s relation to the Father in the Spirit, will therefore be a filial life, a life of infinite abundance, and therefore of endless discovery.

Now this idea of endless discovery is, of course, an evocation of movement, of travel, of a dynamic process. And if this truly characterizes the vision of the Trinity -­ the gift of participating in Trinitarian life itself ­ then the implication is that Trinitarian life must Itself be dynamic: not static and serenely immobile, but alive, in act, in fact eternal activity. And this is indeed what the revelation of the Trinity discloses to us.

To see this, think of the words we use in speaking of the Triune God. We say, for example, that the Father begets or generates the Son, and we say that the Father and the Son breathe forth the Spirit, Who accordingly proceeds from Them. Now these, and other such terms, seem to speak ­ mysteriously of course -­ of events, of something like unfolding patterns, of relations of exchange constituting a back and forth of giving and receiving, of offering and being offered. And what this, in turn, suggests is that the Divine Persons can truly be conceived as something like activity, and in fact that they can be truly conceived only in this way. The Trinity manifests to us not that God simply is ­- like an eternal monument, impassively self­contained and unyielding. It manifests that, in God, to be is to happen, not in mere existence but above all in life. The Triune God is an eternally inexhaustible vitality.

In speaking in this way of the Trinity -­ as event, as happening, as activity or vitality -­ we are speaking of God Himself, as He is in Himself, without any reference to creation. This is worth emphasizing, because we might easily slip into thinking that such ways of speaking only become appropriate and meaningful when we come to reflect on God’s entry into the world, when the Son takes flesh and dwells among us. We might think this because it seems to be only in worldly terms, in terms of time and space, that categories like ‘event’, ‘happening’ and ‘activity’ make sense. This, in turn, might be thought to imply that the Trinity Itself, outside of time and space, must therefore be entirely free of such categories. But I think this would be a mistake.

For what does it mean, to say that the Word became flesh and dwelt among us? It means, of course, that One of the Divine Persons, the Son, manifested Himself in worldly terms, in terms of time and space. But it means more than that. Not only the Son is manifested, but also the Father and the Spirit. This is because the Son, in His flesh, draws them into view: from the world He draws them into the world -­ not as incarnate, of course, but as Persons to Whom He, the Incarnate One, in His worldly existence, most intimately relates. In the Incarnation, accordingly, the whole Trinity is in fact manifested in the world, appearing according to the conditions of space and time.

But finally we also need to ask what kind of activity the Trinity is. What does the Trinity do, what is that eternal vitality which, in and through the Incarnation, comes down from heaven to show itself on earth? The answer that the New Testament gives is that the Trinity is the activity of Love.

God is Love, St John tells us. It is worth reflecting, however, that this couldn’t be true if God were merely One. St John means that God is Love in Himself, not merely because He loves the world: on the contrary, He loves the world only because He Himself is Love. But if God were merely One, He couldn’t Himself be Love, for then there would be no-­one but Himself to love, and what we call self-­love isn’t in fact Love at all, because Love requires an otherness to oneself, a going out of oneself in the direction of another. So the solitude of the Divine One couldn’t be Love; but what the Trinity shows us is that Divine life isn’t solitude, but rather communion, a union of Persons, of Father and Son and Spirit, Who, in Their interrelations, make a unity which, alone, is the One God.

It is essential that we see that this is the correct way to think of it. God isn’t first One and then Three, but rather He is Three, in Love, and therefore He is One. Divine Oneness, Divine unity, is the Oneness and Unity of Love, and nothing else. In the Trinity, no Oneness exists prior to or even alongside the Oneness of the inter­-relatedness of Father, Son and Spirit. And each Person is God, and God is, only in virtue of their inter-relatedness. This inter-relatedness is Love ­ and so, other than as Love, God is unthinkable.

This in turn means that everything else we attribute to God -­ for example, His Power, His Wisdom, His Justice ­- has to be seen in the form of Love, as founded in Love, expressing Love and ordered to Love. We do not, perhaps, always remember this. Too often, perhaps, Christians have tended to imagine Divine Power, for example, or Divine Justice, in abstraction from the Love which is, in fact, its only foundation and meaning. In truth, Christian Faith can permit itself no other image of God than Love -­ the Love which is the eternal activity of the Divine Persons, from which the world originates, and into which it is called to return.