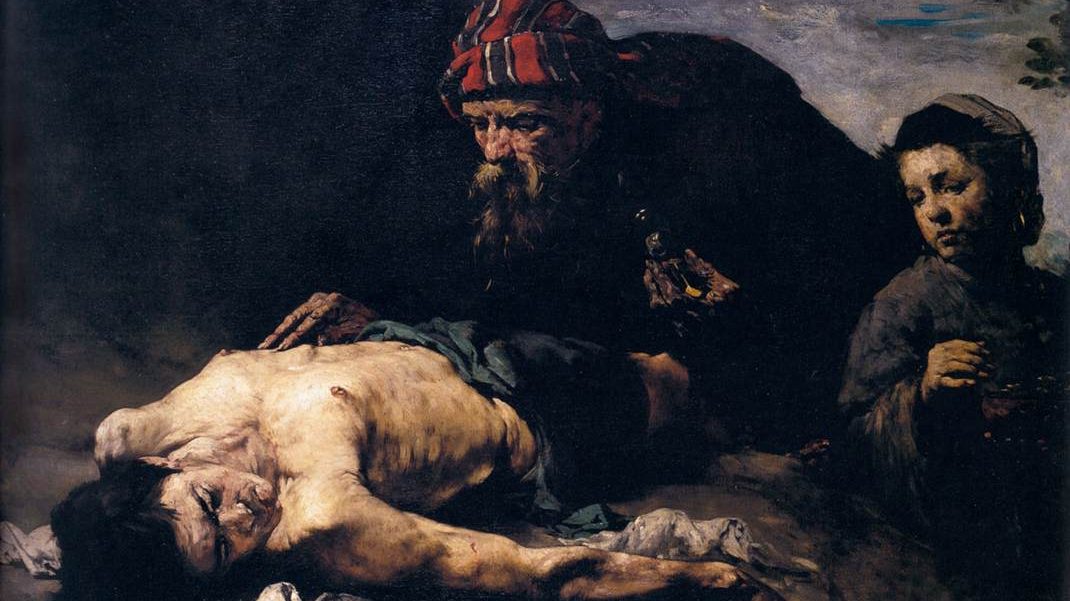 Posted at 17:09h in Reflections by St Philip's Seminary, Toronto

“Which of these three, do you think, proved neighbour to the man who fell among the robbers?” The parable of the Good Samaritan speaks directly to the conscience of the human race. Who, on hearing this parable, would not blame the priest and the Levite who, when they saw the man lying half-dead at the side of the road, stripped and beaten, only looked away to and crossed to the other side? Who, on the other hand, would not embrace the Samaritan who, having seen, was moved with compassion by what he had seen, and whose compassion prompted him to act? Look how much he does: he binds up his wounds, soothes and cleanses them with oil and wine, sets the half-dead man on his own beast, takes him to the nearby inn, and looks after him. He leaves two denarii—-two days wages—with the innkeeper, and tells him to care for him. “And whatever more you spend, I will repay you when I come back.” And so, who proved neighbour to the man who fell among the robbers? Who would not answer with the lawyer in the Gospel: “The one who showed mercy to him.”

In this parable, Christ, the rabbi, the incarnate Word of the Father, transforms the concept of neighbour. How does this happen? The lawyer wants to test Jesus, he wants to put Jesus to the test, to try him. He does not know that Christ only ever tests us, and tests us always. “Who is my neighbour?” he challenges, when he hears Jesus say what every Jew knows, that we should love our neighbour as our self. Who is my neighbour? Etymologically, our neighbour is one who is near to us, next to us, close at hand, proximate. The question the lawyer asks seems to presuppose that the neighbour is already there, and we simply have to learn to recognize him, that he needs only to be noticed by us or pointed out to us. In other words, the closeness, the nearness, the proximity, implied in the concept of neighbour is one that already exists, that is already constituted and needs only to be acknowledged by us.

To this idea of neighbour Christ opposes another: the closeness implied in the concept of neighbour is a closeness, a proximity, that we ourselves enact. In the parable, the good Samaritan himself draws close to the victim, he touches him, he touches his wounds, he lifts him up and places him on his own beast. The Samaritan proves himself to be the neighbour: having compassion, he shows active mercy. The word ‘proves’ here is not accidental: the man who fell among the robbers is a test, a trial meant to reveal the quality of those who seen him, a trial who summons our reserves of mercy and tenderness, a call the must be answered. Only the Samaritan passes this test, only he is “proven,” only he is neighbour.

In some ways the parable of the good Samaritan is a parable about seeing. Our Lord proclaims to his disciples, “Blessed are you eyes for they see.” Would that we could have such eyes! We all know that is possible to look but not to see, just as we can hear and not listen. But it is also possible to see and not see, just as it is possible to hear and not hear. The priest and the Levite each saw in this way. They saw the man who fell among the robbers, but they looked away and crossed over to the other side of the road. They saw, but they did not see. The Samaritan, however, saw in a different kind of way. He saw, and having seen, had compassion on him. He seeing was doubled: he looked and looked again, he saw and he drank in what he saw, he let it register, affect him, absorb him, speak to him. Such seeing renders us vulnerable, it wounds us, for compassion itself is a wound.

May the Lord grant us a heart that can be wounded—-by love, by mercy. May the Lord bless our eyes so that seeing, they may see. May we ourselves prove to be neighbour to those who fall among the robbers, to the wounded, the hurt, the half-dead, the unseen, the unheard.