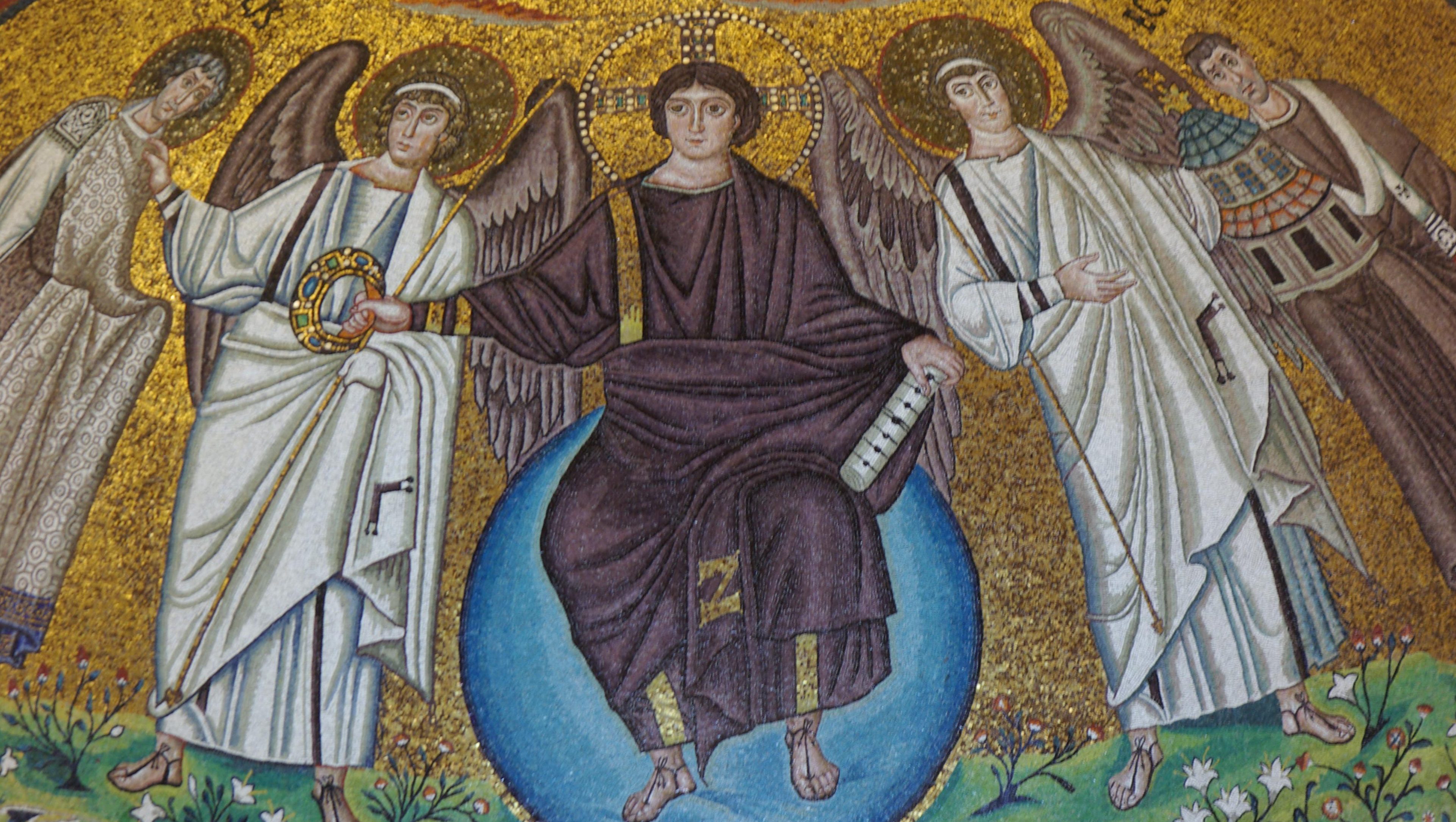 14 Dec Reflections on the Kingship of Christ

Posted at 18:00h in Reflections by St Philip's Seminary, Toronto

Who’d be a king? Invested with so much, placed so high – and yet always, in the end, divested, miniaturized, even done away with altogether.

Kings begin well – too well – but are forever ending badly. There is at first such abundance, such potency – origins and authority and charisma that transcend everything mundane, ruling and at the same time transfiguring the world. But the glory of kingship is always, sooner or later, turned against it, and thereafter serves only to measure out a kind of retribution, the hitherto unforeseen depths of a necessary destitution. What we accord to kings with so much intensity and extravagance can in the end be taken from them only with a corresponding violence.

Historically and still today such violence is, often enough, quite literally murderous: it can seem that only in killing the king do we adequately express the failure of the desires and fantasies with which we have invested him.

There is of course an alternative, in which the violence of his destitution is mitigated and somewhat veiled: I mean the merely figurative assassination of the king enacted in subjecting him to the limits of what we call ‘constitutional monarchy’. Miniaturized for the most part to the dimensions of mere celebrity, the constitutional monarch survives – if ‘survives’ is the word – by decorating, with increasingly un-comprehended vestiges of the past, a political order which no one seriously believes he founds or elucidates.

We shouldn’t, I think, underestimate the disguised but violent logic of such arrangements. This logic expresses itself today in treating royalty as a kind of soap-opera. The comparison, I know, is hardly original. But although it’s conventional to point to the vulgarity, salaciousness and even irreverence of our contemporary handling of kings and kings-in-waiting, I wonder if we shouldn’t go further. Are we dealing here with a mere failure of taste, or with something more? We can perhaps discern a ritualized violence, a repudiation through degradation, distantly but unmistakably echoing the gesture of regicide. Perhaps, today, we kill our kings precisely by keeping them alive.

(Here, in parenthesis, it’s certainly worth alluding to the often thinly veiled resentments and aggressions underlying democratic politics as well. It may be that everything I am saying of kings can be said, in one way or another, of leaders as such.)

But in any case, the persistently enacted cycle of enrichment and destitution which shapes the destiny of the king makes him a figure of pathos, and perhaps of tragedy. In the end the king must always face the illusion of his kingly transcendence. First he identifies with this transcendence, thinks of it as constituting who he truly is. But afterwards, eventually, he must confront its withdrawal. He must therefore come to terms with the fact that what he truly is is not what he has taken himself to be. His identity isn’t in fact reflected in the social order that acknowledged him as king. His identity persists even after that acknowledgment has been annulled. Who is he, then? This question spells the pathos or tragedy of the king. And for the people, too, there is a correspondingly momentous question: having repudiated our king, who are we? There is pathos, if king and people can find answers to these questions, and tragedy, if they can’t.

Everything turns on whether, in the reciprocal losses of identity involved in a social order which first produces and then repudiates its king, we can, nonetheless, find ourselves in the hands of God. In other words, is our kingdom of this world, or is it from elsewhere?

Christ speaks to us from precisely the moment when that question becomes real. Pilate would have Him be king of a worldly kingdom. He would thereby draw Him into that mechanism of enrichment and destitution that first dazzles and then destroys. Now what does Christ say in response?

Sometimes in the Gospels I think we can hear a kind of irony in His words, a self-conscious deployment of familiar ways of thinking which simultaneously puts them in question. And here, in His response to Pilate, it seems to me we have an example of such irony. If my kingship were of this world, my servants would fight, that I might not be handed over to the Jews. These words deploy the idiom of worldly kingship in order to expose and disavow it.

For Christ is the King who uniquely and precisely exists in definitive transcendence of the cycle of enrichment and destitution. His Kingship begins to be visible only when, through His grace, we glimpse the possibility of leaving that cycle behind.

His transcendence of the cycle, however, doesn’t consist in having remained remote from it, sublimely untouched. It consists instead in having lived through it but without having at any point identified Himself with it. This means that He must, on the other hand, have experienced it as a temptation. And that’s what we find. The whole meaning of His time in the desert, surely, is that Satan was luring Him into becoming the king of whom His people dreamed. Giving in would have transformed Him at once into someone charismatically, exhilaratingly valuable to them and, at the same time, confoundingly intimidating to their enemies. Mysteriously sacred yet tangibly partisan – what better definition of a king could there be? Now feeling this allure and nonetheless refusing it is what His victory in the desert is all about. That’s why, if we say that Christ definitively transcends the cycle of worldly kingship, it’s not because He kept His distance from it, but because He confronts and undoes it from within.

This, it seems to me, is a truth which the Church on earth is forever learning, forgetting, retrieving – and at any stage only ever partially, incompletely. And that’s as it must be. The Church militant can be illuminatingly considered in the following way: as the uniquely privileged point of transforming contact that Christ in fidelity lives out with human beings. He encounters there our generosity, our ambivalence, sometimes even our repudiation; He encounters also our clear-sightedness and the relative dimness or ignorance of our vision as well. And because the Church on earth is historical, because she has her being in time, the various modes of her response to Christ are different in different periods. At any given time, then, it is to be expected that she will show greater clarity or intimacy regarding a certain dimension of Christ’s presence to her than she might show at other times.

And it seems to me that this can plausibly be said in the case we are considering. How has the Church, in various periods, reflected the truth that Christ the King establishes a Kingdom not of this world? Let’s suppose for a moment that, say, the Papal States, or the Papal armies, or the Tiara and certain expressions of the Papal Court, or the sometimes rather consuming alliances made by the Papacy with kinds of ancien regime – let’s suppose that some or all of these were, in Providence, permitted to the Church only so that, at a later date, she could also be deprived of them. This is to suggest that the cycle proceeding from worldly enrichment to eventual destitution can sometimes become visible as an event of grace, even in the history of the Church.

In the nineteenth century, when the Pope suffered the deprivation of his temporal power, it was widely said by Catholics, though certainly not unanimously, that what had taken place was an intolerable affront to the prerogatives of Papal sovereignty, and thus also to the universal Kingship of Christ Himself. It could be viewed only as a very great evil, they believed, which, quite mysteriously, God had decided to permit, if only for a while, and for the greater good of soon confounding the enemies of Christendom. The Pope himself even spoke and wrote in this way.

But it doesn’t seem to me that it was obviously true. One might in fact think just the opposite, as Newman, for example, was inclined to do. Didn’t we, perhaps, need to be reminded that servants who could fight for Christ and bring Him victory were not, in fact, hovering in the wings as He spoke to Pilate, there by His side as one of the rightful endowments of His Kingship, even if, for the moment, held at bay? We did perhaps need reminding that there were no such servants, in fact no one at all waiting off-stage capable of saving Him. His Kingship is not veiled but made visible in that very dispossession, in the gathering momentum hastening Him towards the revelatory destitution of the Cross.