Posted at 13:00h in Art by St Philip's Seminary, Toronto 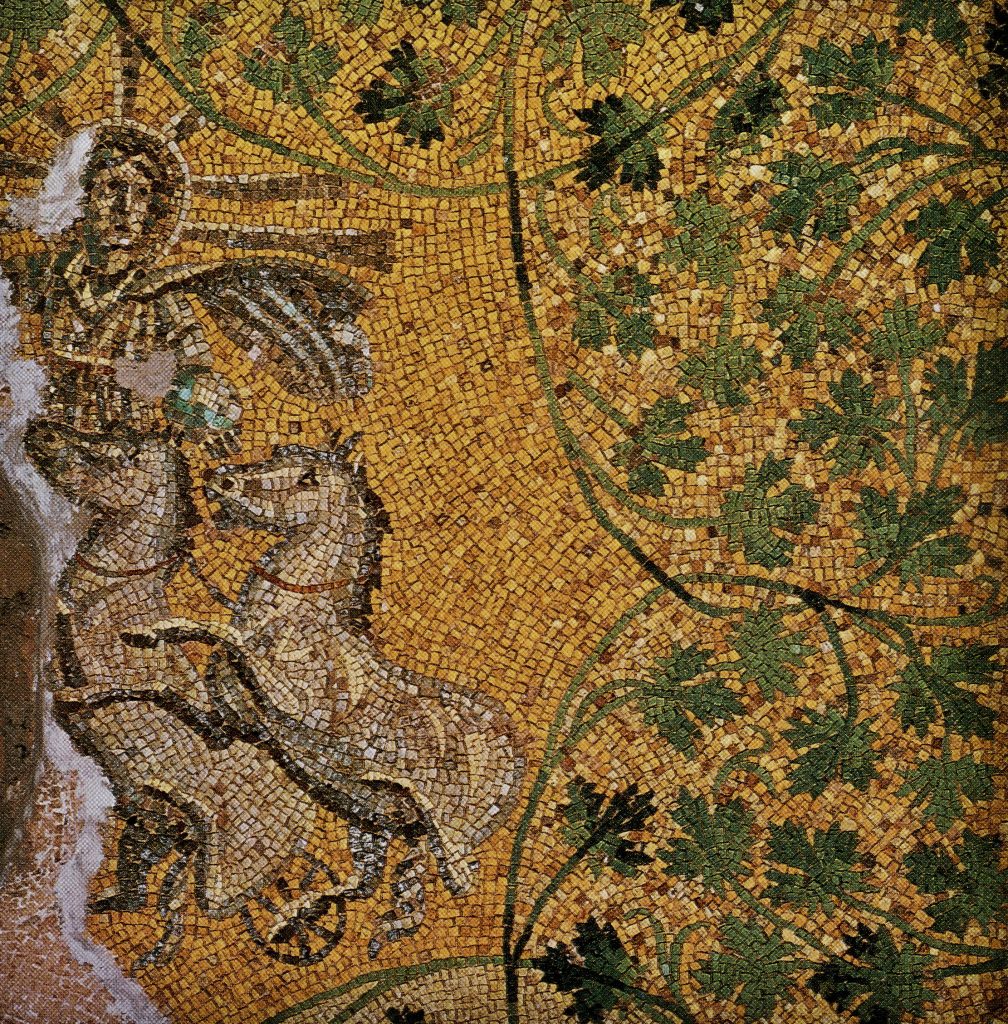 A splendid mosaic found in a mausoleum near the burial place of St. Peter. It shows Christians adapting pagan imagery and mythology to convey the mystery of Christ. In its pagan form, this is an image of the sun god, Helios. The winter solstice, the point in the year when the night begins to recede as the days lengthen, marks his festival. On this day the sun god ascends victoriously in his chariot as his light makes its yearly triumph over the darkness. But for Christians the solstice symbolizes Christ’s birth as the coming of the true light, which the darkness can never overcome. He is the sun of righteousness who, ‘…. like a bridegroom coming out of his chamber, like a champion rejoicing to run his course, rises at one end of the heavens and makes his circuit to the other; nothing is deprived of his warmth (Psalm 19).’ The rays of light which burst from him do so in the form of a cross. The vines that surround him are Eucharistic—they remind us of the blood through which his victory was accomplished and is memorialized. The chariot carries him into heaven, for his victory is definitive.

O Radiant Dawn,
splendour of light eternal and sun of righteousness:
Come and enlighten those who dwell in darkness and the shadow of death.