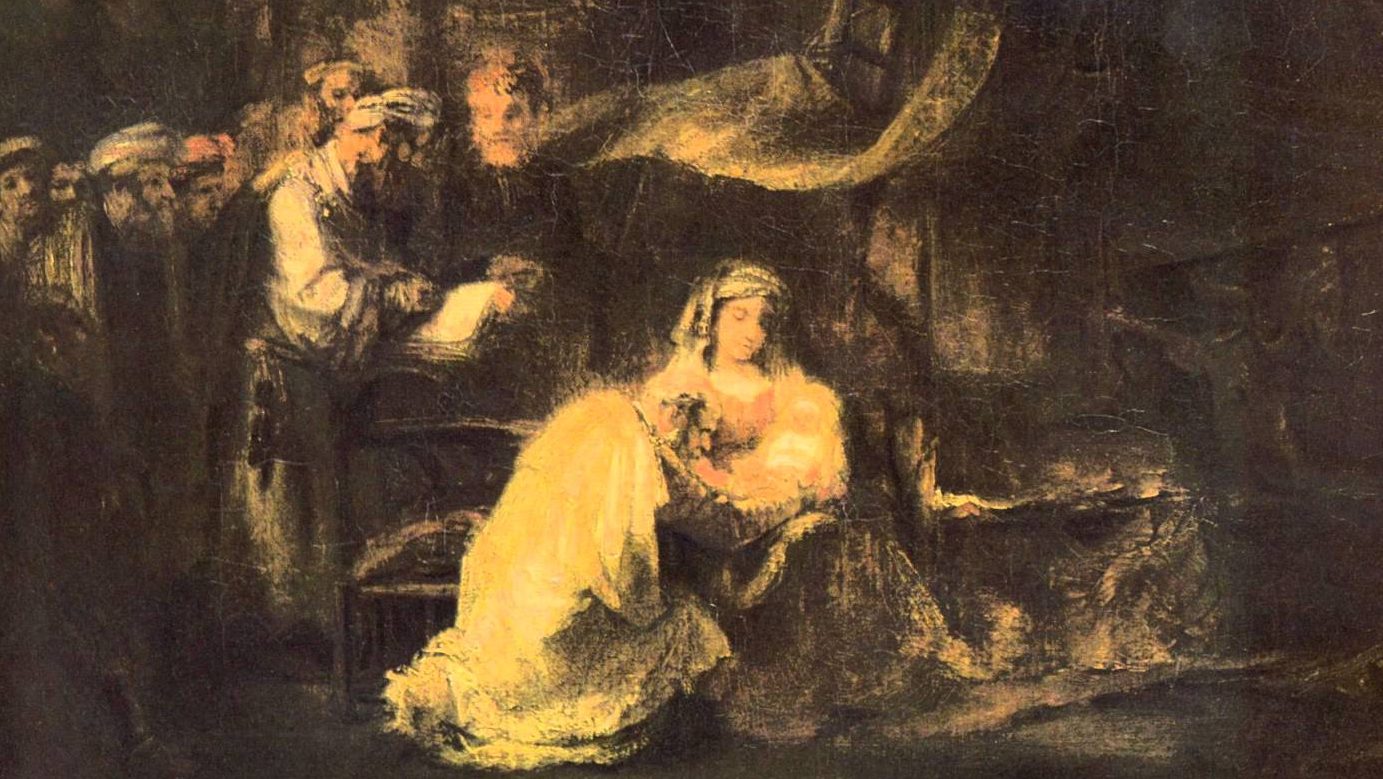 06 Jan Reflections on the Circumcision of Jesus

“And at the end of eight days, when He was circumcised, He was called Jesus, the name given by the angel before He was conceived in the womb.” So much is comprised in these few words, and especially in the circumcision, which is related with such apparent neutrality.

In the strange practice of circumcision, if we consider it historically and culturally, forces mysteriously converge and seem to be distilled in opaque and troubled concentration. The removal of the foreskin seems, in diverse times and places, to have enacted ideals of male physical beauty and sexuality, encoded both social elitism and social marginalization, voiced hopes and fears centred on purity, hygiene and fertility, and been deployed to enforce subjection by means of what was apprehended as symbolic emasculation. In this potent and conflicted history, of course, religious meanings have also been in circulation. But it seems to be impossible cleanly to separate such meanings from the others – upon which the religious meanings seem freely to draw, in ways which it is very difficult to stabilize and interrogate. It is true that in Genesis Chapter 17 God makes circumcision a sign of the covenant between Israel and Himself. But this hardly establishes for circumcision a distinct religious significance. For as soon as we ask why – why was this sign imposed, and why was it imposed then and why there – as soon as we wonder about such questions as these, we are plunged back into the turbulent depths of history and culture, in which circumcision, even in its religious articulations, inescapably has meanings which are both potent and also ambivalent and irreconcilable.

And so when the Word made flesh came on the eighth day to be circumcised, He entered thereby into dark and inscrutable currents of human belief and practice. Such currents cannot be neatly merged and channelled, not even in accordance with systematic religious explanations.

But having said that, we must also realize that this resistance to systematic explanation is precisely what accords to circumcision its authentically religious potency. For religion must surely alight upon every human meaning, and especially those human meanings which explicit and systematic religious thinking struggles to contain. The struggle to contain such meanings does not discredit religion, but instead deepens it. For there is surely nothing more implausible than a religion which tries to set aside for itself an exclusively religious domain, operating narrowly but confidently within restrictions the aim of which is to insulate the religious from the human. If religion truly deals with the mystery of God, and in the light of the mystery of God also with the mystery of man, then it must be in communication with everything that human beings have thought and done. In this communication, the articulacy of the religious voice may sometimes hesitate or even falter. For religion to be in communication with everything human does not mean that it merely blends in with it, of course, but it also means that it does not expect to be able to produce self-assured explanations of everything it encounters. Without either accommodation, on the one hand, or any kind of imperial aspiration, on the other, religion must be able to enter into the depths of human experience, to feel those depths, reverberate with them – even if – or perhaps especially because – the depths are entered only in order, finally, to rescue them.

We might speak here of a kind of chaos – a complexity and turbulence in human life that human thinking cannot adequately order and categorize. Circumcision is one phenomenon in which this chaos surfaces. It puts in play innumerable and irreconcilable ways in which we have experienced our bodies, in which we have imagined and conceived and treated them, in relation to our selves and our social and cultural and religious identities. What makes this chaotic is that there is too much here for us to be able to make final sense of it all: there is too much intensity, too much diversity, too much inconsistency, too much desire and too much fear, in domains of desire and fear which we do not even know how to describe, let alone to master. Here, as indeed everywhere else, there is simply more to us than we can adequately think and lay hold of. And religion is, or ought to be, a way of living in which this excess beyond our comprehension comes uninhibitedly into view, is acknowledged before God and is held out to Him.

And it is surely here that Christianity offers the decisive transformation and consummation of religion.

When He took human nature to Himself, the Son shared, among other things, in the depth, the chaos, in human history and culture, something which no man can grasp – not even, I think, the man Jesus. For we need not picture Him, and perhaps should not picture Him, as endowed in the days of His flesh with a kind of superhuman comprehension of everything in the human condition that baffles and resists everyone else. One of the things that it means for the Word to become flesh is that the Son submits Himself to our condition, He enters it by emptying Himself into it, bearing in Himself the weight of our depths. And in doing this the salvation He won for us does not originate in intellectual mastery, a flawless theoretical comprehension of all things, but rather it consists in the way in which He bore our infirmities, surpassing them not by unravelling them, intellectually, but by offering them to the Father with a Heart transformed by obedience and love.

This transformation of the heart St Paul describes as being itself a circumcision – he calls it the circumcision of the heart – which for Christians is the only circumcision, because in Christ physical circumcision has been superseded. But we should note what this means. For St Paul, the condition of our release from physical circumcision is Christ’s submission to it. When St Paul refers to the circumcision of Christ, he means not only the condition of being released, but also, and necessarily, the Filial submission which is its precondition: the Son can subsequently release us only from what He has first Himself undergone. So Christ submitted to physical circumcision not only because He was a Jew, in accordance with what we might try to think of as a purely religious motivation. Just as the significance of Judaism is seen prophetically in the Old Testament to reside in the universality of its promise, so also Jewish practices, even in their religious particularity, even in what belongs most specifically and intimately to Israel’s covenant with God – even these practices give access to the human condition as such: we have only to think of the way in which St Paul characterizes the Jewish experience of the Law as articulating the whole of human moral experience in its veiled anticipation of Christ, in all its aspiration and in all its failure.

So Christ was circumcised because, in order to rescue us, He first of all had to submit to all the turbulence and obscurity which physical circumcision carried with it and expressed – the whole weight of that ardent and violent legacy by which human histories and cultures have been shaped. Finally that legacy is not local to circumcision: rather, circumcision touches upon it and gives access to it; and Christ, in being circumcised, first of all took that legacy to Himself: for it is included in what is ours, and everything which is ours He willed to make His own, so that He could transform us in Himself.