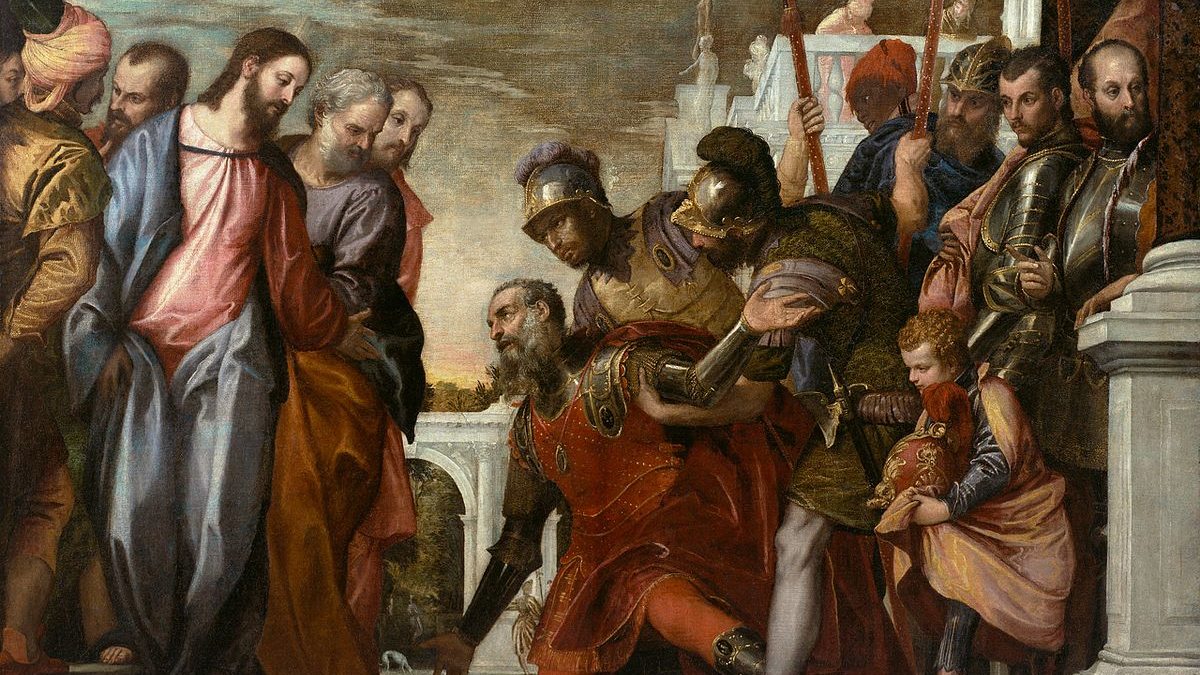 11 Jan Reflections on Learning to Believe

When the Galilean official whose son is ill first approaches Jesus, does he already believe? In fact it is difficult to say, and probably not very important to decide. Like the rest of us, we can say this man is learning to believe.

Something draws him. We are told that when Jesus came to Galilee the people welcomed Him, having seen all that He had done in Jerusalem at the feast. This refers to the Passover and the cleansing of the temple. What did this cleansing consist in? Jesus drove away the buyers and sellers, telling them you shall not make my father’s house a house of trade. Something had broken through here: a vision, originating in the house of prayer, and reaching beyond every calculated exchange of this for that. What this means is that we are to try to start thinking of God and each other in ways that surpass a merely conditional reciprocity, the measuring of our investments by what they can earn us in return. Our horizon is to become Love – giving unconditionally, without any expectation of recompense. The uncleansed temple is an image and figure of the uncleansed human heart, a place of regulated self-seeking: if we go out of ourselves, it is only for the sake of returning enriched. But the cleansing of the heart through the Paschal mystery, enigmatically alluded to in the cleansing of the temple, incorporates us instead into a Love which spends itself without guarantee of reward or vindication. And we can suppose that what draws the official to Jesus has something to do with this, doubtless only dimly apprehended. In this sense he already believes: for what is faith, if not being drawn towards a vision of Love which is, as yet, not fully disclosed?

And yet on the near side of this there is of course so much we need, or think we need, for ourselves and for others. The official appears desperate, his son is at the point of death. So, on the one hand, he is drawn to the horizon of unconditional Love, on the other we find him reaching out only in order to receive. In part, then, he seems detained in the un-cleansed temple, still caught in an economy of exchange. His belief seems conditional – investing only for what it wants to get back, in the final analysis simply a means to an end. Aiming at his son’s healing confines his belief, allowing it to fall short of the unconditional, and therefore less than everything faith aspires to be. And so Jesus…said to him ‘Unless you see signs and wonders you will not believe’.

We recognize, then, that the official isn’t yet where Jesus wants to lead him. But we also recognize that this doesn’t seem to matter, because even so Jesus gives him what he asks. To see why, we have to go deeper.

First, then, I think we sympathize very much with the official – for we find him where we find ourselves, suspended between the many things and the one thing necessary. In fact many of us might not be so far ahead. True, he approaches Jesus conditionally, but already beyond a narrow spirit of reserve and calculation: his request has a pathos and an urgency, and it is not made for himself but for another. But over and above this, when Jesus tells him that unless he sees signs and wonders he will not believe, his response is very interesting. For the official all but repudiates the gesture which Jesus has just performed, refusing the distance taken from his paternal distress and above all from the needs of his son. The official said to him, ‘Sir, come down before my child dies’. Come down – it isn’t perhaps too fanciful to hear a quite specific resonance in these words: they insist not merely that Jesus visit his son, but that He step down from a height, a loftiness, which seems to prevent Him from seeing that it is the urgency of the need, not the quality of the request, that is paramount. In short, it is as if the official rebukes Jesus, saying to him never mind my disposition, let go of this refinement you are insisting upon, can’t you just do what I ask of you?

And the amazing thing is that, despite the official’s almost irreverent insistence, Jesus does so.

Well – who among us hasn’t already, or might not in the future, feel the current of anguish which runs through the official’s words? Religion – or at least a very typical register of religious discourse – speaks so insistently of the sinfulness, or at least imperfection, of human motives, so often reminds us of how compromised we are in God’s sight, of how far we are from Him, of how there is nothing we can demand or expect, that it can seem as if holiness and justice are God’s primary characteristics, with nothing left to us but a kind of baffled awe. When religion speaks in this way, it emphasizes most of all the gulf between God and man. Sometimes this seems sustainable, theologically and spiritually, if not exactly humanly. But when suffering enters in, when the afflictions which can ravage us seem to make our lives repugnant or even unendurable, then everything seems different. At such times, to be reminded of the transcendence of Divine righteousness and the immanence of human depravity no longer suffices. There is an urgency to our need for God’s help which nothing can tame. And when this happens – if, indeed, it isn’t happening all the time, somewhere or other in the world – when this happens, faith cannot look away, contenting itself with answers the real purpose of which seems to be merely to preserve religious equilibrium. An intimate boldness enters in. Sir, come down before my child dies. Even the saints, in fact perhaps especially the saints, give voice to a kind of anguish that cuts through and moves beyond a reverent reserve: as when, battling affliction, St Theresa of Avila said to God: since this is the way You treat Your friends, it is unsurprising You have so few of them.

There is something real, and therefore something liberating, about St Theresa’s words. Far from setting us further away from God, such undecorated urgency of anguish and astonishment articulates precisely the place in which we are enabled to draw closer to Him. Such articulations, I would like to say, finally treat God seriously. That is, they finally treat Love seriously.

What does this mean? It means that we approach God, we approach Love, as Love inspires us to approach, not with a kind of pious reserve, not cautiously and faint-heartedly, not with the sense that we have to be a certain way before we will be granted an audience, not in any way trying to hide or disguise our inadequacies – but simply by entrusting ourselves to what Love is and to what It does. To take Love seriously is to make a claim upon it, not as a matter of what we have earned and deserved, which is to step away from Love and back into an economy of exchange, but simply on the basis of trust, entrusting ourselves unreservedly to Love precisely because this, and only this, responds fittingly to what it shows us.

For a time, and inevitably at a certain distance, we can content ourselves with honouring Divine holiness or Divine justice, perhaps because in the end it is, for the uncleansed heart, these qualities which are most impressive to us, especially when they validate and sanctify a pessimism, and a disdain towards humanity, which we too easily find congenial. But ultimately this isn’t what is asked of us. What is asked of us is that we enter, however inadequately, into love, that we become, however inadequately, lovers.

And lovers are wounded, impassioned, unconcealed people. They are prepared to be hurt and baffled and yet not to give up, because ultimately no reserve is tolerable, either in themselves or in the one they love, even if the price is a kind of humiliation. Lovers know their inability to love and to be loved as deeply, and as well, as Love shows them, an inability which they cast wholeheartedly upon the altar because only Love Itself can accept the burden of their incapacity and overcome it. Lovers, indeed, in as much as they are truly lovers, are not so much in love with each other, as they are in love with Love Itself. A lover’s intensity comes from his confidence that love will win out, in himself and in those who are given to him. The lover loves, not finally for his own sake, or even for the sake of the ones he loves, but he loves for Love’s sake, which is to say for God’s sake, that God Who is Love should manifest Himself everywhere and encompass everything.

This is something the official in this Gospel pericope has begun to understand, and it is something he is emboldened to act upon. For all his inadequacies, it is as if he says to Jesus: Can’t you see what I am asking, and what answer Love must give? And of course Love sees all this. Immediately Jesus said to him, ‘Go, your son will live’.

And now, for the first time, the Gospel pericope speaks of the official as believing something. The man believed the word that Jesus spoke to him and went his way. Faith, moving behind the scenes as it were, has become visible, opened out and advanced, because of the venture and response of Love. The official has given voice to his own, doubtless very imperfect love, which he has nonetheless boldly insisted upon, with the boldness of a child; and he has found this love recognized in Jesus, taken up, confirmed: a resonance is set up, a dialogue begun, an unforeseeable journey is underway.