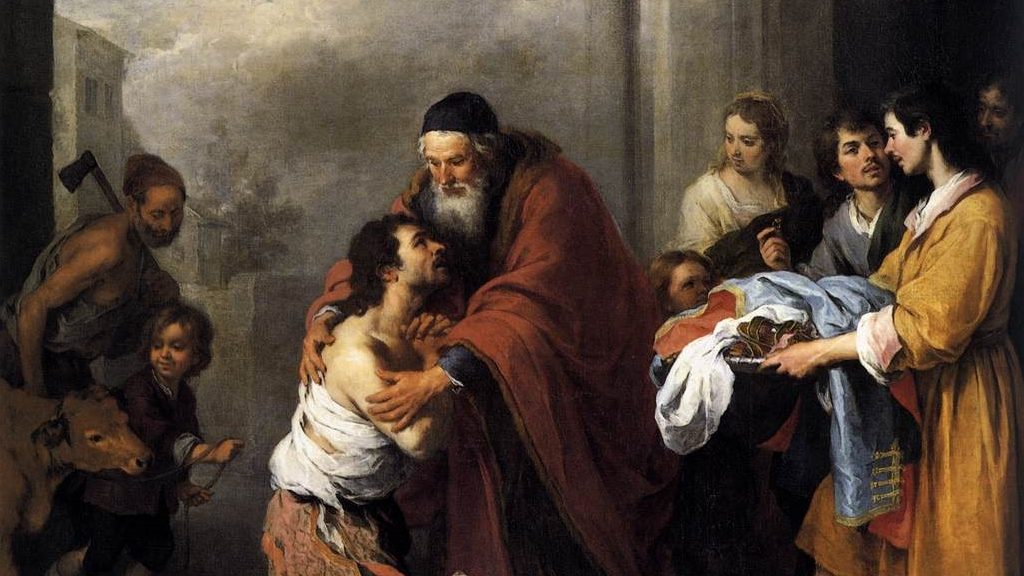 18 Jan Reflections on Severity and Generosity

Blessed Anthony Grassi, superior of the Oratory in Fermo for thirty six years, from 1635 until his death in 1671, once said that he did not know how to be severe. He was indeed celebrated for a gentleness that was also potent, we might call it generative: a capacity to receive the troubled and the guilty, and in receiving them reassuring and restoring them.

But this lack of severity – was it always a strength, or was it, perhaps, sometimes also a weakness? The answer will depend upon the uses to which we think severity can be put.

And here we are likely to think at once of justice, and especially the justice of punishing those who go astray. Doesn’t this sometimes demand severity, a kind of impersonal truthfulness and objectivity, in which every other consideration is subordinated to the requirement that debts be paid?

In this context we might even speak of Divine severity, in which our own severities can justify themselves by aspiring to participate. For doesn’t God Himself insist first of all upon justice, the strict equilibrium of due reward and due punishment, with mercy appearing only as a strange, perhaps even inexplicable, supplement, offered as He wills but not at all to be counted upon, since the severity of justice always remains His default position, His bottom line?

Certainly it easily remains our own – in our dealings with others, and also in our dealings with ourselves, including how we think of ourselves before God. Severity is something we understand and something we expect – and for these reasons is perhaps also something we even desire. For justice may indeed be severe, but at least we know where we stand. The severity of justice ensures intelligibility, a manageable and foreseeable order of things: in short, it makes sense. Mercy, by contrast, is wild, unfounded and unpredictable. If mercy were the air we breathe, where would that leave us? And so we readily accept thinking of it as necessarily something selective, even exceptional – and we perhaps never succeed in believing in it with an assurance comparable to our sense of the inescapability of justice – that sense which, depending upon how our lives are going, tends to make us either rather self-righteous or rather fearful.

What, then, can we do with someone like Blessed Anthony, who doesn’t even know how to be severe?

And yet we should consider that this, more than anything else, shows what was of God in him.

For despite our deeply-rooted tendency to think otherwise, Christianity in fact reveals to us that God Himself does not know how to be severe. I mean that the exact calibration of reward and punishment isn’t His bottom line. It isn’t His bottom line in creating us in the first place, nor in redeeming us from sin, nor in calling us to share in His own eternal life. None of these is intelligible at all according to what we have been calling the severity of justice, the closed system of debts implacably incurred and equally implacably repaid.

If we think of such a system as fundamental or foundational, then we miss everything that the Gospel wants to teach us. We turn the gift into a bargain, whenever we think of creation or redemption or eternal life as offered only with multiple qualifications in small print, with strings always attached, strings which tighten when we think in terms of what God owes us or does not owe us, or of what we owe to Him.

Even now, it seems, we have to go and learn the meaning of His words I desire mercy not sacrifice.

God desires from us, not the sacrificial repayment of what we owe, but our readiness to receive, ourselves, and to share with others, the mercy which lies at the heart of what He gives us. For our relations to Him are entirely governed, from beginning to end, by His gifts, which He offers us unconditionally; and His gifts are always, at the same time, expressions of His mercy. They are merciful because they are always ways of enriching us in our poverty – whether it be the poverty of our nothingness, which the gift of creation overcomes, or the poverty of our sinfulness, which His gift of redemption surpasses, or the poverty of our distance from Divine life itself, which the gift of heaven definitively leaves behind. And so the mercy of the gift, the gift of mercy, is indeed the air we breathe; from God there is nothing other than mercy; and if there is anything besides, it is we who produce such dark excess, when we burden and distort His gifts with our sins.

So we need have no fear that, in the severity of justice, God will withhold anything from us; what we should fear is what we can withhold – in other words we should fear our unwillingness, which at times can seem to amount almost to an incapacity, to desire or to receive or to abide by the gifts which God desires to see realized in us. Our repentance is therefore always a return to Divine generosity, a turning back towards what He has already given us: it is then that we acknowledge that His gifts always go before us, always precede everything we can be or do; it is then that we re-experience ourselves, precisely, as always already gifted by God, as given to beforehand: it is then, in other words, that we experience ourselves as fore-given.

Blessed Anthony was therefore right to leave behind the severity which alternately flatters and dismays us. We have no cause to be flattered, because everything is given us, nothing is fundamentally ours to claim and to possess; and for exactly the same reason, nothing should dismay us, morbidly confining us in an heroic sense of unworthiness – for of course we are unworthy, and this is the whole ground of our confidence in God.

And so our only desire in life, Blessed Anthony said, should be to praise God and adore Him in the Holy Sacrifice of the Mass. He who hears Mass with devotion every morning cannot fail to be a friend of God. This is exactly right, once we remember that the Mass is above all thanksgiving – the thanksgiving by which, in the Holy Spirit, the Incarnate Son offers, in Himself, the gift of a redeemed and glorified creation to the Father from Whom everything itself originates as a gift. In the Mass, simultaneously, the whole Trinity draws and re-forms us as participants in the same movement of thanksgiving. This movement has its own unconditional rigour, beyond the meagre severity of justice: it has what we might call the severity of Love – but that is another story.