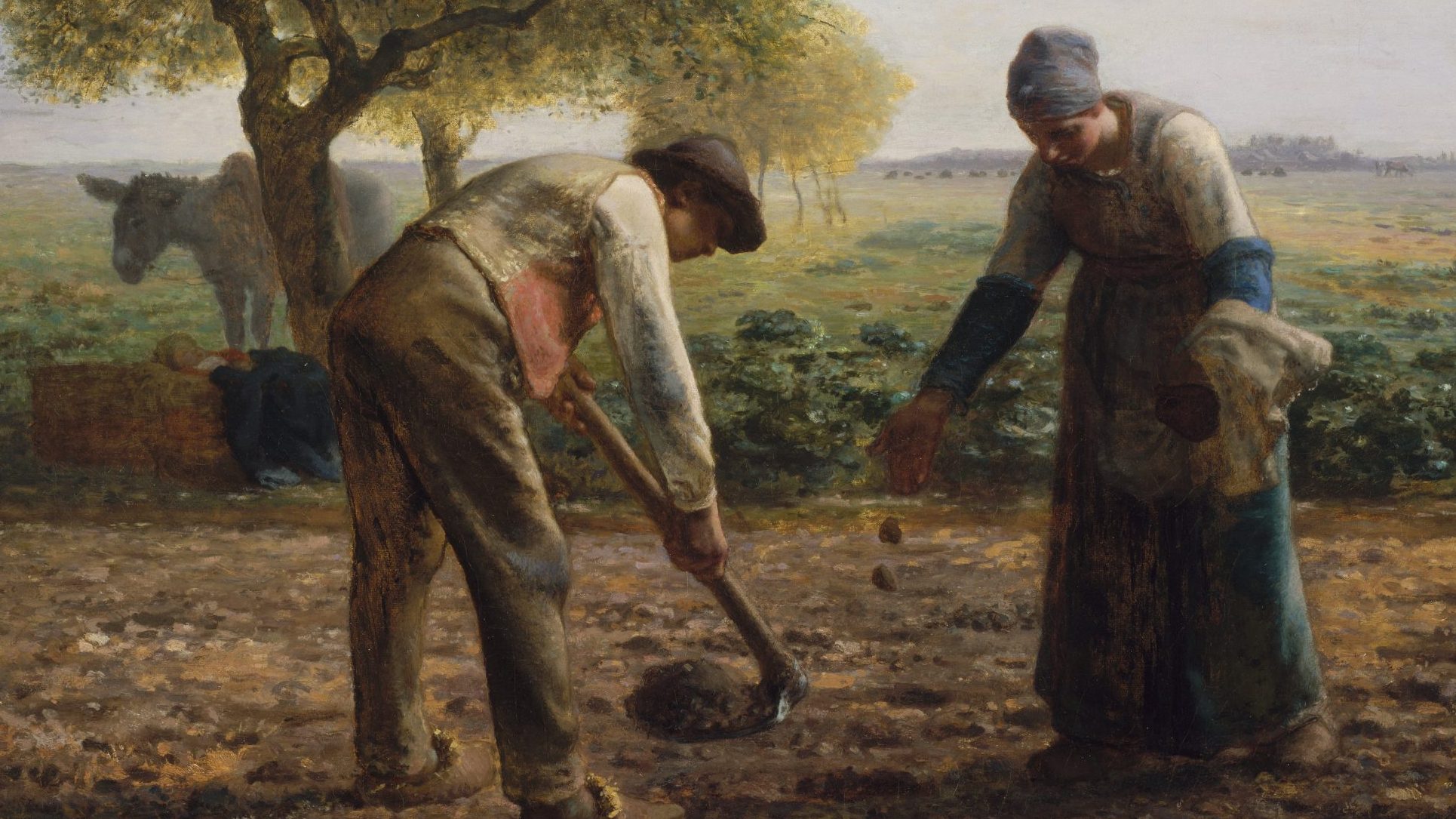 Posted at 17:00h in Poetics by St Philip's Seminary, Toronto

There is no truth in the allegation that I’m against all liberals. I am, for instance, in favour of the liberal arts. Thanks to the other liberals, however, our “systems of education” have collapsed, along with our broken families, to a level where the term must have little meaning. The distinction between the artes liberales and the artes serviles becomes lost on people who, as Josef Pieper indicates (passim), make only a distinction between “work” and “spare time.” This is to favour the artes serviles.

Servile work is done for some other purpose than the work itself. It is what the gentlemen have been doing downstairs, and are doing again for the sixth time in the last decade: digging up the street. They may no longer remember why they are doing it — the task began with the problem of burst pipes in winter, but was complicated by efforts to fix that, which involved extreme forms of municipal incompetence, abetted by arbitrary union rules. Still, the workmen expect to be paid, and that seems reason enough for them to keep digging.

I have mentioned before, have I not, that modernity can be conceived as an immense make-work project, in which the work to be done is constantly increasing at a rate much faster than the work that can be accomplished, all of which will need re-doing anyway.

Perhaps gentle reader has detected the unconscious adaptation of my prose rhythms, to the cacophony of jack-hammers, pavement saws, and the infernal back-up alarms now installed by law on machinery that moves as often backwards as forwards. Or perhaps he has noticed logical slips, explicable from the fact that I am being driven nuts by week after week after week of this, starting every morning at seven o’clock. I have come to imagine Hell as a vast, ultra-modern, construction site.

It is true, with equipment like this, the Egyptians could have built a million pyramids. But soon they would have run out of space, and in order to maintain full employment (one of the economic policies in Hell), devoted themselves instead to replacing their pyramids. At which point, the quality of pyramids would necessarily decline, from the knowledge that each is going to be demolished by the next shift of pyramid workers.

There was a city lot still occupied by a gas station, when I first moved into Parkdale, more than ten years ago. It is presently cleared for car parking, but a small billboard announces the next building scheme. In the time I’ve been walking through this neighbourhood, there have been two other buildings on that site: first a line of cheap, single-storey retail shops, that nobody wanted to rent; then a 24-hour “convenience” store, that nobody found convenient. Both evocative of brick lavatories.

Much servile work is to a good purpose. Agriculture is important, I insist, although it is now despised as a vocation; and has been fully mechanized, to disturb all peace. I am also a secret fan of textiles, though I hardly approve of current mass production, mostly imported from far, far away. And I’m not, in principle, against building houses, or even roads, cobbled in the Roman fashion. All these things can be made well, or poorly. My preferential option is for beautiful, and well.

Even the most necessary labour, to a purpose outside of itself, is vitiated if there are no gestures of liberality. These tend to sneak in wherever bureaucratic code standards are whimsically relaxed, and the strictest requirements of cash are neglected. (Codes are designed to identify, and thereby universalize, the lowest acceptable standard.) The mischievous thought, “Let us make this better than we need to make it,” insinuates itself. (We might call this the Bridge over the River Kwai principle.) Let us make it as if the fate of our souls depends upon it. (Because our fate does so depend: “God sees every sleazy little short-cut you take,” as my papa once explained.)

God, in the form of that son of a carpenter, Jesus the Christ, calls us to be perfect. This means everything we make should be perfect in its kind, within the natural limitations of our stupidity and awkwardness.

Heidegger says somewhere that “truth is freedom,” and as ever with that man there is something in it, though not much. Mostly he talks piffle, but some of it sounds grand.

So let me use that to segue back to those artes liberales.

Our mediaeval predecessors, and the classical ones who predeceased them, built curricula around the notion that man is of value, qua man. We should aspire to raise his condition, even in plainly practical ways. If not all men, at least some could be taught there are arts above the servile; that there is more to “spare time” than, say, circuses, or football games, designed for the couch tubers, from their desperate need to be entertained in the moments when they are not working, or sleeping, or copulating, or gorging on junk food. There should be things done not only at a pitch above sating crude appetites and killing time, but to ends that are in their nature mysterious, and thus involve contemplation.

Drawing is like that. One draws and paints, or at least I have done, not for the industrial purpose of “making art” — which is a potentially servile activity, and would anyway require more talent than I seem to have at my disposal. Rather I do it by way of teaching myself to see. Through this exercise I discover how little I saw, before trying to draw it, not only in the works of real artists, but in the other scenes arranged moment by moment right before my eyes. Only in the effort to transcribe, or better, represent it, do I begin to notice what is there. (All the best photographers can draw, incidentally.)

It is so with music, too, for those who try to sing, or play upon some instrument — as opposed to listening passively, at less than half-attention, to the musical equivalent of filth. Chesterton says anything worth doing is worth doing badly, and I will agree, with the qualification stated above: that it is the best we can do. Love requires no less of our “hobbies”: for there is that pixie of aspiration, deeply implanted in the human breast. We long to find or to make what is worthy; to be lifted — as opposed to dumped, in the mire of our depravities.

We are Homo Ludens, man at play. This begins in earliest childhood (before birth), and continues ever after in that spirit of mimesis, or let us add the Platonic diegesis (story-telling) — the spirit of “imitation” (weak, inadequate English word). It is a process by which we discover what is “useful” only by the occasional accident; in the main it directs our attention to what is good, beautiful, and true — to the “poetics” in command of all Creation, in all directions beyond human reach, and thus everywhere apparent to those who look; to every man who would “see” with his whole being.

“Spare time” is wasted on the contemporary man, who is taught from the start only to consume, and to work only towards fulfilling the requirements of consumption; to seek the pleasures of the fatted beast. He is taught to condemn whatever is useless or irrelevant to this cause; to be a pig in pursuit of acorns. And this is true even when e.g. he tires of acorns, and in his human complexity, turns to sexual and other perversions instead. His only “right” is to consume. He is clocked, statisticized, and shivved towards this end, and our entire moral, aesthetic, and metaphysical order is bent to the requirements of production and consumption. This makes him utterly servile.

I am trying to encourage a slave revolt.