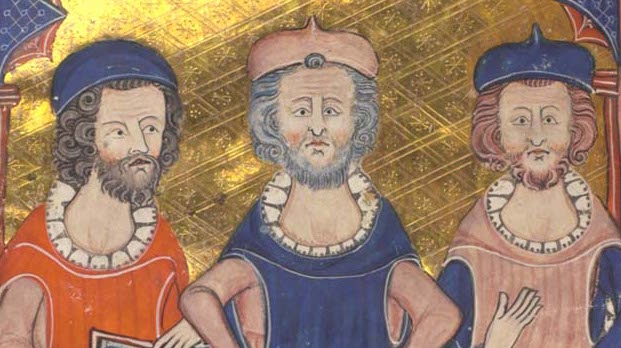 30 Jan How to breed monsters

For some centuries now, the method of the progressives has been certainly anti-clerical, and even Averroëist; yet it is commendably mediaeval for all that. It is to identify “a problem” and then “solve” it, by making it larger.

Let us say, for instance, that someone is starving. A narrow and impulsive solution might be to bring him food. But if, rather than succumb to arbitrary doctrine and fallible instinct, we were to stand back, we might see that others are starving, too, including classes of humanity which we might research, and eventually define. By hard work in this long study we might classify the groups, analyse their respective conditions, and propose the means by which the larger problem of hunger could be “scientifically” alleviated.

Meanwhile the poor wretch has died of hunger, but to the progressive mind, hardly in vain. He was after all the inspiration for all this brilliant inquiry, and the new faculties of human enterprise that it launched.

Frederick II, Hohenstaufen (1194–1250), was a pioneer of modern science. He kept up an international correspondence from his princely court, wrote a carefully-illustrated treatise on falconry, sponsored mathematical competitions and congresses to discuss this and that. No effete bureaucrat, he also conducted experiments to put dogmatic ideas to empirical tests. For instance, he locked prisoners in barrels, to watch if their souls emerged at the moment of death; and raised newborn babies in complete sensory deprivation to find out what language they would speak.

At the universities of Padua and Bologna, where medical faculties were established entirely beyond the control of the Church, the new art of dissection was advanced. The ecclesiastical authorities had previously frowned upon that sort of thing. In Paris, and elsewhere, dissections were banned. But we owe our modern knowledge of anatomy to that pioneering escape from the scholastic ontological perspective, with its logical subtleties and bookish pedantry. The medicine men were also eager dabblers in the science of astrology, from which, arguably, our modern astronomy gradually emerged, if by accident more than by intention.

Moreover: Did you know? That Galileo was once put on quasi-trial for opposing the received Aristotelianism of the academy in his day? I bet you did know that, gentle reader. But it is interesting also to know that for three full centuries before that, not one man, nor woman neither, was visited by the Inquisitors for anything resembling a scientific investigation.

We must go all the way back to conservative Paris and the year 1277 to find an episcopal condemnation. This was the famous occasion when Stephen Tempier, archbishop in that town and thus effectively rector to her celebrated university, condemned two hundred and nineteen theological (40) and philosophical (179) theses being taught in his Faculty of Arts. It was a formidable “syllabus of errors,” and among the victims were the flourishing “experts” on necromancy, witchcraft, and fortune-telling.

Two hundred and nineteen is a lot of propositions, and the document is fascinating as itself a carefully constructed, encyclopaedic survey of anti-Christian nonsense, much more exact than its reputation. Nor did it finger any individual practitioner of the dark intellectual arts, though we are given to understand that Siger of Brabant and Boethius of Dacia took personal umbrage.

The topic is very large. Pierre Duhem (1861–1916), one of my greatest intellectual heroes, propounded the notion that modern physical science emerged as a consequence of this sorting out, in which, additionally, profane Aristotelian ideas received through the Arabs were put suddenly on the defensive. (That is an oversimplification, but I think it will do for my idle purposes.) Duhem flagged this as, paradoxically or not, a tremendous inspiration to free inquiry. (The very inquiry that Galileo was alleged to have taken too far, with scholars in the Protestant realms demanding he be executed.)

It was Duhem who first scandalized our own modern scientific establishment, early in the last century, by showing that the scientific breakthroughs of the seventeenth century relied on much earlier advances, and were in the nature of continuity, not rupture. This was interpreted as a fiendish impingement on the vanity of modern science, which conceived itself as a rebellion against the dogmatic slumbers of the Middle Ages; and the attempt in France to suppress the publication of his findings continued until it broke down in the 1950s, and the last five volumes of Le système du monde were allowed to appear.

More fundamentally, I think Duhem began to show that there are no scientific revolutions. When any civilization is stable, there is a cumulative progress of knowledge about how nature ticks; and the Renaissance of the Twelfth Century, and the “breakthroughs” of the Seventeenth, were merely accelerations of this world’s most remarkable run of accumulation.

It is now, finally, running into the ground, or has been since the eighteenth century (a.k.a. “the Enlightenment”), owing to the imposition of a false premiss upon all fields of knowledge, from the empirical to the philosophical, and ultimately to the theological understanding of good, truth, and beauty.

That supposed madman, and real prophet, Joseph de Maistre, explained the reality in Les Soirées de Saint-Petersbourg (1821), an extraordinary book in classical dialogue form. He observes the cancerous growth of Enlightenment, proceeding from a fatal error in ethics. It is the belief that Nature is the “ground, source, and type of all possible Good and Beauty” (this summary is actually from Baudelaire, his essay “In Praise of Cosmetics”), and thus excludes the very possibility of original sin.

From the Enlightenment forward, to no thinking Christian’s surprise, science began to breed monsters. And not in the hobby-horse manner of the Hohenstaufen emperor, but as a tireless, impersonal, systematic, and jealously protected secular enterprise.

Let me specify, for clarity, that God, and not Nature, is the ground — not only of our knowledge but of human decency.

Well, anyway, this is what’s on my mind this morning.