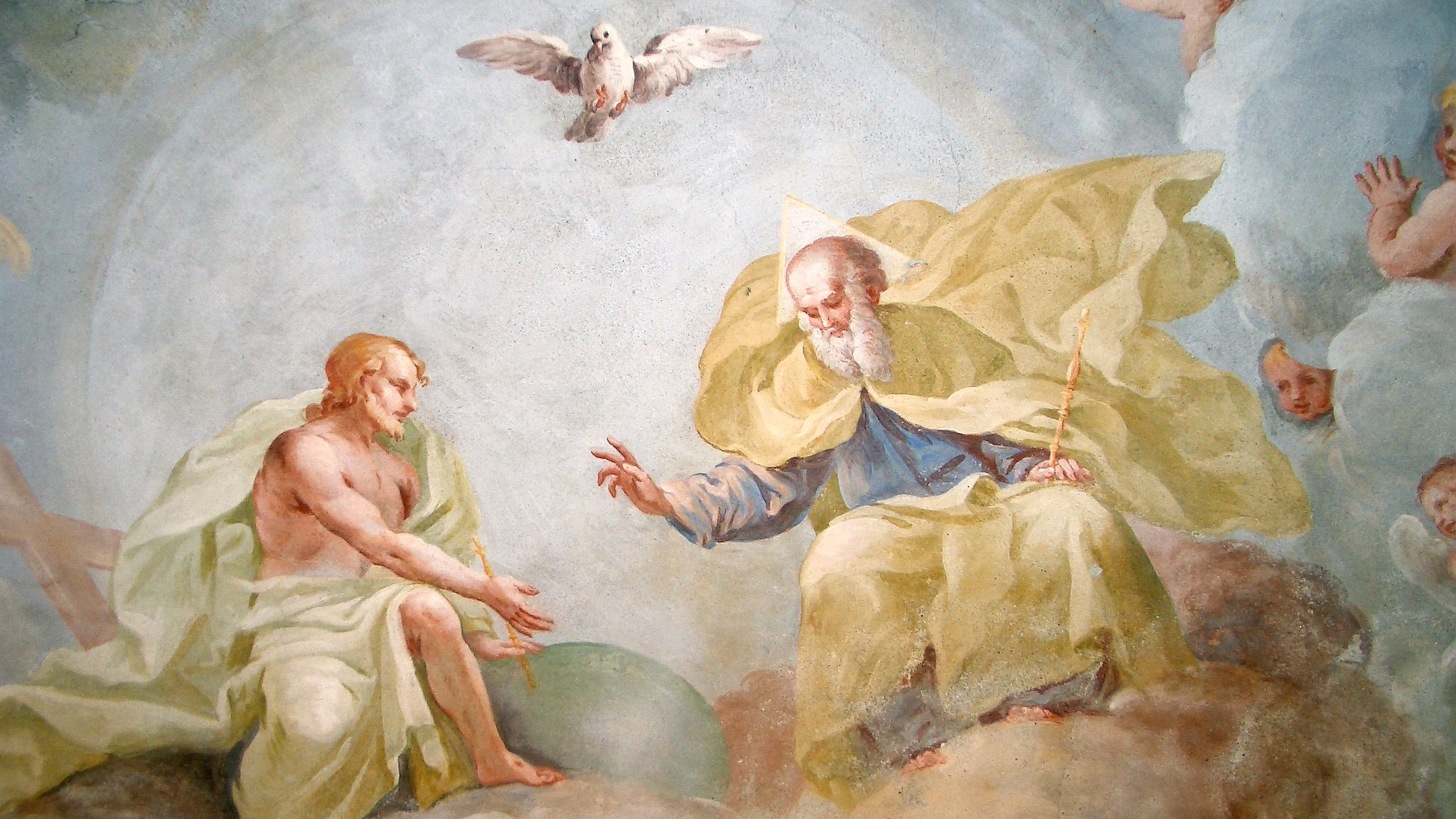 03 Feb Reflections on the Love that Fulfills the Commandments

Posted at 14:00h in Reflections by St Philip's Seminary, Toronto

A second question is this. If love is something positive and active, it also seems essentially selective, something we offer to some and not to others. When we think of love we think of family or friendship or sexuality – types of relatedness which are incapable of being established indiscriminately, with everyone. Just as love seems evidently to go beyond merely avoiding doing harm, so also it seems to resist generality. And yet St Paul appears to teach the opposite: he seems to say that we must, indeed, love everyone, without distinction. But how is that possible?

St Paul, in other words, seems to be forgetting two things simultaneously: the active and energetic reality of love, which places it beyond mere avoidance of harm, and its inherent and intense particularity, which puts it beyond anything we could accomplish universally. From either point of view, we may begin to feel that whatever Paul means by ‘love’, he doesn’t mean what we mean by it.

And in fact this conclusion isn’t mistaken. He does indeed mean by ‘love’ something which we are disposed instinctively neither to understand nor even to want. And in this he echoes the teaching of the Catholic tradition about what love or charity is and why it enjoys the primacy accorded it. What our culture means by ‘love’, indeed what ‘love’ is for fallen men and women in all times and places, is incapable of unlocking this teaching for us. From the perspective of Christ, and especially of Christ Crucified, human beings in fact have to relearn what ‘love’ means. We have as it were to start over with love; we must be prepared to be taught afresh about something which seems so fundamental that we can at first hardly conceive that we have failed properly to understand or even experience it authentically.

Of course we believe that love is a good thing. That’s why we spend so much energy and anxiety on having people to love. But in all this, are we not usually thinking predominantly of what is good for us, of what satisfies or appears to satisfy ourselves, and only secondarily, if at all in any real way, of what is good for the person whom we say we love?

All human love is naturally tainted, at least, with self-centredness, and a great deal of it is much more than merely tainted. Self-centred love arises everywhere: not only in the clearer cases, such as sexual obsessiveness, but also in marriage, in families, between friends. Its satisfactions flow from using others in various ways, in order ultimately to feel better about ourselves; and to that extent what we call ‘love’ is not only not good for others, it isn’t good even for ourselves. Of course the satisfactions of it can be intense; but intense satisfactions aren’t necessarily a sign of goodness. In short, we accord a vast significance to ‘love’ in various forms, but so often identify as ‘love’ something which is in truth a more or less disguised form of self-gratification. The reassuring and exhilarating rhetoric of love constantly fails to match the reality which we live out in its name.

Perhaps the deepest and most demanding dimension of Catholic faith resides in the truth that it is only in the grace of Christ that this prevailing failure of love can be overcome. In Christianity no fundamentally self-centred relation to another deserves to be called love. For the essence of love, in the Christian vision of it, involved being other-centred. This is so, not merely in the sense that our love must in some sense be directed towards another person, for of course in an obvious way even the most self-centred of feelings can be said to be ‘directed towards’ another. The other-centredness of Christian love is radically and fundamentally different, difficult even with grace, and impossible without it. To begin to enter into it, we have to look at the Cross. And there we begin to learn a love in which everything is directed towards the good of another because it is their good which one desires, not for one’s own sake, but precisely and only for theirs.

And yet, having got to this point, a hesitation might set in. St Paul, we recall, says that one must love one’s neighbour as oneself. And doesn’t this make sense only if loving oneself is legitimate, and not only legitimate but also in some way our starting point?

The answer to this is that one must indeed love oneself, but only in the sense in which one must love everyone else, and in no other way. That is to say, one must desire for oneself only what is good. And this is where the paradoxical but inescapable truth of the Gospel really begins to come into view.

For if loving oneself is desiring one’s own good, then what is shown to us in Christ is that we can love ourselves only in loving others first, because it is in this and in nothing else that our own good consists.

And here we have to be careful not to water down what’s being shown us. We don’t love others because it is our own good: for that would be just another way of using them. Rather, we are called to love others for their sake, and only in responding to that call do we find that it is in this way alone that we in fact are able to receive the good for ourselves. The good for oneself is therefore not the end or purpose of loving others; it is rather a wonderful and incalculable effect of loving them. For if one tries to make loving others somehow circle back to oneself in the end, one will find that one in fact fails to love them, and thereby misses one’s own good as well. Loving others, in other words, is what matters here; the good that loving them is for oneself can be received only indirectly, not by seeking it, but only when one has set it aside, one might even say forgotten about it, so that over time it is given to one as if by accident, unforeseeably. To love one’s neighbour as oneself, then, does not mean that one begins from self-love and works outwards; it means, on the contrary, that one begins from the neighbour himself, loving him in place of oneself, with all the primacy that one would naturally accord to oneself being accorded, instead, to him.

One must, in other words, de-centre the self, if one is to love it; set it aside, if one is to receive what is good for it; one must first consent to lose one’s life, if one is eventually to find it.

Now in the light of this we can return to our two initial questions and discover that St Paul may not, after all, be so difficult to understand.

First, when St Paul tells us that the Commandments are fulfilled when we love our neighbour as ourselves, this can be seen as enshrining the demand to overcome self-centred relations with others, relations in which we use and manipulate others as means to the end of our own satisfaction. And if we conceive of them in this way, we find that the Commandments aren’t and cannot be merely negative, completed in the avoidance of harm, but take the form of an active and positive overcoming which is exactly coincident with the work of love. The Commandments in fact invite us to a transformation of relationality: and nothing short of centring yourself upon what is good for others will accomplish the de-centring of yourself in which this transformation consists. If we try merely to avoid doing harm, no such de-centring takes place: on the contrary, we preserve self-centredness by consigning others to a peripheral status in which, left alone, they no longer claim our attention or concern. This kind of avoidance turns out to be a more subtle form of using them to our own ends – not, this time, by being tied to them in order to satisfy ourselves, but instead satisfying ourselves by being detached from them, enjoying the dubious serenity of being uninvolved. Only the active involvement of love, the desire for the good of others, can fulfill the Commandments beyond both the grosser and the more subtle consolations of self-centredness.

And secondly, we can begin to see that there is room in all this for different kinds and degrees of love. We are indeed called to love everyone, that is, to desire their good by de-centring ourselves, but not in an undifferentiated way, with a kind of blind universality desensitized to the particular relations we have with them.

There is, of course, a universality to the Christian vocation to love. It means that we must try to overcome ourselves in such a way that we relate to no-one by merely using them for our own satisfaction – for only then do we begin to be free to desire what is good for them. But there are many way of living that desire, and we are not required – and it is in any case impossible – to pursue every possible way for everyone, or even for everyone whom we know.

More specifically, we can be called, in the concrete circumstances of our lives, to desire more actively particular goods for particular people – people whom we have in some special sense been given, and those whom in some special sense we have chosen. Nothing concerning the universality of love, either in the teaching of St Paul or in the Catholic tradition more broadly, requires us to deny that there are, or can be, for each one of us, particular ways of loving particular people. In fact we can say that any and every relation of love will be inflected by its own unique enactment of the pattern of self-emptying attentiveness to others which manifests and communicates itself to us from the Cross of Christ.

For that pattern, that love, is, in the final analysis, Divine, Trinitarian, and hence infinite; and so, as it disperses itself throughout creation, there exists an infinite variety of ways in which it can be received and expressed; and this, Love’s infinite diffusion, is the Divine Law in which every human law must find its meaning and its fulfillment.