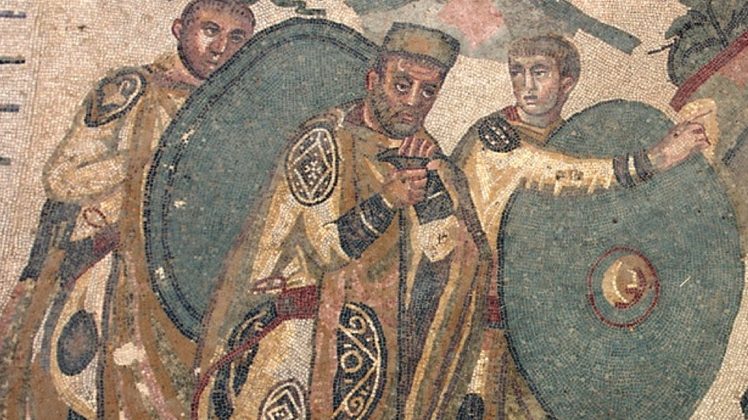 It is for this line that I am, apparently, remembered by a seminary class I taught two years ago. I encouraged my impressive young charges to speculate boldly on matters Shakespearean. I also encouraged them to rubbish each other’s speculations. “Creative destruction,” I suppose Schumpeter would call this, as he did the equivalent in the capitalist economy. But I prefer that kind of thing be confined to friendly, truth-seeking, intellectual debate.

For centuries, brilliant scholars have been proposing intricate textual theories to explain away the composition of the Judeo-Christian Scriptures, and the works of the earliest Church generations. Which is fine, but they ought to be shot down.

The Reformation itself began with brilliant new theories, in the intellectual blaze that followed the Late Mediaeval introduction of moveable type. That is a topic for many other days; a subtle topic, for as Elizabeth Eisenstein and others have shown, the printing revolution was hardly confined to making rare books suddenly widely available. It was also a revolution in tone and attitude towards the great sources of Western intellectual tradition: a new spirit of sceptical inquiry — for better, though more often for worse.

A certain Clement was bishop at Rome, according to ancient authorities (Irenaeus long before Eusebius), in the generation after Peter and Paul. The history is murky, as we might expect, but this much is clear from the Tradition. Clement, first among the “Apostolic Fathers” — high Christian writings temporally just outside the canon of the New Testament itself — comes down to us in two carefully-preserved texts, an epistle and a homily. We cannot be sure of the authorship of that latter, though deadly sure of how it begins:

“Brothers, we must think about Jesus Christ as we think about God, as about the judge of the living and the dead. …”

There can be no credible conflict over the authorship of “First Clement,” however, written (in Greek) from Rome as a letter to the local church at Corinth, and telling the Corinthians to shape up. Nor can the text be much disputed, though some passages might be puzzled over. It is dead clear in the main. And those acquainted with the Hellenistic world, and the genre which Clement has Christianized, will be unsurprised by its construction. It is unmistakably a product of that age when (Acts 17) Paul has stood before the Areopagus and addressed the men of Athens on, “The Unknown God.”

We Christians are as Greek as we are Hebrew. Gentle reader should note that his New Testament is translated from Greek; that from our beginnings, Greek and cognate Latin are the languages in which we think. That from the start, we were indeed thinking, and in the rational categories that came by grace through Athens and Alexandria; as from a Judaism that had itself been Hellenized, even within its native Palestine. Live with it — for that is what happened.

A lot of time has been wasted by busybodied fools arguing that someone other than Shakespeare wrote Shakespeare; that someone other than Homer wrote Homer. (“Another poet of that generation who happened to have the same name.”) The time would be better spent reading such authors. The same is true, generally, of the Church Fathers: better to read them in their breadth, and not with a view to pursuing small vexatious points — inevitably to factional ends.

Moreover, as the history of sceptical inquiry has abundantly shown, clever theories become quickly dated; and the main lines of ancient tradition (inside Church and out) tend to be confirmed by archaeological discoveries. The ability to distinguish contemporary attested fact from parable, or later accretion of legend, is among our natural endowments. Intellectual fashions come and go, or may recur, like style in women’s clothing; the basics remain.

Hence, I will affirm of Clement, that he wrote very early; that he wrote with a consciousness of real authority; that he wrote to correct. He is also in the lists as Pope, in succession to Peter, and if he leaves the impression that Rome may correct Corinth, it is an authority to which Corinth finally subscribes, for Clement’s Epistle is to be found within Corinthian liturgy by about AD 170 (along with Clement’s name) generations after he wrote it. Live with it, O scholars!

And live with it, even though the evidence formidably suggests a universal Church, headquartered at Rome, and governed by a living Pope, in the first decades after the Crucifixion and Resurrection of Our Lord.

But more than that: this Epistle of Clement is already dealing with a crisis in that Church. For the Corinthians to whom it is addressed, are like us.

They call themselves Christian, but are loath to accept Church authority. They are by habit mentally distracted, by every passing meme. They have replaced the bishop and elders sent to them with men more to their own free-spirited taste. They despise hierarchy, and “elitism.” The Eucharist to them is “a thing” like other things; the focus of their prayer was lost with their obedience.

Saint Paul had already chastised them for their “libertarian values,” for their effeminacy of mind and sexual immorality including (goodness me!) open homosexuality; for their reversion to nasty pagan customs in marriage, to the detriment alike of women and men. And a few other things. (It is noteworthy that the post-modern attempt to parse Paul’s condemnation of sexual perversions — to argue that he must have been referring to something other than that to which he was obviously referring — requires forms of insolence and special pleading that he also condemned.)

Clement is following up. Both he and Paul assumed much good in the Corinthians, too: in their hospitality, for instance; their openness to strangers. There is even a hint that the ease of their women and youth — a kind of emancipation — was, to begin with, a good thing. But not good, once it came to entail a loss of respect; an incapacity alike for reverence and for repentance; a dissolution into that spirit of factiousness, of party strife, that Paul (like a divine Tocqueville) had already discerned.

In the finest Hellenistic rhetoric, Clement celebrates the contrary spirit of homonoia (the Roman concordia, our “concord”) among the statesmen, the poets and philosophers, the preachers and teachers of the old pagan polis. No hick, we find him quoting e.g. Sophocles and Euripides, for an audience to which he refuses to condescend. He embeds the new Christian kerygma in the old Greek paideia. He evokes physis — the Greek word for nature, and a natural order (which is nearly opposite the idea of “naturalism” which we substitute for it today).

Clement demands that the errant Corinthians restore their appointed elders to office; that they acknowledge the natural hierarchy within the Church; that the teachings of the Apostles be obeyed; that order and harmony within the Church universal be re-established among them. For we are “all in this together.” He excoriates the arrogance, amounting to madness, now come into vogue among them; the loss of humility which presages that loss of order. Better to offend the presumptuous, he tells them, than to offend against God.

But what I find most remarkable is Clement’s praise (in section 37) for the Roman Army. He admires their discipline, their submission to command, according to rank. He uses the old Greek saw about the parts of the body: that the feet can do nothing without the head, nor the head without the feet. Each part is necessary in its station, and the real consequence of a revolution for “equality” is, and can only be, death to the whole.

Or as I like to put this: “A place for everyone, and everyone in his place.”

Let the strong care for the weak; and both be grateful. Let the wealthy personally care for the poor; and the poor be thankful. Let the wise show their wisdom in good deeds. Let us carefully consider the materials from which we are made, that we redound to the glory of our Creator.

Discipline and training thus goes much deeper than the sergeant barking on the parade ground. For every part of us must stand, courageously, in battle. We must “be prepared,” must be ready-aye-ready against the temptations and punishments of this world. This the Corinthians are not.

We must not have soldiers who will fold — the way we have been folding.

For we are all Corinthians now.