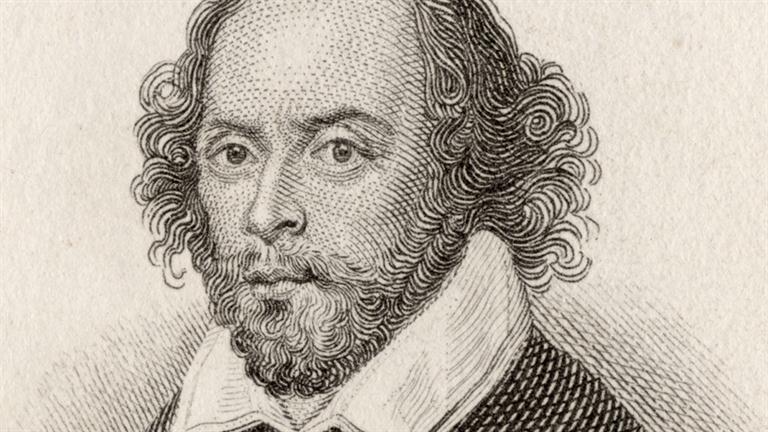 I have the grimmest memories of being taught Shakespeare. It happened in a high school in Ontario in the ’sixties. I’m sure that my teacher meant well. It was on the curriculum, and what could she do? It started with Romeo and Juliet, in connexion with which we were taken to see a movie. This was also called “Romeo and Juliet,” directed by Franco Zeffirelli, and starring Leonard Whiting and Olivia Hussey. Tell the truth, I fell in love with the actress — for hours; days maybe. But then I’ve always been a fool for women. We were taught not the play, but the movie; then as we moved on to The Merchant of Venice (I think it was, I wasn’t paying much attention) we were taught not the play, but “what it all means.” I can only bear that when the teacher has some notion of what it all might mean, herself.

My interest focused curiously enough not on Romeo, nor Juliet, nor any of the powers at play in Verona, but on Friar Laurence, and his charitable if somewhat naive efforts to prevent bad things from happening. Shakespeare here and elsewhere had the nerve to present Catholic monks and nuns in a good light, after they’d been scoured from the English landscape. Pay attention, and know anything at all about his times, and one will see that he has consistently reversed the “stereotypes” promoted in Elizabethan England. There, as here today, the traditional practitioners of religion were satirized for corruption and hypocrisy. In Shakespeare, instead, the monks and nuns scramble about trying to fix one mess or another that the worldlings have created for themselves, and somehow reconcile them with Our Lord. We see plainly who the real Christians are, and who are not. And if we want real hypocrisy and corruption — we find for instance Angelo, in Measure for Measure, with his parade of fake asceticism, and lines to echo those of contemporary “reformers.”

I mention that play as extremely topical, in light of recent events at Rome. Also, because it was once taught to me as an exposé of religious life, when it is — shriekingly — the opposite.

But by that point in my life (age fourteen) I was already a Shakespeare votary, and no high school teacher could kill my enthusiasm for him, much as she might (unwittingly) kill it in everyone else, by making a drudgery of the subject. The basic clew was missing among the pedagogues, as it still is: that this subject teaches itself. It needs only a stage, only to be pronounced, for the “music” in verse and prose to begin explaining all the words. The less prepared a student is to resist Shakespeare, the faster he will succumb to the charm. This has been tested: even before audiences in India with little knowledge of English in any dialect; or in Germany a long time ago, where English strolling players took Shakespeare when London theatres had been closed. The story of Shakespeare’s conquests, in English and a hundred other languages, is one the English themselves have hardly understood, and exhibits to my mind the truth of Kipling’s: “What do they know of England, who only England know?”

In another school, in Pakistan, I’d been introduced to Shakespeare at age seven. It wasn’t a formal introduction. The class teacher, a Miss Quinn (with whom I’m still in love), had the habit of quoting him. She would also give us short passages to memorize, in a spontaneous, gratuitous sort of way. Often they were printed in her century-old reader. (Well, less than half-a-century, then.) She gave the impression that Shakespeare was the meaning of her life, though never trying to explain him. She would even give us a word — a word from Shakespeare — and dwell lovingly on its pronunciation. And then not explain what it meant. She did the same for Milton, sometimes, and if my recollection is correct, for someone called Alexander Pope. (Just think, she must be 110 years old now.)

I’m sure I have mentioned this life-affirming experience before, here or somewhere; how she presented me with my first copy of Shakespeare, and so forth. I could go on to recall the miniature stage my grandfather made for me: with standing characters cut out flat in profile, to be moved about with hooked wires, and three sliding background panels for generic scenes — painted from Shakespeare. The one which represented the Forest of Arden has the power to put me under a spell, even in memory. I could tell of the puppet plays; the neighbourhood theatricals among the children of Edith Street in Georgetown. There is more, but I think I’d better stop now.

Never will I be a teacher like Miss Quinn, alas; for I, too, have that weakness for trying to explain “what it all means.” Be warned, I’m about to prove this.

Long before I became a Catholic, I realized that Shakespeare was one: as Catholic as so many of the nobles, artists, musicians and composers at the Court of Bad Queen Bess. I did not come to this conclusion because some secret Recusant document had fallen into my hands; or because I subscribed to any silly acrostic an over-ingenious scholar had descried, woven into a patch of otherwise harmless verses. My view came rather from reading the plays. The Histories especially, to start: which also helped form my reactionary politics, contributing powerfully to my contempt for mobs, and the demons who lead them. But with improvements of age, I now see an unmistakably Catholic “worldview” written into every scene that is indisputably from Shakespeare’s hand. (This recent piece by another lifelong Shakespeare addict — here — will spare me a paragraph or twenty.)

That our Bard came from Warwickshire, to where he returned after tiring of his big-city career, tells us plenty to start. The county, as much of Lancashire, Yorkshire, the West Country, and some other parts of England, remained all but impenetrable to Protestant agents and hitmen, well into Shakespeare’s time. Warwick’s better houses were tunnelled through with priest holes; and through Eamon Duffy and other “revisionist” historians we are beginning to recover knowledge of much that was papered over by the old Protestant and Statist propaganda. The story of Shakespeare’s own “lost years” (especially 1585–92) has been plausibly reconstructed; documentary evidence has been coming to light that was not expected before. Yet even in the eighteenth century, the editor Edmond Malone had his hands on nearly irrefutable evidence of the underground commitments of Shakespeare’s father, John; and we always knew the Hathaways were papists. Efforts to challenge such forthright evidence, or to deny its significance, are as old as the same hills.

But again, “documents” mean little to me, unless they can decisively clinch a point, as they now seem to be doing. Even so, people will continue to believe what they want to believe. In Wiki and like sources one will often find the most telling research dismissed, without examination, with a remark such as, “Against the trend of current scholarship.”

That “trend” consists of “scholars” who are not acquainted with the Bible (to which Shakespeare alludes on every page); have no knowledge of the religious controversies of the age, or what was at stake in them; show only a superficial comprehension of the Shakespearian “texts” they pretend to expound; assume the playwright is an agnostic because they are; and suffer from other debilities incumbent upon being all-round drooling malicious idiots.

Perhaps I could have put that more charitably. But I think it describes “the trend of current scholarship” well enough.

Now here is where the case becomes complicated. As something of a courtier himself, in later years under royal patronage, Shakespeare would have fit right into a Court environment in which candles and crucifixes were diligently maintained, the clergy were cap’d, coped, and surpliced, the cult of the saints was still alive, and outwardly even though Elizabeth was Queen, little had changed from the reign of Queen Mary.

The politics were immensely complicated; we might get into them some day. The point to take here is that the persecution of Catholics was happening not inside, but outside that Court. Inside, practising Catholics were relatively safe, so long as they did not make spectacles of themselves; and those not wishing to be hanged drawn and quartered, generally did not. It was outside that Queen Elizabeth walked her political tightrope, above murderously contending populist factions. She found herself appeasing a Calvinist constituency for which she had no sympathy, yet which had become the main threat to her rule, displacing previous Catholic conspirators both real and imagined. Quite apart from the bloodshed, those were interesting times, in every part of which we must look for motives to immediate context, before anywhere else. Eliza could be a ruthless, even fiendish power politician; but she was also an extremely well-educated woman, and in her tastes, a pupil of the old school.

Indeed the Puritans frequently suspected their Queen, despite her own Protestant protestations, of being a closet Catholic; and suspected her successor King James even more. A large part of the Catholic persecution in England was occasioned by the need to appease this “Arab spring” mob, concentrated in the capital city. Their bloodlust required human victims. The Queen and then her successor did their best to maintain, through English Bible and the Book of Common Prayer, the mediaeval Catholic inheritance, while throwing such sop to the wolves as the farcical “Articles of Religion.”

The question is not whether Shakespeare was one of the many secretly “card-carrying” Catholics. I think he probably was, on the face of the evidence, but that is a secondary matter. It is rather what Shakespeare wrote that is important. His private life is largely unrecoverable, but what he believed, and demonstrated, through the media of his plays and poems, remains freely available. He articulates an unambiguously Catholic view of human life in the Creation, and it is this that is worth exploring. The poetry (in both plays and poems) can be enjoyed, to some degree, and the dramatic element in itself, even if gentle reader has not twigged to this, just as Mozart can be enjoyed by those who know nothing about music. But to begin to understand as astute an author as was ever born, and to gain the benefit from what he can teach — his full benevolent genius — one must make room for his mind.

NOTE: The Tudor historian, Gerald Bowler, writes to mention “the Ridolfi Plot; John Somerville’s plot; William Parry’s plot; Francis Throckmorton’s plot; the Babington Plot; the rising of the Northern Earls; the machinations of the Duke of Norfolk, with perhaps the involvement of Mary, Queen of Scots; and the writings of the exile Jesuit Robert Persons and Cardinal Allen,” as examples of threats to Elizabeth that did not come from Calvinists. “To an aficionado of papal decrees such as yourself, I need only mention the bull Regnans in Excelsis (1570) to recall to your mind that Pope Pius V declared Elizabeth a heretic and absolved her subjects of their allegiance to her.” … Fair enough, and I have revised a sentence to make clearer that I was referring to Elizabeth’s main opponents during Shakespeare’s public career, and not earlier in her reign. … Prof Bowler incidentally agrees that Shakespeare was “at some level, a Catholic supporter.” And goes slightly beyond me in describing Liz Tudor as, “a hideous rat-bag, a mountain of selfishness, redeemed as a politician only by a wonderful gift for dithering and a genius for public relations.”