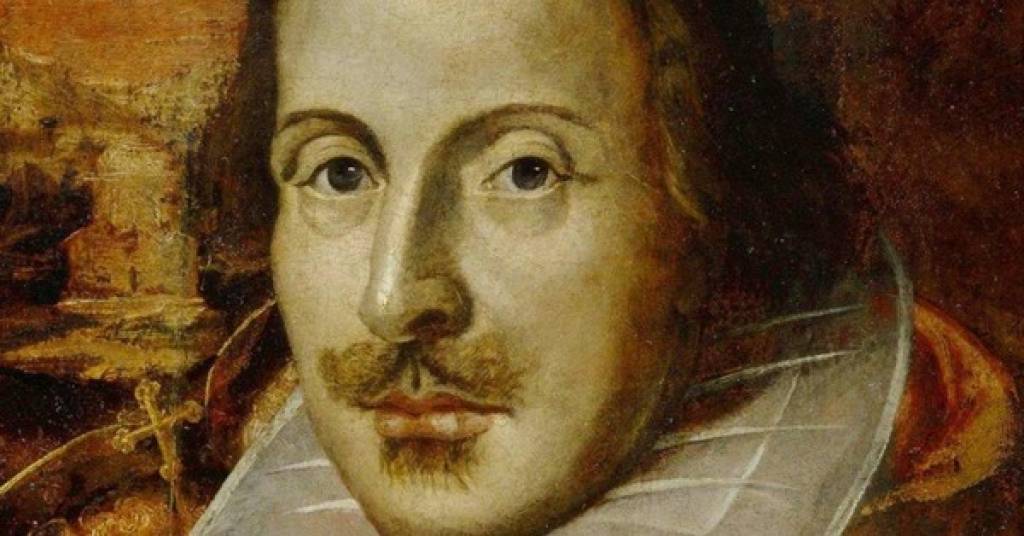 03 Mar Dark gentleman of the Sonnets

My head is full of Shakespeare Sonnets at the moment, from trying to teach this author to startlingly intelligent and perceptive young seminarians. The poet’s allusions to the ruined monasteries that punctuate the Tudor countryside are … poignant at the least.

The Sonnets were published late in Shakespeare’s career (1609) — by a clever and unscrupulous man. His name was Thomas Thorpe. He ran what was for the times a unique publishing business, playing games with “copyright” that were often unconscionable but, usually, this side of the law. He owned neither a printing press, nor a bookstall — two things that defined contemporary booksellers — subcontracting everything in his slippery way. Indeed, I would go beyond other observers, and describe him as a blackguard; and I think Will Shakespeare would agree with me. Though Shakespeare would add, “A witty and diverting blackguard.”

He collected these sonnets, quite certainly by Shakespeare, but written at much different times and for quite various occasions, from whatever well-oiled sources. Thorpe had a fine poetic ear, and knew what he was doing. He arranged the collection he’d amassed in the sequence we have inherited — 154 sonnets that seem to read consecutively, with “A Lover’s Complaint” tacked on as their envoi — then sold them as if this had been the author’s intention.

We have sonnets not later than 1591, interspersed with others 1607 or later. In one case (Sonnet 145), we have what I think is a love poem Shakespeare wrote about age eighteen, to a girl he was wooing: one Anne Hathaway. (She was twenty-seven.) It is crawling with puns, for instance on her name, and stylistically naïve, but has been placed within the “Dark Lady” sonnets (127 to 152) in a mildly plausible way. It hardly belongs there.

Indeed, once one sees this it becomes apparent, surveying the whole course, that there is rather more than one “Dark Lady” in the Sonnets, and that like most red-blooded men, our Will noticed quite a number of interesting women over his years. But Thorpe has folded them all into one for dramatic effect.

The teen-aged Shakespeare has not yet fully mastered his craft. His earliest plays, too, contain flaws and miscalculations and stylistic naiveté. This does not mean they weren’t written by Shakespeare. They also contain passages so striking that his authorship is unmistakable. Our own (scholarly) perception of this is clouded, because of our dependence on statistical tests: the use of vocabulary counts, for instance, to date passages. More useful and important, are considerations of lyrical craft and breadth (as Shakespeare grows older he breaks more and more rules, to more and more purposes), and the background themes. For like every other writer, regardless of genre, there are continuities from one work to another, more conscious than unconscious.

Confusion redounds because, while scholars may agree that some sonnets are “early,” and some “late,” they can’t be trusted to guess which are which. Some creative intelligence, or “gift,” is necessary to discern such things. College professors with tin ears and computers are not up to the task. Their “results” belong to the counting house, not to poetry, and should never be taken so seriously as they are (by other college professors).

Thorpe had this “gift,” and used it mischievously. The first seventeen sonnets are unquestionably an intentional sequence, written as they declare, to a “Fair Youth” — quite probably the Earl of Southampton — advising him to marry and thereby perpetuate his family and fame. The conceits, including celebration of male beauty, are perfectly Elizabethan, and have, incidentally, none of the “homo-erotic tendencies” we began to read into them the day before yesterday. If one considers, alone, the Elizabethan connotations of the word “brave,” one may begin to realize that qualities we dismiss as “fey” and “effete” — including the very appreciation of poetry and art — were formerly associated with true masculinity.

Mischief, Elizabethan not post-modern, comes fully into play beginning at Sonnet 18. This is Thorpe’s first bridge. He is extending that short sequence into something grander and thus more saleable. He wants the reader to think he has in his hands not a jumble of miscellaneous sonnets, but a great, unified work of art in the Petrarchan tradition. He relies on Shakespeare’s own genius for address (even his soliloquys focus as if upon a single auditor), and for story-telling (even when there is no story), to carry the impression of a self-revealing narrative — that continues not for 17, but as if 126 of the sonnets were all addressed to this tremendously significant “Fair Youth.”

As a point of departure, I recommend a good book by the American jurisprude, John T. Noonan, Jr. It is entitled, Shakespeare’s Spiritual Sonnets (2011), and is the product of a lifetime of attentive and meditative reading. Noonan considers each sonnet on its own terms, to see what it is saying and to whom.

Whether or not each attribution is correct, we begin to appreciate the mess Thorpe has made of Shakespeare. But, too: why Shakespeare, though he must have been outraged by the use to which his private poems were put, could do nothing. He could not call attention to Thorpe’s imposture without also calling attention to his own secret life, beyond the edge of the publicly acceptable.

For he could be Catholic as William Byrd, and many other composers, poets, and artists, inside the Court, and thus under its protection, while out of public view. But in plain view on the streets of London after the “Gunpowder Plot,” and other anti-Catholic hysterias, one did not make a spectacle of Roman allegiance. That would be asking for it.

Shakespeare would take risk enough, when he was likely to get away with it. He allowed, for example, the publication of one of the strangest poems ever written. This was his “Phoenix and the Turtle,” contributed to an anthology entitled Love’s Martyr, show-casing leading poets of the day. On its surface it was one of several light allegorical treatments of a harmless theme; but under this surface it was not harmless.

This “first metaphysical poem in the English language” is an unearthly funeral lament. It seizes upon a reversal of convention agreed by all the authors: the phoenix is presented as female, the turtledove as male. The brief, mysterious narrative, and then the threnos (“wailing”) at its tail, are profoundly moving, yet incomprehensible as they stand. That is, until we have this clue: that it is a requiem for (Saint) Anne Line, hanged from the Tyburn gallows for having sheltered Catholic priests, along with two priests also hanged and then drawn and quartered. (Anne’s husband, Roger Line, who predeceased her, comes into it as well.) Suddenly the “love” that is being “martyred” is likewise reversed: a Love not conventional but mystical, the martyrdom not a conceit, but real.

Read now Sonnet 74, for another reflection of the same event (from February 1601), and note wordplay that includes a nervy pun on Anne’s surname.

Now, this is the sort of material Thomas Thorpe insinuated into The Sonnets, and passed off as high society perfume. He had a history of collecting and publishing works behind poets’ backs, sometimes callously exposing them to trouble, while himself wiggling smartly out of the line of fire.

This he does in the inscrutable dedication he attached to the collection. He made it seem that he was loyally serving interests above his station, when he was not. He wrote similarly elegant, self-serving prefaces to other works, too, stepping himself aside, as tabloid editors do today: pretending to serve some public interest when they are in it for the dime. This most famous dedication in English was his cutest pose. And the final joke is that it contains what he may pass off as a bad typo (“W.H.” for “W.S.”) — a little twist that has sent generations of college professors down bottomless rabbit holes searching for an “onlie begetter” who is, in reality, onlie Shakespeare himself. Given what we know of Thorpe, the typo had to be intentional, intended for some additional private mischief we will never be able to trace.