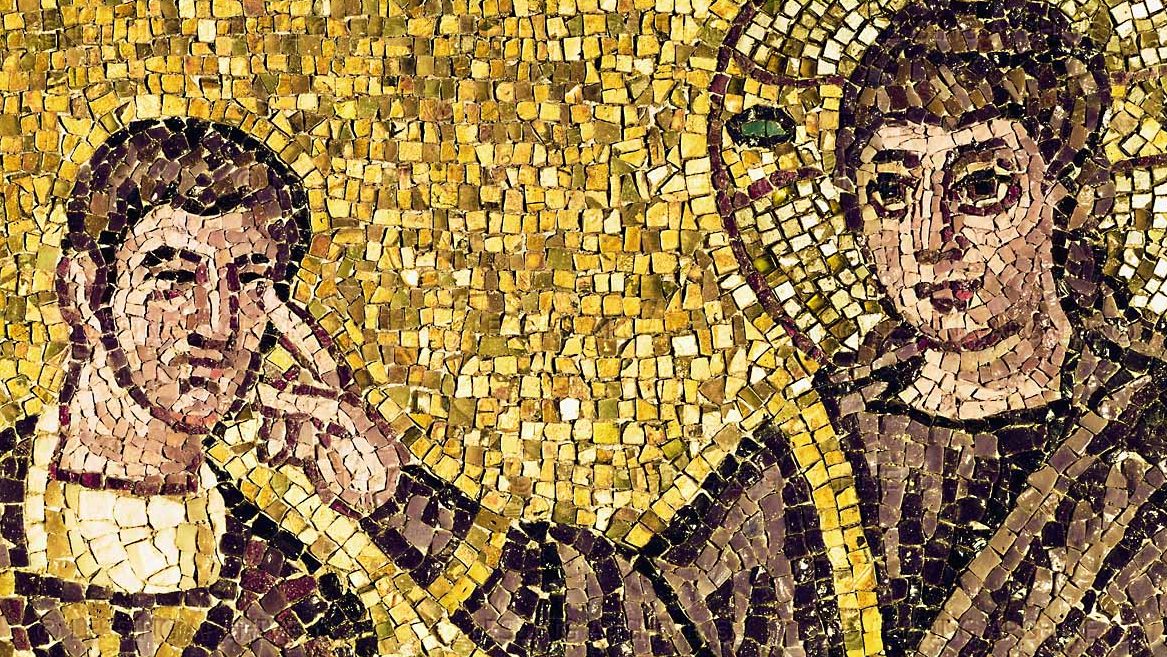 And His disciples asked Him, ‘Rabbi, who sinned, this man or his parents, that he was born blind?’ Jesus answered, ‘It was not that this man sinned, or his parents, but that the works of God might be made manifest in him.’

In this exchange, the disciples make an assumption that is very common among religious people. The assumption is that it is sin which is the most important feature of the landscape, the defining element in our relationship with God, the thing with which God Himself is most preoccupied and from which He has come among us to save us. For this way of thinking, which emphasizes sin above everything else, it is very natural to suppose that human suffering, such as the blind man knows in the Gospel, is ultimately rooted in sinfulness, which means that the phenomenon of suffering shifts imperceptibly into the phenomenon of guilt, affliction merges into unworthiness, and becomes not so much a call to compassion as an occasion for blame. Rabbi, who sinned, this man or his parents, that he was born blind? We can hear in the disciples’ words the rather fastidious distance they are taking from the blind man, the curiosity they manifest which craves the exposure of the fault that underlies his affliction, and the security for which they are searching, to reassure themselves that they are at least not like him, wanting to see their relative freedom from suffering as rooted in their moral superiority to those whom suffering has cast down.

Now we have to understand that Christ absolutely refuses this whole way of thinking. The suffering of the blind man, He tells them, does not originate in sin, either his own, his parents’ nor anyone else’s. His blindness, Christ tells them, is not because of sin, but so that the works of God might be made manifest in him.

Notice that Christ doesn’t deny that the man is a sinner; what He denies is that sin has the kind of importance that the disciples attribute to it. And this means that just as we cannot suppose that sin is the cause of the man’s blindness, so we cannot suppose that the works of God are aimed primarily at overcoming what is sinful in him. Again, Christ doesn’t deny that one dimension of the works of God is the overcoming of sin – of course that is part of it – but what He means is that the works of God exceed this purpose, that they have to do with something much larger, are proportioned to a vaster horizon, so that an imagination haunted and oppressed by the thought of sin is bound to miss the full dimensions of the truth that He has come to reveal and enact. It is not that this man sinned, or his parents, but that the works of God might be made manifest in him.

An exclusive preoccupation with sin, however, haunts the imaginations not only of the disciples but also of the Pharisees – it seems to be all that they are willing to see. They accuse the blind man of being a sinner, and on this basis reject the testimony he gives to the works of God. Some of them even accuse Christ Himself of sin, since he heals on the sabbath: for this reason, for the Pharisees, even the works of God, manifest though they are, must be distrusted and ultimately rejected. All the way along the line they are on the look out for sin, for transgression, and refuse to see anything beyond it. The only ones they acquit are of course themselves; their very identity depends upon seeing themselves as above reproach, while everyone else stands in need of condemnation. And this is what makes them blind in a way that the blind man is not. The Pharisees are blind in a much deeper and more definitive way than he is, because he wants to see, even though he cannot, whereas their blindness concerns something they do not want to see, and therefore refuse to acknowledge, which is Divine generosity freely offered to a suffering humanity.

Divine generosity freely offered to a suffering humanity – this is the heart of the Gospel. It is this freedom of Divine generosity which places the works of God in excess of sin and its overcoming, it is this which discloses to us new and unsuspected horizons. For God’s generosity is free in the sense that He gives without any expectation of return, without any kind of calculation or condition. In particular, His generosity doesn’t depend upon our being good people, free of sin, deserving of what He offers us, and therefore guaranteed to give back to Him what we have received. And yet one suspects that this is precisely what both the disciples, in their own way, and more deeply the Pharisees, as well, find it difficult to accept. They want God to administer a system of rewards and punishments, in which sinners are made to suffer as they deserve and the virtuous are accorded the recompense they are entitled to. But such a system would render the whole idea of the free gift, of grace, absolutely impossible. God’s saving work is accomplished for us while we are still sinners; His grace does not await our conversion, but instead our conversion is an effect of His grace, an offer that always precedes us and is always ahead of us. And just as grace in no way depends upon freedom from sin, but to the contrary presupposes that we are sinners, so also it lifts us beyond freedom from sin and towards something infinitely greater, which is nothing less than to share in the Divine life itself. Divine love, then, surpasses sin in both directions: it first of all comes to us in spite of sin, and then secondly it does not complete itself merely in bringing sin to an end, but takes us far beyond that, into the very heart of Trinitarian communion.

The works of God, then, are works of radical, unconditional Divine generosity, which we cannot begin to grasp for as long as we remain fixated on sin, guilt and punishment. It isn’t that these things are unimportant dimensions of Christian life, but they are far from being the most important, they do not define the space in which grace is offered or in which it unfolds. It is true, of course, that grace overcomes sin, but we have to see that this is not all it does, or even the most wonderful of the things it accomplishes. We can begin to understand this by asking how it is that grace actually works. It doesn’t work by creating a system of obligations and rewards, so that if we agree to stop sinning God undertakes to compensate us with eternal happiness. On the contrary, grace works in us by enlarging our vision of human possibilities, inspiring us to see the poverty of sin precisely by opening up for us the horizon of love. This is the work of God. His grace brings us to see how small sin is, how miniature its understanding of the world, and it makes us desire to move away from such self-imprisonment and out into the open air of charity, which grace for the first time enables us freely to breathe. Our vocation, then, is not simply to avoid sin, in the hope of being rewarded for all the trouble we take in doing so, but is something infinitely more exciting. Our vocation is to embrace the good, entering unreservedly into a life of love, inspired by and desiring to participate in God’s own unconditional generosity.