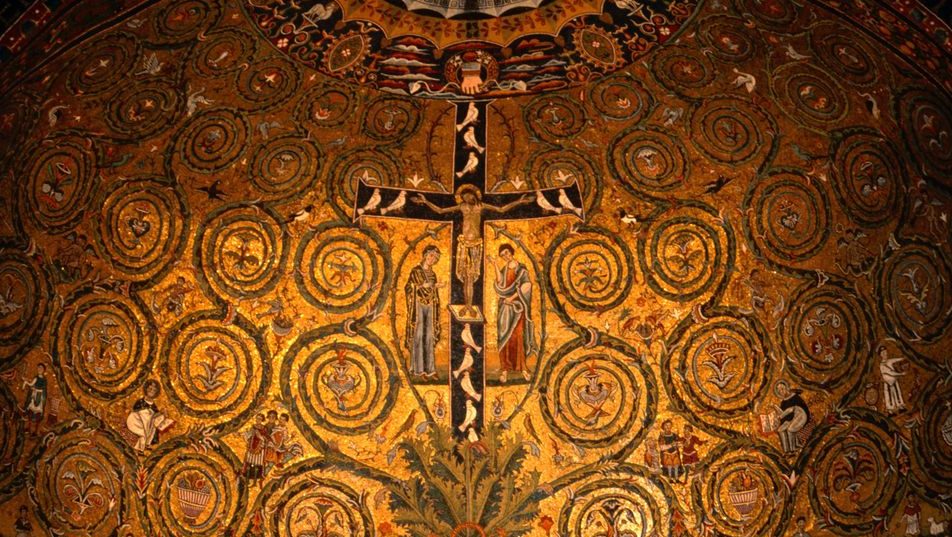 05 Jun Reflections on Living in Christ

It’s obvious we are not speaking here of seeing in the ordinary sense of the word. Christ is invisible to the world because He doesn’t belong to the world; if He did, the world would be able to see Him. But there are those who see Him, although they themselves are in the world; but they do not see Him in the way in which the world sees; they do not see Him in the way they themselves see things that are in the world. For Christ isn’t in the world, and so isn’t visible to the world. He is visible in another way, a way which has to do with the way in which He is in those who see Him. He is in them by making them alive with His own life, and this way of living is what enables them to see Him.

The whole context of Christ’s words here involves looking ahead, to the time in which the Resurrection is completed by His ascension to the Father. It is then that His visibility to the world is definitively withdrawn – the world will see me no more. But even so, despite this invisibility to the world, He remains visible to those, remaining in the world, in whom He lives and whom He makes alive. He is made visible to them on account of the kind of life they lead, which is His own life communicated to them. We can say that they see Him in the way that they live.

This is a wholly new kind of visibility. It is seeing Him, but not by seeing Him as living His own life as something distinct from theirs; it is seeing Him in the life they themselves lead, a life which they understand not as their own, but as His, which He nonetheless lives in them. They see Him by looking at themselves, and by recognizing, in their own lives, the life which He gives as their participation in His own.

What Christ is describing here is the life of discipleship. Disciples follow their Master, not by seeing Him, in the worldly sense, but by being conformed to Him, living as He lives, living with the life He Himself communicates to them. And following Him in this way, as His disciples, He is made visible to them, not through His being, but through their own.

And this is precisely what He tells us in another part of today’s Gospel:

He who has my commandments and keeps them, he it is who loves me; and he who loves me will be loved by my Father, and I will love him and manifest myself to him.

What is manifested, in this self-manifestation of Christ to His faithful disciple, is something relational. The disciple is enabled to understand herself as living in Christ, and to understand that this is because Christ is living in her: the life she leads is accorded her by Christ as a gift of reciprocity, or intimacy, in which Christ relates Himself to her interiorly and thereby enables her to relate to Him, through her fidelity to the pattern of life into which He draws her.

In that day (He tells us) you will know that I am in my Father, and you in me, and I in you.

So we have here a relational mystery, of the disciple related to the Son and, in the Son, to the Father, which is at the same time a mystery of understanding: we are enabled to apprehend ourselves as sons, living towards the Father according to the pattern of life which the Son Himself has bestowed upon us.

And just as the relational mystery of Father, Son and disciple is something given us, so too is the mystery of understanding: we do not generate it ourselves, but we receive it. The mystery of understanding ourselves as sons in the Son is intimately connected to the gift of the Spirit, the Spirit of truth, of which Christ speaks in today’s Gospel. Although, at His Ascension, Christ will become invisible to us in the ordinary sense, nonetheless, He tells us, He will not leave us alone. And this is because He will draw from the Father the gift of the Spirit, in Whom we will be enabled to understand that, although we seem to be abandoned, because Christ is absent from us, nonetheless we are not, because He is with us in a new way, visible to us according to the life which He communicates to us. I will not leave you desolate, He promises us, I will come to you. He will come to us in the gift of the Spirit, the Counselor, Who dwells with you, He tells us, and will be in you; and it is in the Spirit that we will be enabled to know ourselves as accompanied interiorly by Christ, drawn in Him into His relation to the Father. The Spirit, then, interprets our aloneness, enabling us to understand it not as a familiar desolation but as a new belonging.

We can think of this mystery of discipleship, of understanding and relation, in Eucharistic terms. In what concerns the Mass, Christ is present to us, for a time, in the consecrated bread and wine in a way analogous to how He was present to the world before the Ascension: in the tabernacle, on the altar, or in the monstrance He lives and appears separately from us, with a visibility akin to worldly visibility. But His presence in this way, like the time between the Resurrection and Ascension, is a presence in transition. It is always moving towards the point of communion, when He disappears in His familiar difference from us, and takes up His dwelling within us, nourishing and transforming us interiorly, so that His life merges with our own. It is in this Eucharistic rhythm, in which the Son offers Himself in the Spirit to the Father and then draws us, from within, into its mystery, that we learn our difference from the world and, in union with Christ, how to give ourselves on its behalf.