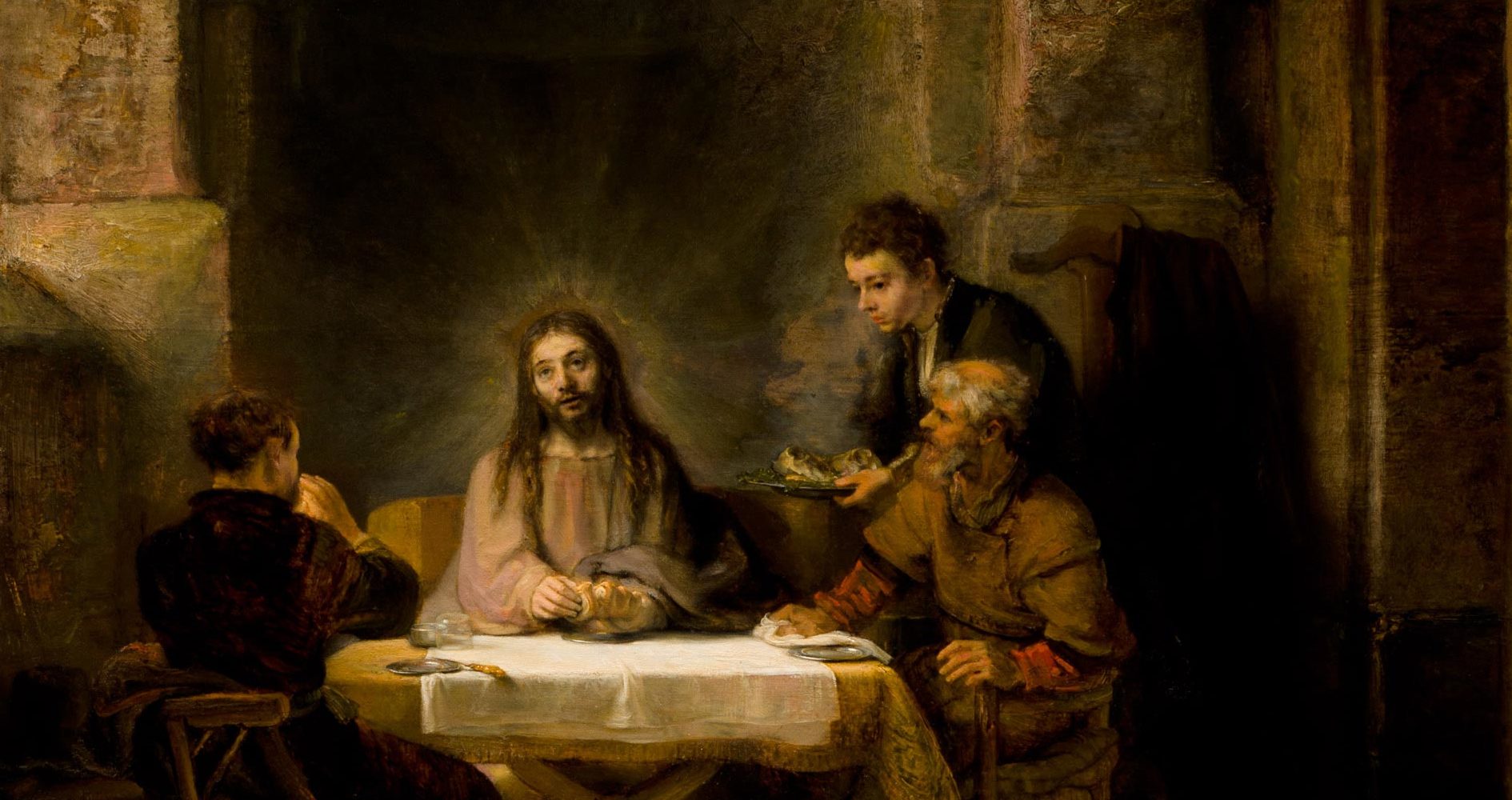 07 Jun Reflections on the Logic of the Gift

The logic of the gift pervades Christ’s farewell discourse to his disciples in the Gospel of John. Ten times in as many lines, Christ speaks to us explicitly of what has been given; and, with a corresponding frequency, the revelation of the gift is also implicit, just under the surface in a discourse of sending, receiving and returning.

In meditating on this, we should try to uncover the underlying structure of the giving that is revealed. In doing so, we shall be uncovering the unique logic of Divine generosity, or of what we call grace: the sheer ungrounded abundance of the gifts which are the ground of everything we are and can be. We shall find that the pattern made by grace isn’t merely laid out before us, as an item of knowledge, as something for us to inspect. It is always ahead of us, circulating among us, a reality into which we find ourselves already drawn and incorporated. Our attempts to grasp it are therefore secondary, subordinate to a more primordial participation. In trying to understand something of the logic of Divine giving, we find ourselves always already within what we are trying to understand, inhabiting a density that encompasses and exceeds us.

Despite this, however, we are enabled to see something of the pattern that embraces us; and Christ’s farewell discourse unfolds that pattern for us in an especially concentrated way, almost as if it aspired to give us the whole essence of Christian revelation with the greatest possible brevity and comprehensiveness.

What, then, does it show us?

It shows us, as the beginning of everything, that the Father and the Son glorify each other in the eternal life which they share. But it isn’t as if they merely encounter each other, glorifying each other because of the qualities they discover in each other. For what makes the Son is that everything that He is is given Him by the Father, and it is in this complete receptivity to the Father’s gift that the glory of the Son consists: it is in receiving Himself from the Father that the Father glorifies Him. And correspondingly what makes the Father is that everything that He is comes from His giving to the Son, and this relation to the Son is in turn the glorification of the Father, given to Him by the Son Who receives all that the Father gives. The Father and the Son glorify each other, then, in the complete interdependence of giving and receiving: they are themselves, and eternally, the glory of the gift given and received, and this inexhaustible pattern is the glory that they share before the world was made.

Now into this pattern the making of the world, or creation, is incorporated. Among the gifts of the Father to the Son is the gift of the world, in which the Father gives to the Son power over all flesh. And this power is given to the Son so that He may bring the world to participate in His own communion with the Father, drawing it into His glorification of the Father, and thereby enabling the world to be glorified, with the glory with which the Father glorifies Him. All mine are thine, and thine are mine, and I am glorified in them. It is as if creation is to become another Son – or rather, what happens is that creation undergoes filiation in the Son, Who extends His Sonship to incorporate creation, perfecting His own image within it and, in union with Himself, returning it as a gift to the Father.

To this end the Father not only gives the world to the Son, but gives the Son to the world. This giving, which is the Incarnation, gives to the Son, as a gift to the world, a word to speak and a work to accomplish among us. This word and work on behalf of the world are the life and death of the Son, from the Annunciation to the Ascension, and above all they are His Paschal Mystery, in which the alienation of creation from the Father is overcome when the Son sustains the weight of that alienation within the infinitely greater strength of Divine love. This word and work of the Son are revealed to, and then enacted within, a new body of people, which we call the Church, which the Father draws together and gives to the Son for this very purpose. For I have given them the words which thou gavest me, and they have received them and know in truth that I came from Thee; and they have believed that Thou didst send me. It is the vocation of the Church to receive what the Son gives, to live faithfully within the gift of the Son’s communion with the Father, and to work to draw the whole world into that same grace. It is true that the Church is separated from the world – Christ declares that He has manifested the Father’s name to those whom the Father gave Him out of the world – but this is only so that she may become the sacrament of the world’s reconciliation and union with the Father: her separation is entirely in function of her service.

This, then, is the un-encompassable horizon which, because we are Christians, encompasses us. We discover ourselves as already participants in the grace whereby the gift of creation has been drawn into the eternal giving and receiving of Trinitarian life. Christianity professes the healing, transforming and ultimately glorifying extension of Divine communion to include the whole of creation; and in our conformity to the Son, in His Body which is the Church, we ourselves are called to be agents of that healing, transformation and glorification: we receive it ourselves only so that we can hand it on to others. The two movements, receiving and giving, are indissolubly one, just as the Father and the Son are One in their union of giving and receiving. We cannot stand back from this, to obtain an objective view of the gifts we have received: for wherever we choose to stand will itself be a gift, a place that has been given us, whether by creation or by sanctification and redemption. All we can do is surrender ourselves to the inspiration of Divine generosity, receiving and giving according to a pattern which, neither in time nor in eternity, can ever be completed.