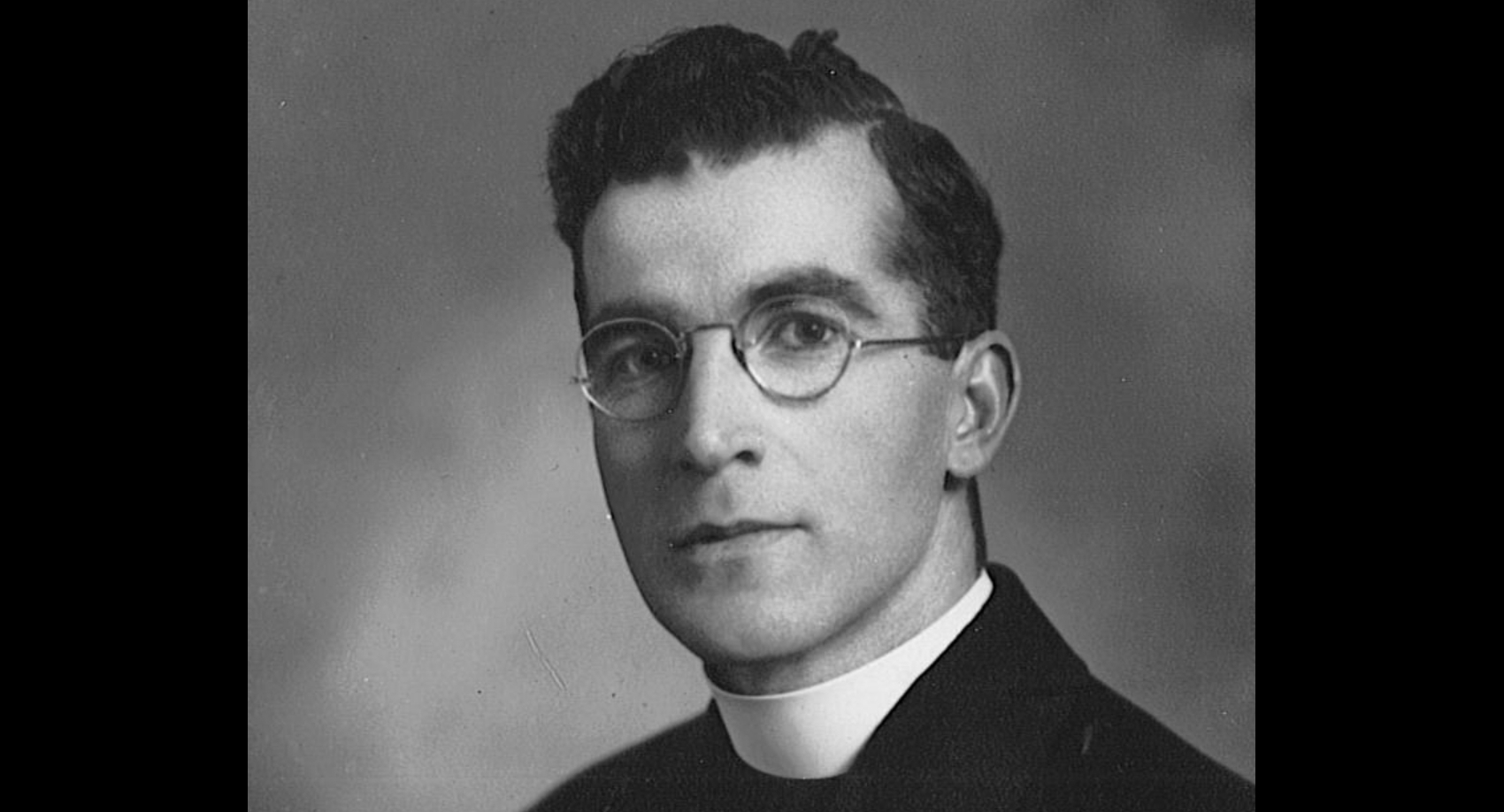 Posted at 13:00h in Essays by St Philip's Seminary, Toronto

In dealing with the seven days of creation, Thomas Aquinas makes the following statement: “the Person of the Holy Spirit is implied in the complacency (complacentia) by which God sees that what he has made is good.”1 Aquinas is trying to explain the work of the Holy Spirit in creation. He ingeniously links a line repeatedly used in Genesis 1 (“And God saw that it was good”) with complacency.

The theologian who has done the most work on Aquinas’ doctrine of complacentia is the Canadian Jesuit Frederick E. Crowe (1915-2012; pictured above). Crowe’s remarkable 1959 study, “Complacency and Concern in the Thought of St. Thomas,”2 continues to generate interest both among interpreters of Aquinas and those grappling with the nature of love.  Crowe argued that complacentia is the first act of love and thus the most basic act of will for Aquinas. In his influential book, By Knowledge and by Love, Michael Sherwin, O.P. praised Crowe for drawing attention “toward the centrality of complacentia in Aquinas’ mature theory of love.”3  What does complacency mean for Aquinas? Why does he link this act of love with the Holy Spirit? Why is this idea of complacency important for Trinitarian theology?

Complacentia is frequently used by Aquinas in his more mature questions on love in the Secunda Pars of the Summa Theologiae. Here, for example, are three of Aquinas’ most important remarks of complacency.

“And similarly the adjustment of sensitive appetite or of will to something good, that is to say, their very complacency in the good [complacentia boni], is called sensitive love, or intellectual or rational love.”4

“The very aptitude or proportion of the appetite to good is love, which is nothing else than a complacency in the good [complacentia boni].”6

Crowe recognizes that his translation of the Latin complacentia as complacency has its drawbacks. ‘Complacency’ in contemporary English has connotations of irresponsible self-satisfaction. It sometimes means unwarranted contentment with the status-quo. It means acceptance of what should not be accepted. These connotations are “poles apart from Thomist complacentia.”7 According to Crowe, the word, complacentia, complacency, however, “has the root sense of a concept I take to be altogether basic in Thomist psychology of the will, and I think we must just accept its unwelcome connotations as part of the unavoidable limitations of language.”8 The root sense of complacency in Aquinas, Crowe maintains,

Before love is a principle of our tending towards the good, Crowe is saying, it is itself the end-point of a process that begins in the senses and the intellect. In general, Crowe writes, “willing basically is the end of a process, a quiescence; only secondarily is it the initiation of another process.”10 Complacency according to Crowe’s reading of Aquinas, is the affective completion of a process of receiving reality.

Crowe denies that the intellect simply takes in what is and the will then goes out to what is. There is an affective dimension both to our reception of being and our moving towards the good.  Before love can be a principle of tending towards a good that is not yet, there must be a more passive moment of reception in the will regarding what already is11. This is Crowe’s basic hypothesis about the way Aquinas envisages the will’s basic act of love.

Application of Complacency to the Doctrine of the Holy Spirit

Crowe finds parallels between Aquinas’ discussions of complacent love and his discussions of the Holy Spirit. Crowe writes: “the third person is conceived as proceeding from the Verbum and Dicens, from the Word and the One uttering the Word. That is to say, it is not as tendency that this Love is primarily conceived, but as proceeding, as term, as bringing process to a close.”12 As complacent love proceeds in us from an uttered judgment, so in God the Holy Spirit proceeds from the Word uttered by the Father. In complacent love, we reach the end of a process of receiving. In God, the Holy Spirit is the term of the two divine processions.

There is one text in Aquinas that especially is important for Crowe’s thesis as it applies to the procession of the Holy Spirit. In Summa Theologiae I, q. 37, a. 1, Aquinas speaks of a “certain impression . . . of the thing loved in the affection of the one who loves.”13 Instead of speaking of love as an impulse towards the loved object, Aquinas uses the language of impression or imprint when he is talking about the Holy Spirit. Crowe thinks we can interpret this impression of love as complacentia. He refers us back to some texts he mentioned earlier from Aquinas. In Summa Theologiae I-II q. 28, a. 2, Aquinas speaks about something being “imprinted on its affections by a kind of complacency.”14 Crowe thinks that this imprint or impression is the way Aquinas thinks that the loved thing (amatum) is in the lover (amans).

9. Ibid., 76-7. Serenity, and not complacency, is the word Crowe began to prefer to use around 1969 when translating complacentia boni. He explained his reasons in this way: “The Thomist terms are usually complacere and intendere, but to translate the first by ‘complacency,’ as I did in a series of articles in Theological Studies, vol. 20 (1959), is to sabotage what seems to me an important idea. ‘Serenity’ is better, but it suggests the somewhat helpless attitude adopted in adversity, as in the AA’s serenity prayer. The Thomist complacere is a more positive joy in what is, manifested most purely, I think, in the spontaneous joy that a child has in people and things before his psychological life becomes complicated by the concerns of older realism. But ‘joy’ itself lacks the intellectual connotation. In fact, we have no word in English for the idea” (“Pull of the Future and Link with the Past: On the Need for Theological Method.” Continuum 7.1, [Chicago: St. Francis College, 1969] 41n26).