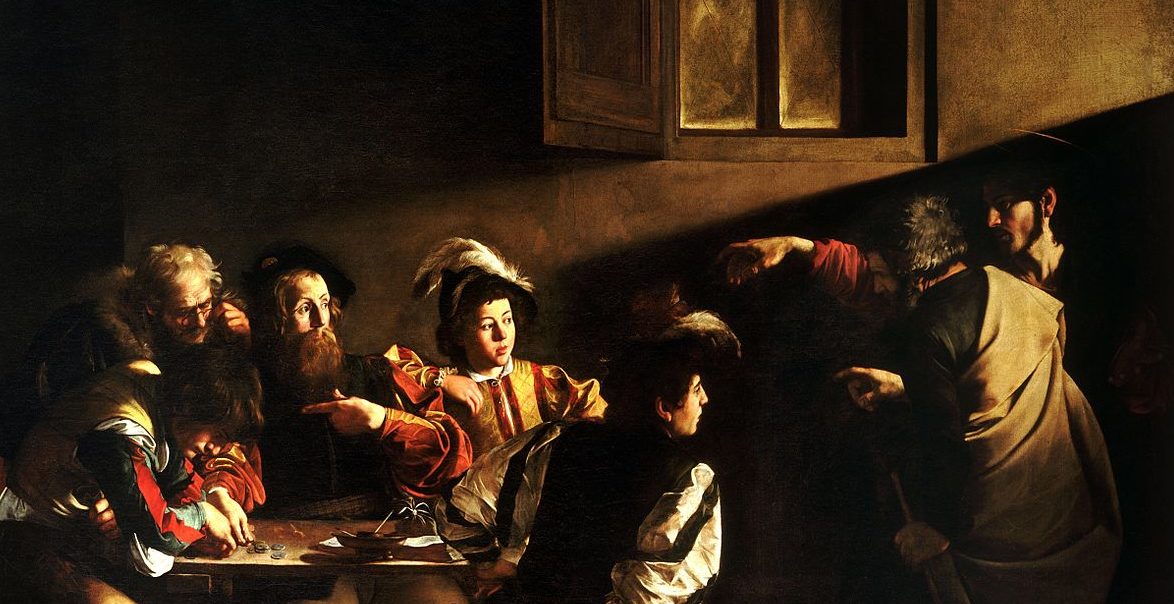 Posted at 13:00h in Bibliographies by St Philip's Seminary, Toronto

Radical Orthodoxy began with the view that what was to be salvaged from twentieth-century theology was mainly the contribution of the nouvelle théologie and above all the work of Henri de Lubac. Most modern theology since the seventeenth century had been captive to a false grace/nature, faith/reason dualism that was partially responsible for ushering in secularisation. Lubac’s humanism goes along with the greater Christological grounding of his theology: only Christ, as God, is the true man, just as only deified man is natural man, yet it is indeed a man who alone shows God, just as it is only nature itself which is exceeded. Joseph Ratzinger’s theology in its sparkling sobriety is thoroughly in keeping with the Lubacian perspective, as well as the contributions of others, like Odo Casel, Eric Peterson, Erich Przywara, Romano Guardini, Hans Urs von Balthasar, Pierre Rousselot, Paul Claudel, Jean Daniélou, Louis Bouyer, G. K. Chesterton, Charles Williams, D. L. Sayers.

At its heart, Radical Orthodoxy is devoted to what has become known as ressourcement, namely the renewed reading of the depths of the Christian tradition in order to inform a rigorous, critical and authentically theological reading of our own times. To achieve this it encourages students of theology to read again with renewed intensity the works of Plato, Aristotle, the patristic theologians, the Neo-Platonists, Aquinas, Scotus, and Kant.

Is ressourcement enough? Is it enough to recover, after Lubac and many others, an authentic paleo-Christianity? Clearly the thinkers of the nouvelle théologie thought of ressourcement as but the prelude to a new speculative and constructive effort. It is, in a sense, the task of this ‘next phase’ which Radical Orthodoxy has sought to take up, in a wider ecumenical context.

Truth in Aquinas
by John Milbank and Catherine Pickstock
(Routledge, 2000)

Liberation Theology after the End of History: The Refusal to Cease Suffering
by Daniel Bell
(Routledge, 2001)

Speech and Theology: Language and the Logic of Incarnation
by James K.A. Smith
(Routledge, 2002)

Being Reconciled: Ontology and Pardon
by John Milbank
(Routledge, 2003)

Culture and the Thomist Tradition: After Vatican II
by Tracey Rowland
(Routledge, 2003)

Truth in the Making: Creative Knowledge in Theology and Philosophy
by Robert C. Miner
(Routledge, 2003)

The Possibility of Christian Philosophy: Maurice Blondel at the Intersection of Theology and Philosophy
by Adam C. English
(Routledge, 2012)

The Religious Dimension in the Thought of Giambattista Vico, 1668-1744. Part 1: The Early Metaphysics
by John Milbank
(Edwin Mellen Press, 1991)

The Religious Dimension in the Thought of Giambattista Vico, 1668-1744. Part 2: Language, Law and History
by John Milbank
(Edwin Mellen Press, 1992)

The Future of Love: Essays in Political Theology
by John Milbank
(Cascade Books, 2009)

The Monstrosity of Christ: Paradox or Dialectic?
by Slavoj Žižek and John Milbank
(The MIT Press, 2011)

The Politics of Virtue: Post-Liberalism and the Human Future
by John Milbank and Adrian Pabst
(Rowman & Littlefield International, 2016)

The Dances of Albion: A Poetic Topography
by John Milbank
(Shearsman Books, 2015)

After Writing: On the Liturgical Consummation of Philosophy
by Catherine Pickstock
(Wiley-Blackwell, 1997)

The Postmodern God: A Theological Reader
by Graham Ward
(Wiley-Blackwell, 1998)

Barth, Derrida and the Language of Theology
by Graham Ward
(Cambridge University Press, 1999)

The Blackwell Companion to Postmodern Theology
by Graham Ward
(Wiley-Blackwell, 2004)

Unbelievable: Why We Believe and Why We Don’t
by Graham Ward
(I.B.Tauris, 2014)

How the Light Gets In: Ethical Life I
by Graham Ward
(Oxford University Press, 2016)

The Goodness of God: Theology, Church, and the Social Order
by D. Stephen Long
(Brazos Press, 2001)

Theology and Culture: A Guide to the Discussion
by D. Stephen Long
(Cascade Books, 2008)

Keeping Faith: An Ecumenical Commentary on the Articles of Religion and Confession of Faith in the Wesleyan Tradition
by D. Stephen Long with Andrew Kinsey
(Cascade Books, 2012)

The Economy of Desire: Christianity and Capitalism in a Postmodern World
by Daniel M. Bell, Jr.
(Baker Academic, 2012)

Just War as Christian Discipleship: Recentering the Tradition in the Church Rather Than the State
by Daniel M. Bell, Jr.
(Brazos Press, 2009)

The Fall of Interpretation: Philosophical Foundations for a Creational Hermeneutic
by James K. A. Smith
2nd edition (Baker Academic, 2012)

The Hermeneutics of Charity: Interpretation, Selfhood, and Postmodern Faith
by James K. A. Smith and Henry Isaac Venema
(Brazos Press, 2004)

Radical Orthodoxy and the Reformed Tradition: Creation, Covenant, and Participation
by James K. A. Smith and James Olthuis
(Baker Academic, 2005)

After Modernity? Secularity, Globalization, and the Reenchantment of the World
by James K. A. Smith
(Baylor University Press, 2008)

The Devil Reads Derrida: and Other Essays on the University, the Church, Politics, and the Arts
by James K. A. Smith
(Eerdmans, 2009)

Science and the Spirit: A Pentecostal Engagement with the Sciences
by James K. A. Smith and Amos Yong
(Indiana University Press, 2010)

Letters to a Young Calvinist: An Invitation to the Reformed Tradition
by James K. A. Smith
(Brazos Press, 2010)

Teaching and Christian Practices: Reshaping Faith and Learning
by David I. Smith  and James K. A. Smith
(Eerdmans, 2011)

Imagining the Kingdom: How Worship Works
by James K. A. Smith
(Baker Academic, 2013)

Discipleship in the Present Tense: Reflections on Faith and Culture
by James K. A. Smith
(Calvin College Press, 2013)

You Are What You Love: The Spiritual Power of Habit
by James K. A. Smith
(Brazos Press, 2016)

Benedict XVI: A Guide for the Perplexed
by Tracey Rowland
(T&T Clark, 2010)

The Saint Who Would Be Santa Claus: The True Life and Trials of Nicholas of Myra
by Adam C. English
(Baylor University Press, 2012)

Torture and Eucharist: Theology, Politics, and the Body of Christ
by William T. Cavanaugh
(Wiley-Blackwell, 1998)

The Myth of Religious Violence: Secular Ideology and the Roots of Modern Conflict
by William T. Cavanaugh
(Oxford University Press, 2009)

Migrations of the Holy: God, State, and the Political Meaning of the Church
by William T. Cavanaugh
(Eerdmans, 2011)

Post-Secular Philosophy: Between Philosophy and Theology
by Phillip Blond
(Routledge, 2002)

Red Tory: How the Left and Right Have Broken Britain and How We Can Fix It
by Phillip Blond
(Faber & Faber, 2010)

Encounter Between Eastern Orthodoxy and Radical Orthodoxy: Transfiguring the World Through the Word
by Christoph Schneider and Adrian Pabst
(Routledge, 2009)

Theology, Rhetoric, Manuduction, or Reading Scripture Together on the Path to God
by Peter M. Candler Jr.
(Eerdmans, 2006)

Julian of Norwich and the Mystical Body Politic of Christ
by Frederick Christian Bauerschmidt
(University of Notre Dame Press, 1999)

Why the Mystics Matter Now
by Frederick Bauerschmidt
(Sorin Books, 2003)

Aquinas in Dialogue: Thomas for the Twenty-First Century
by Jim Fodor and Frederick Christian Bauerschmidt
(Wiley-Blackwell, 2004)

The Deacon’s Ministry of the Liturgy
by Frederick Bauerschmidt
(Liturgical Press, 2016)

Lift Up Your Hearts: A Prayer Book for Anglicans
by Andrew Davison and Andrew Nunn
(SPCK, 2010)

For the Parish: A Critique of Fresh Expressions
by Andrew Davison and Alison Milbank
(SCM Press, 2010)

The Love of Wisdom: An Introduction to Philosophy for Theologians
by Andrew Davison
(SCM Press, 2013)

Care for the Dying: A Practical and Pastoral Guide
by Andrew Davison and Sioned Evans
(Cascade Books, 2014)

Chesterton and Tolkien as Theologians
by Alison Milbank
(T&T Clark, 2009)

Theurgy and the Soul: The Neoplatonism of Iamblichus
by Gregory Shaw, foreword by John Milbank and Aaron Riches
2nd edition (Angelico Press/Sophia Perennis, 2014)

The Submerged Reality: Sophiology and the Turn to a Poetic Metaphysics
by Michael Martin, foreword by Adrian Pabst
(Angelico Press, 2015)

A Theology of Nonsense
by Josephine Gabelman, foreword by John Milbank
(Pickwick Publications, 2016)