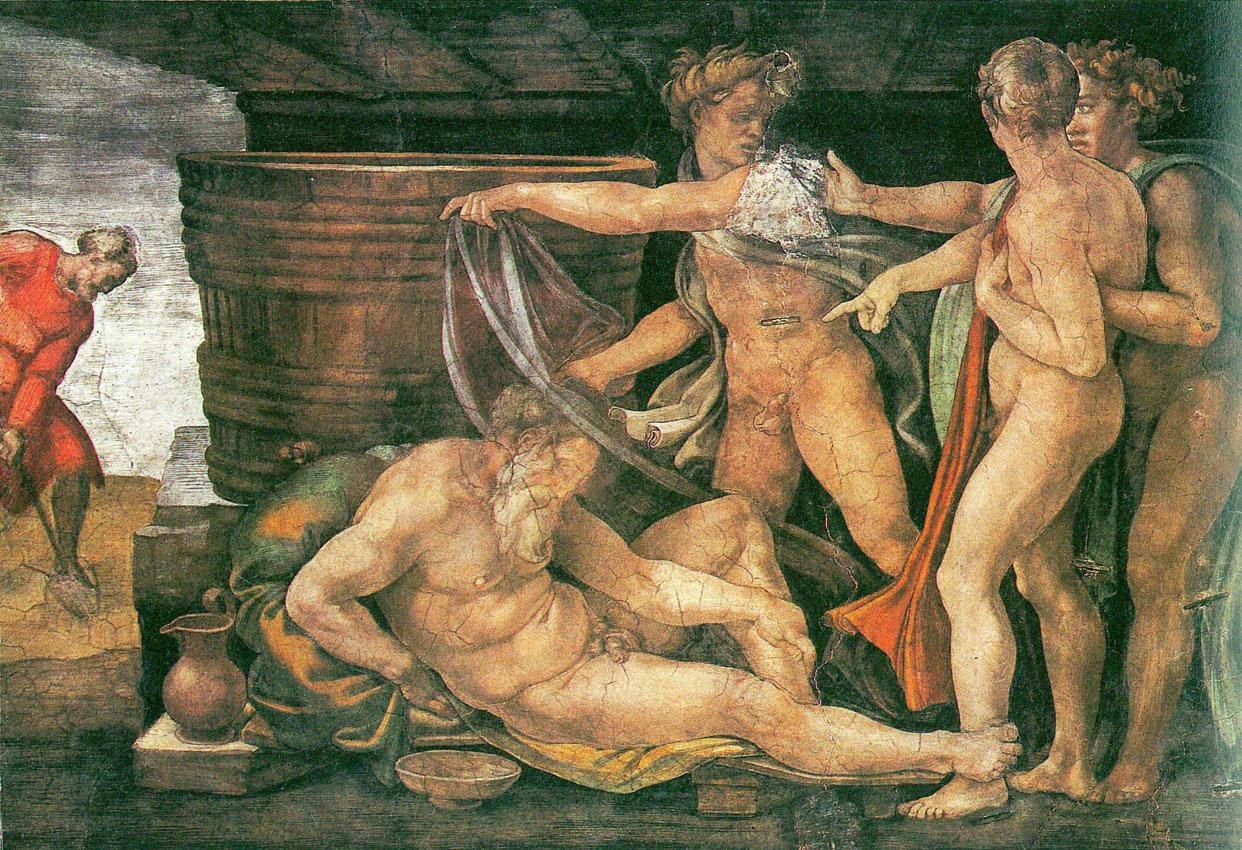 18 Aug Reflections on the Human and the Apocalyptic

Posted at 08:56h in Reflections by St Philip's Seminary, Toronto

Our Lord speaks of the individual forms and struggles of our lives which, whatever their intensities, unfold in the context of existence as we know it: “[Take] heed with yourselves lest your hearts be weighed down with dissipation and drunkenness and cares of this life”. But He expresses this call to personal holiness in the midst of evoking an apocalyptic dissolution of everything that is familiar and stable and reassuring: “There will be signs in sun and moon and stars, and on the earth distress of nations in perplexity at the roaring of the sea and the waves…for the powers of the heavens will be shaken”. What is the connection between these two kinds of discourse, the human and the apocalyptic? Whatever the connection, it seems to create a certain tension; they pull in different directions. Against the background of approaching catastrophe, how can we take seriously the struggle to overcome temptation and grow in holiness? If the world in which our lives are lived is overshadowed in this way, what significance can we accord our individual hopes and fears? Apocalypse creates restlessness and anxiety, even paralysis, causing personal struggle and transformation to appear trivial, perhaps ultimately even pointless.

Faced with this tension, and in an attempt to reconcile it, we might take the view that apocalypse is not impersonal destruction but Divine intervention, which would mean that both apocalypse and the call to holiness are among the works of God. But does this help to reconcile the tension? It may on the contrary seem to raise it to a new level of intensity. Isn’t creation itself a work of Divine Love? Why then would God intend to destroy it? And what could the connection possibly be between this and His call to holiness? Does holiness require that we become absolutely indifferent to the fate of creation? Or even, perhaps, that we eagerly anticipate apocalypse, because cosmic destruction conforms to the Divine Will?

Some non-Christian religions, and even some forms of Christianity, are ready to embrace such a conclusion, but to many of us there is something deeply troubling about it. And this reaction certainly isn’t mere sentimentality, but has a deep foundation in Revelation. According to the New Testament itself, the call to holiness originates in Divine Love, a Love which is revealed when God Himself takes flesh so that He and the world can be reconciled. Now what does ‘taking flesh’ mean? It means more than uniting with human nature in the abstract. ‘Taking flesh’ means that God enters concretely and unreservedly into human life and human experience. And human life and experience have a setting, a context, with which they are inextricably interconnected. This setting embraces everything God has given us, including what we call the world and indeed the whole cosmos in which He has placed us. The world and the cosmos are not incidental to humanity, but are its oxygen, its environment, its place of being. And it is all this into which God enters when He takes flesh and dwells among us: His Love encompasses and pours itself out not in human nature in isolation from the world, which is an impossibility, but in human nature as it concretely exists, in its intimate connection with everything else, which is to say in the whole of creation. It is for this reason that any attempt to see the destiny of human beings in separation from the fate of the cosmos as a whole is bound to fail. If God loves us, if He takes flesh and dwells among us, this means He loves and embraces creation in its entirety.

But this of course brings into even sharper relief the deeply troubling character of apocalyptic visions of cosmic destruction. Humanity and creation belong together. Violence done to the world is violence done to human life; human redemption and cosmic catastrophe cannot be reconciled. The doctrine of the Incarnation strengthens and deepens this insight. But why, then, does the Incarnate One speak of apocalypse?

There are various ways of answering this question. They begin from the insight that, in the light of the New Testament, the attempt to understand the destruction of the world as a work of God cannot be justified. Likewise they insist that, because of the words of Christ, the threat of apocalypse has to be taken seriously. But in saying this we also have to bear in mind that seriously doesn’t necessarily mean literally. Scholars point out that in the kind of apocalyptic discourse that we find in today’s Gospel Christ is employing language, inherited from the period of the last Old Testament writings, which is primarily poetic and dramatic in character. This means that in such passages Christ speaks, at least for the most part, in images and figures of speech, in terms that are imaginative rather than factual. But if this is true, we still have to ask about the underlying reality which, in using such language, He intends to evoke. If we are not necessarily dealing with literal “signs in sun and moon and stars”, what does such language point to and intend?

It could well be that we don’t have an ultimately satisfying answer to this question: passages such as these are among the most difficult in the New Testament to interpret, and remain to some degree unavoidably mysterious. But one possibility is that we are dealing here with apocalyptic language which figuratively expresses the significance accorded to human life by the revelation of Divine Love and the choices it forces us to confront and to make. Shall we allow God to draw us, as He seeks constantly to do, or shall we resist Him? The ultimate drama of the world is located here, in the human heart, and not in cosmic catastrophe. And yet, because human life and the world in which God has placed us are so intimately interconnected, it makes a very striking kind of sense to imagine the significance of the human encounter with God in terms of cosmic upheavals. For then it is as if Nature herself resonates with human freedom, in her own way living through and expressing the drama of the human and Divine encounter.

This encounter imposes itself upon us and penetrates to our very depths. Answering in either direction leaves nothing as it was before – for then either we are drawn more and more profoundly into the mystery of God in Christ, where all Truth and Goodness, all Wisdom and Knowledge, lie hidden, or else we decline into ever greater alienation from the source and meaning of our very existence. Now suppose we track these alternatives all the way to the end, to the moment when they receive their definitive form, either our final ‘Yes’ to God or else our final ‘No’. Is it the catastrophe of final alienation from God that in the Gospel is portrayed in terms of the “day” of cosmic distress, manifesting poetically the dissolution of everything that seems secure but which, because it refuses to root itself in God, must ultimately unravel? “Take heed to yourselves”, Christ tells us, “lest…that day come upon you suddenly like a snare; for it will come upon all who dwell upon the face of the earth”. Does this perhaps picture for us the inescapability of final and definitive choice, either in accord with God or refusing Him? At the same time, although the choice in one direction or the other is indeed inescapable, the outcome is not. For although what Christ calls “that day” must come upon everyone, nonetheless He tells us that the human disaster which is figuratively expressed in cosmic distress can be escaped. “[Watch] at all times”, He tells us, “praying that you have strength to escape all these things that will take place, and to stand before the Son of Man”. In these words Christ emphasizes, not the day of definitive choice itself, but rather all that precedes it. A final ‘Yes’ to God implies a life which has itself been a ‘Yes’. We cannot at the last minute fashion ourselves before God as we would like. We will be then what we have already made of ourselves.

There remains another possibility. Perhaps apocalypse in a more literal sense is what Christ means. But then we would have to conclude that the threat comes from ourselves, that it is we who will bring apocalypse about, if we carry on as we are. From this perspective, we can speak of a more literal apocalypse only as an unavoidable consequence of human sin, as the inescapable effect of turning away from Love and remaining under the dominion of self-assertion and hatred. In this sense, apocalypse may indeed be something the world has to endure, as the final working out of alienation from God, in which we do our best to destroy not only ourselves but also the world which God has given us. The contemporary imagination is already full of such forebodings, whether induced by a cataclysmic deployment of nuclear weaponry or by environmental disaster. But if we entertain these ideas, and do so in the light of the Gospel, then we have to add that whatever apocalypse takes place, it will only be a prelude to the promised consummation of all things in Christ. This consummation, anticipated in the Word becoming flesh and dwelling among us, cannot be restricted to human life in abstraction from creation, but involves the renewal of all things. Only sin and death are to be subject to definitive destruction, and beyond apocalypse we can be confident that God means to bring about a new heaven and a new earth.