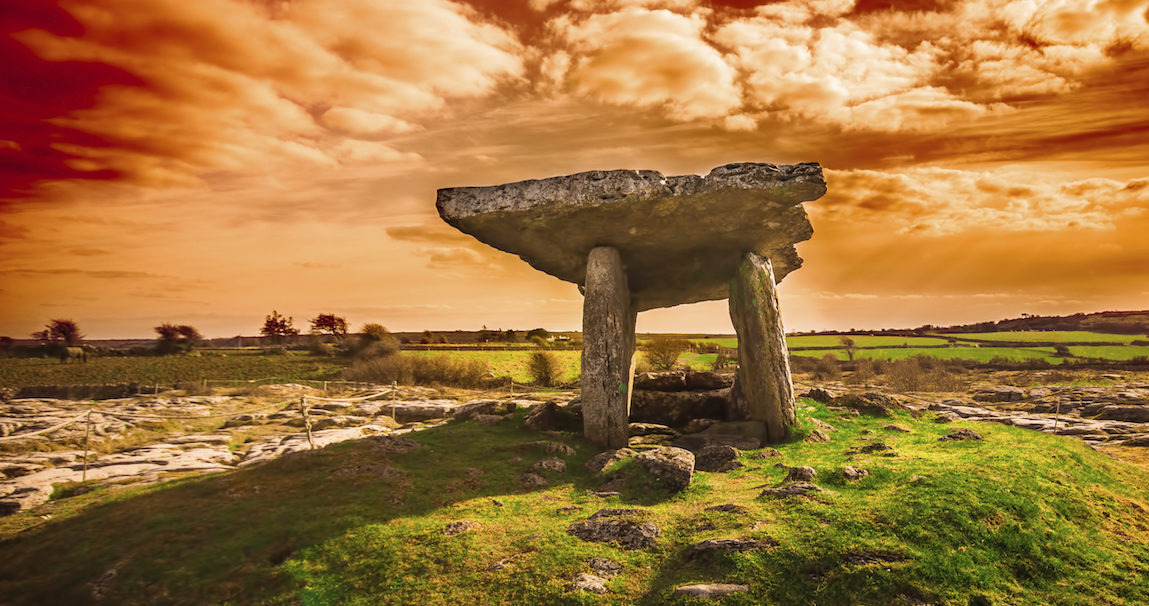 Early Irish poetry can be disorienting, to a poor modernist like me. I refer to verse from the sixth to ninth centuries, in Gaelic and in Latin (often with an irrepressible brogue) — what the Irish call “Old,” to distinguish from their “Mediaeval” verse in the tenth through, say, the seventeenth century. Ireland is special in that way; having in some sense invented Europe, she then became aloof, ignoring Renaissance and Reformation. Hence a modernity which becomes fully apparent only in the eighteenth century. But this is merely to arrange our file folders.

Let us take boy-girl love poems. They are found in all cultures, but one becomes accustomed to the girl being the object of a prodigal affection. In Old Ireland it was usually the boy. This is not because those Irish were all faeries or fancy elves, for the atmosphere is plainly heterosexual. Nor is it because the poets were all female, though being mostly anonymous we must guess what they were. Rather, the convention runs the other way. It is the young woman serving the table of princely warriors who falls, hard, for one or another. And, owing to high mortality among the princely warrior class, the woman may have a succession of husbands. The men, for their part, celebrate the chastity of field and fount; those who live to become sages throw in with the monastery and “give women the laugh.”

But the old sage may, too, be a woman. She may have burnt through men like a harlot, by her own account, but now the long year has passed, and it is time to pray, in winter. The case is complicated, because it may be a man writing the poem, presenting himself as the aging harlot, in dry wit threading through asceticism.

I mustn’t stereotype, mustn’t I? … I squib upon one corner of a poetry I cannot read, except in translations; a poetry most nimble across a wide range of spiritual, and material themes. It is unmistakably Christian, but from the intersection with the ancient pagan world, in a place where Gaelic and Latin meet, also. Only in the last century did the scholars realize that the Gaelic metres are not copied from Latin hymns; that both, as Greek, have deeper “Indo-European” antecedents.

I think back to it today, in struggling with Saint Augustine. I am hardly the first to discover in his (prose) homilies the presence of spooky internal rhymes. These, too, are in the Gaelic Irish; and they are not like jingling modern rhymes. There are strict rules, which we might associate with “good taste,” that limit the rhymes to the vowels, in combination with consonants that must be “broad” or “slender.” Only gradually do they migrate to the line endings, where the danger of a jingle comes into view, and the challenge is to enlarge their resonation, as the bells on the cathedral towers.

Here is where our world starts — our post-classical world as it floats free of the elderly pagan, in buoyant genius, ascending everywhere. We can admire Cicero, as Augustine certainly did, yet read him as something exotic and foreign. In Augustine we read something exotic, turning familiar, such that his distance from Cicero is greater than Augustine’s distance from us. And the oldest Irish verses are on this side of that mysterious divide.

It is strange, how Europe was invented. One would expect the thrust to come marching through Anatolia, from the south-east to Rome with the Apostles. And it does, but it also sings across the sands of Egypt, across North Africa, then up through salt Atlantic water. The heart of the dark savage Continent is penetrated, as much from rural Ireland as from the crumbling urban centre. A kind of halo comes to surround the new, the unimaginable land, and a voice as if from nowhere.

Oh sing unto the Lord a new song.