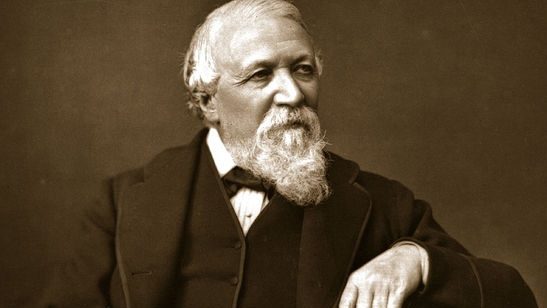 06 Sep Include me in

“Whenever I hear the word ‘culture’ I reach for my Browning.”

This, attributed to Goering but rather indited by some other nutjob mediocrity, is among my favourite phrases. Often I cite it with glee. I know just what he meant; rarely has one the chance to empathize with Nazis. Monsters they were, but also human, and if we lose the means to recall what made them tick, we are disadvantaged against their successors.

Ditto with Islamic terrorists, incidentally. Unless we can see them, sometimes, from the angle that makes them most attractive, we miss the whole picture. Know the enemy, I say. The worst psychopath may offer to share some droll humour. It is my firm belief that even liberals and progressives can be charming, sometimes.

I wonder to which of Mr Browning’s works Herr Goering would first reach? Would it be an earlier work, as Paracelsus, or Sordello? A later, such as Jocoseria, or Asolando? Me, I think I would start with a dilatory romp through the Dramatic Idylls, then hunker down with The Ring and the Book.

Whenever I hear the word “Baroque,” I reach for my Bach. But soon after I think of Rubens. (In point of historical sequence, Bach might rather be termed “Rococo.”) And then all these churches come to mind, from walking tours in my distant past. England was very poor in Baroque (and Scotland could be omitted entirely); Mitteleuropa quite rich.

I was raised not to appreciate the Baroque, by an industrial designer tending more to the Bauhaus, but for that very reason the fleshy curves and high choral contours became my guilty secret. The choice is finally that between a bulminic and a healthy girl. The attraction to these starved fashion models is not healthy at all; how easy to confuse them with little boys.

The whole question of art and cultural history turns on such terms. They are necessary if we will talk at all. But too, they are always misleading. Discretion is the better part of valour, sage Falstaff says, but really it is the sceptical judgement that we require, to keep valiant assertion on the rails.

Browning, one might say, was very late Baroque. We read him today (if at all) through the eyes of Ezra Pound, who looked for that part of Browning that was least Browning. Pound, as many who blossomed in the ’twenties of the last century, was the opposite of extravagant. As master craftsman his constant instinct was to pare down. And yes, that is an aspect of master craftsmanship. But Browning’s constant instinct was to add what was missing. (Pound should rather have embraced Tennyson, his fellow “pure craftsman.”)

The whole mission of Rubens and (Vivaldi and) Bach and Baroque (and Browning) is to recover what has been lost: to put the quivering flesh back on the stripped skeleton; to restore the decorative flourish. The priggish Victorians did this mechanically; Rubens did it resplendently, in defiance of all the prigs in his day.

Grow old along with me!
The best is yet to be,
The last of life for which the first was made:
Our times are in His hand
Who saith, “A whole I planned …”

On further thought it is to Browning’s “Rabbi Ben Ezra” that I first turn; and to its declarative faith, that the good may be found in the least expected places.