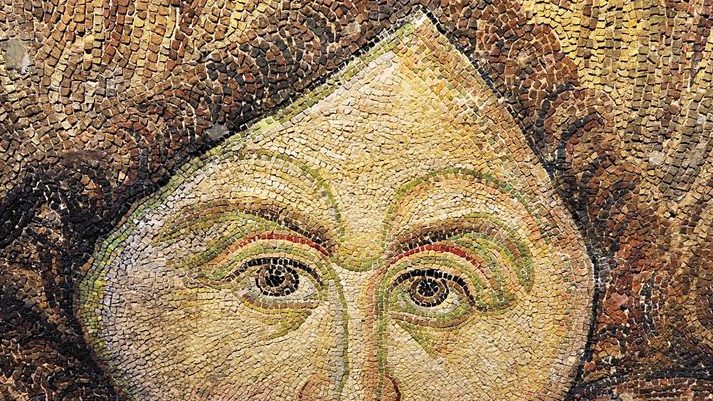 True worship of Christ consists in imitating Him. Peter, however, thinks otherwise. He wants to protect Christ, defending Him from the suffering and death which lie ahead; and this defensive, protective attitude, by which Peter hopes to insulate Christ, elevating Him triumphantly above any involvement with the sorrows and obscurities of human destiny, is what Peter thinks a truly religious disposition, an authentic worship, requires of him.

In this, we can see that Peter has in mind, simultaneously, an image of Christ, as the sacred object of his devotion, and of himself, as the devoted subject, each side of the image reinforcing the other: Peter drawing from his devotion to Christ, and Christ, reciprocally, approving and rewarding Peter’s devotion. And we can also see that just as Peter desires to worship Christ by offering Him immunity from suffering, so he expects that this immunity will spread from Christ to himself, according Peter the same security which Peter accords Christ. So when Peter exclaims God forbid, Lord! This shall never happen to you, he means, certainly, that Christ must be protected, but also, and perhaps especially, that he himself must be.

In other words, Peter’s idea of worship is essentially self-regarding. In worshiping Christ Peter seeks to fashion an image of himself, as one both devoted and victorious – meaning that Peter’s image of Christ is little more than a projection onto Christ of what is necessary for the realization of Peter’s own idealized self-conception.

And it is this self-conception which gets challenged when Christ begins to speak of the suffering and death He must undergo. For when this happens, Peter’s projection onto Christ gets blocked, Christ begins to move away from him, escaping the constraints by which Peter had desired to hold Him in place, and so Peter in turn is cut adrift, begins to lose himself, in the opening out of a territory which threatens to make his cherished self-understanding irrelevant.

And not only irrelevant, but worse than irrelevant, in fact positively harmful, as Christ tells Him: Get behind me Satan! You are a hindrance to me; for you are not on the side of God, but of men.

With these words, it becomes clear that it is essential that Christ break the bonds that Peter has made for Him, that He refuse and escape the kind of worship that Peter desires to offer Him. For only then, in the violence of Christ’s repudiation of the reciprocity that Peter has imagined and tried to force upon Him, can the grace of the Paschal Mystery be released: For whoever would save his life will lose it, and whoever loses his life for my sake will find it.

In this moment of rupture, Peter is doubtless made baffled and bereaved. His desire to seclude Christ within a religious imagination which kept both of them safe and sound is now unmasked as an obstruction of Divine purpose, an effort to immobilize and repress a movement of grace which must be allowed to pass freely into regions of isolation and abandonment which Peter, very naturally, fears and flees from. In being shown what lies ahead, Peter’s imagination fails him. How can worship be offered, how can religion survive, when the Son of the living God Himself foresees no glorious triumph but, instead, embraces the terrible singularity of suffering and extinction?

The answer that Christ gives does not evade the paradox but insists on it: If any man would come after me, let him deny himself and take up his cross and follow me.

In these words, religion and worship are radically re-thought. They are no longer conceived as forms of stability and reassurance set in opposition to common human destiny. Instead, they are unveiled as a way of participation in that very destiny.

But not just any kind of participation: this participation has the form of following Christ Himself on His way of the Cross. And it is this following in which religion consists. Worshiping Christ, as He seeks to be worshiped, means imitating Him, it means living and dying as He lived and died: and not merely in exterior imitation, a likeness of appearance, but by sharing, from the inside out, in His own living, dying and rising again.

Here we have moved decisively beyond Peter’s understanding of worship, as our custody of a Divine object that reassures us of our identity as religious subjects. Instead, we are drawn into the mystery whereby Christ conforms us inwardly to Himself according to His own pattern of dispossession and re-making. There is no other worship than this; and everything that we identify as religion and worship – the mass and the other sacraments, our prayers and our devotions – all of this is ordered to our sharing in the life of Christ, in spirit and truth, which is the Christian understanding of redemption and sanctification.