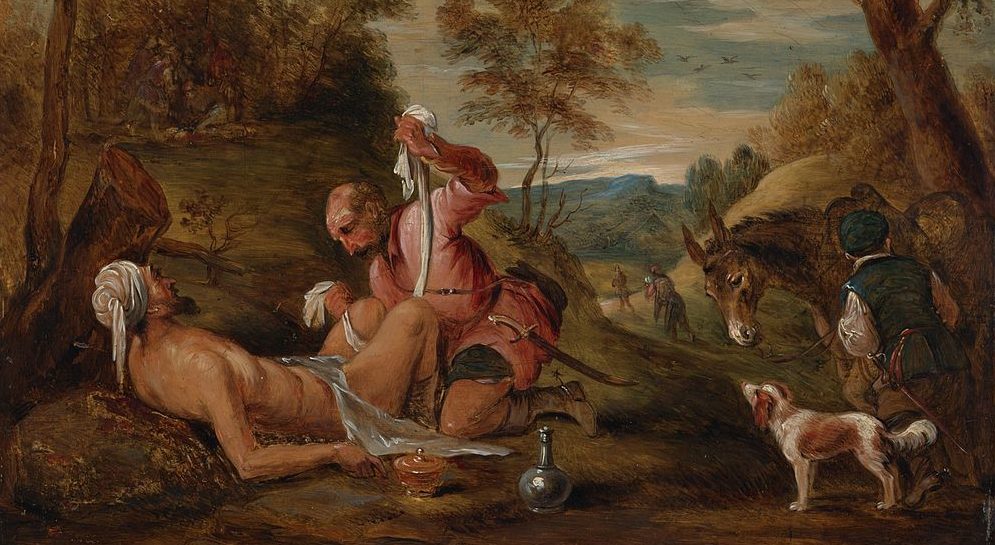 Generosity lies at the very heart of the Gospel, and so, if we are estranged from generosity, we are estranged from the Gospel itself. But, at the same time, the generosity which the Gospel reveals is something new, which beforehand we have never seen or even imagined, and which we still cannot properly comprehend: For my thoughts are not your thoughts,  neither are your ways my ways, says the Lord. For as the heavens are higher than the earth, so are my ways higher than your ways and my thoughts than your thoughts.

Divine generosity, then, appears very differently from our own. And this is because Divine generosity is incomprehensibly free and universal, whereas our generosity is a merely occasional adjustment within a landscape determined by justice. Divine generosity acknowledges no such limitation, and so refuses our prioritization of obligation and entitlement, retribution and reward. For us, the most important thing is to ensure that almost everyone receives no more and no less than what is due to him. But God has no such interest, and for Him generosity isn’t a merely occasional alleviation, relaxing an otherwise implacable severity, but is instead sovereign from the start. And it is this which we find so difficult to conceive: that Divine generosity is transcendentally unrestricted, measured by nothing except the ingenuity and exuberance of its own inspiration.

But why is it that we, so differently from God, prefer justice over generosity? I would like to suggest that it is because we find justice more reassuring than generosity, even though justice faces us with the possibility of retribution. In fact, according to justice, retribution and reassurance are very closely connected. For although justice threatens punishment, it at the same time reassures us by providing the means by which punishment can be avoided. Justice promises us that if we exactly observe all that it requires of us, we can free ourselves from retribution and instead entitle ourselves to reward. In other words, justice offers us a system that we can understand and adhere to: it promises stability and security. It offers us a vision of the world in which we can know where we stand, and indeed where everybody else stands. This is the form of reassurance that it offers.

And now, from the perspective of justice, we can see more clearly why it is that generosity must necessarily be something exceptional. For generosity opposes itself to the reassurance that justice provides. What generosity means is that justice is no longer a system we can rely upon; it provokes possibilities and produces outcomes which do not depend upon justice and therefore do not validate it. Generosity, too frequently indulged, disorientates us. It suggests that there is no longer a reliable strategy through which the threat of punishment and the promise of reward can be managed. More than that, it suggests that reward and punishment themselves may not be the ultimate horizons according to which we are called to live. But if that is the case, then where are we? Too much generosity looks like a fatal defection from due order, even a kind of anarchy. Now when the first came, they thought they would receive more; but each of them also received a denarius. And on receiving it they grumbled at the householder, saying, ‘These last worked only one hour, and you have made them equal to us who have borne the burden of the day and the scorching heat.’

And indeed, for those whom justice holds captive, generosity can only breed resentment. And this resentment estranges us from the Gospel, and from the participation in Divine life which the Gospel offers us. For to resent generosity in the name of justice is to resent grace itself, which is essentially something undeserved and therefore unjust. Or rather, not unjust, because it is only against the background of justice that the category of the unjust, as an offence against justice, makes any sense. We should say, instead, that grace is beyond justice, given without reference to justice, as if justice had never been.

We can say that grace is given as if justice had never been for two reasons. First, because grace is given to creation, which itself transcends justice by originating in an undeserved generosity, the summoning of the world from nothing. We can think of this as a kind of first grace, as the primordial act of Divine generosity towards us. And second, because grace is given to a fallen creation, in which Divine generosity is doubled: an already undeserved existence is offered a newly undeserved restoration and completion. But of course all these distinctions are in a way artificial. In truth there is really only one grace, one movement of Divine generosity, in which the whole origin and destiny of the world is encompassed. The grace of creation, redemption and sanctification is the single unfolding of God’s everlasting desire to bring to union with Himself all that He has groundlessly loved into being.

Justice, then, is quite incapable of making sense of the most fundamental contours of creation, redemption and sanctification. Justice encodes neither the mystery of our being here, nor our retrieval of that mystery, nor its consummation. To approach these things, we have to discern a different order, and an alternative logic, from anything that justice can comprehend.

The Gospel has its own way of teaching us this. It shows us how, if we frame things in terms of justice, we not only end up resenting God’s generosity to others, but at the same time we limit our capacity to receive His generosity to ourselves. And so we find that the labourers who come first establish their entitlement in advance and therefore know what their labour is worth, which means of course that they must resent the same payment given to those who have laboured less. But for precisely the same reason they also restrict what they themselves can receive. They restrict it, first by settling it, and then by requiring it, all as a matter of justice, rather than trusting unconditionally in the householder’s generosity. They become fixated on the precise dimensions of their reward. And this fixation makes it unimaginable to them, not only that they would receive less, of course, but also that it was possible for them to receive more. Unwilling to entrust themselves to the householder, they instead treated with him according to justice – which was always a diminishment of him, as his treatment of the late arrivals precisely demonstrates. Who knows what more he might subsequently have given to those who had laboured longest? But they shut themselves out, preoccupied only with justice and its resentments, blind to the logic of generosity into which they are called to enter. And so there is nothing left for them except, as the householder tells them, to take what justice entitles them to, and depart.