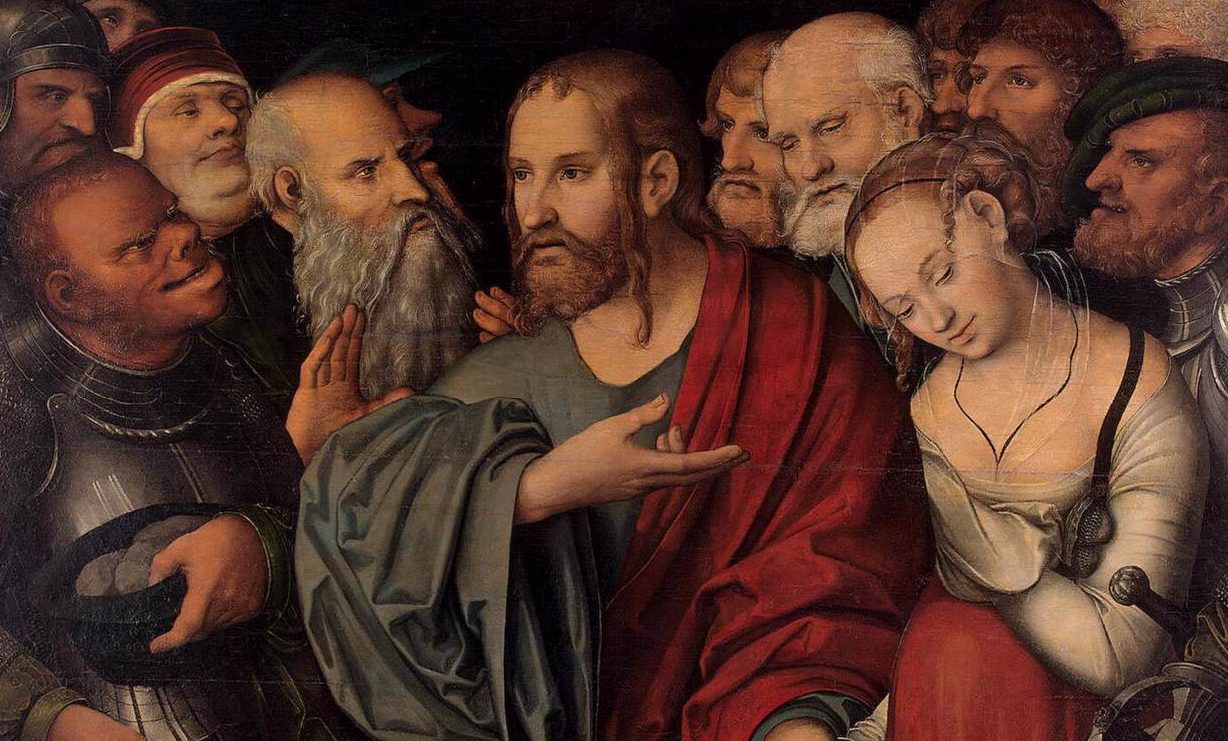 03 Nov Reflections on Pharisees and Catholicism

“Is it lawful to pay tax to the emperor or not?” The Pharisees, as St Matthew tells us, intended their question as a trap. If our Lord denied that paying was lawful, he’d antagonize the civil power; if he affirmed it, His religious integrity would be forfeit. Either way He’d court destruction, which of course is exactly what the Pharisees want.

Theirs is characteristically political conduct, in the sense that they subdue truth to self-interest. Beyond self-interest, the truth about the question they ask opens up vast horizons: our relationship to God, our relationship to each other, and the interactions between these relationships. But the Pharisees disregard this depth and spaciousness. They miniaturize things to the dimensions of a dilemma whose only purpose is to assert themselves against the one who is opposing them. For the Pharisees, whatever Christ answers will be a merely partisan commodity, valuable only to the extent that it can be deployed strategically.

But for that very reason, their strategy fails. Because they subject truth to self-interest they fail to see what is possible; they conceive a dilemma which is in fact easily surpassed, and so the trap which they set captures and displays only their own diminished imaginations. Our Lord opens up what they have tried to close down. He speaks the truth of social order and the truth of religious identity, bringing each to light in its relatedness but also in its difference. A confining dilemma – is it this or is it that? – is overcome by the inclusive expansiveness of what’s true.

Now if we say that in all this the Pharisees are behaving politically, we don’t mean only that they are behaving like professional politicians. It’s true, I think, that contemporary party politics – and perhaps party politics in every age – is marked by the attempt strategically to reduce truth to a partisan commodity. But this is hardly true only of politicians – unless we speak figuratively of the politician in us all. For the tendency to partisan subjugation of the truth is something that affects everyone; it is perhaps one of the profoundest of the disorders deeply and universally inscribed in us by the Fall. It can express itself even in the Church. Not, of course, in the teaching of the Church, which in its intricate unity tends precisely to shatter everything untruthful; but rather in our appropriation of that teaching, in what we make of it – that is, in how we take hold of it and deploy it.

Think of how easily terms like conservative and liberal are used to identify what appear to be diverse patterns of belief and practice in the Church. It’s true that it’s also somewhat customary to disavow these manifestly political designations, saying that they are misconceived labels imposed by a secularizing media. But such disavowals are inadequate, because in fact we also more or less consciously label ourselves. And that ensures that the political designations have a certain truth. For we do find ourselves tending to prefer some truths to others, even among the teachings of the Church, and in light of such preferences we tend to build our conceptions of the Faith and of ourselves as its adherents. And if we ask about what underlies our Catholic preferences, we often find what might be called broadly political dispositions, quite aptly named ‘conservative’ or ‘liberal’, which have a thousand causes in our backgrounds and experiences and which play out in everything we are, including what we are as Catholics.

We might want to pretend that the influence upon us is all in one direction, that Faith and Faith alone shapes who we are; but it seems clear that that isn’t true, because who we are also shapes, and perhaps sometimes mis-shapes, the Faith we profess.

And yet the idea that Faith alone shapes who we are, if not always true in fact, does capture an ideal: it captures the Catholic ideal, in fact, for ‘Catholic’ means precisely not partisanship, but rather universality. And that means that no truth is alien to Catholic Faith, that in Catholicism every truth can speak and find its home, which in turn is the reason why Catholicism is itself the truth, rather than just another ideology located somewhere on the battlefield of the culture wars where, at best, half-truths predominate.

In considering this, let us have some concrete examples before us.

When St Thomas Aquinas discusses the morality of human actions, one of the things he says is that if someone steals in order to commit adultery, then he is more an adulterer than he is a thief. This doesn’t mean that he isn’t a thief, of course, but it does mean that saying he’s a thief isn’t the only, much less the final, word about him, precisely because in his heart he passes, through theft, into what really interests him, for the sake of which he acts in the first place – which is his adultery.

Now what Aquinas is doing here is putting a certain wrongful action – theft – in the broader and deeper context of desire which explains it. And what Aquinas says about this obviously applies quite generally. Suppose the man stole, not in order to commit adultery but in order to provide for someone in need. He would still have stolen, and his stealing would still be wrong, but, unlike the adulterer, Aquinas thinks we ought now to see him as someone trying to achieve something admirable, not merely or even primarily as a sinner guilty of theft. Aquinas would insist that his heart was in this case more fastened on something good than on something bad, so that he is, morally speaking, more a good samaritan than he is a thief – even though, along the way, he does indeed steal.

Nothing in what Aquinas says here is dubious from the Catholic point of view. On the contrary, his is a classical and orthodox understanding of the ways in which moral goodness and badness can simultaneously characterize the things people do. And Aquinas’ position shows how we can deepen our moral understanding. Firmly and courageously, we can and must say that some kinds of human conduct are morally wrong; but also, peacefully and generously, we can do this while also acknowledging the good at which that very conduct was perhaps aiming, and which it may in fact have achieved, in spite of the wrong that was also involved.

To this we can easily imagine two kinds of Pharisaical reaction, two ways of reducing the fullness of truth to mere partisan strategies. One might either, in a conservative kind of way, insist on the bad at the expense of acknowledging the good, or insist in a liberal kind of way on the good at the expense of acknowledging the bad. In either case, we are dealing with ideology, not orthodoxy. Neither conservative nor liberal attains the fullness of truth, because each insists on only part of the story: the part of the story that un-challengingly coheres with an identity that is social and cultural before it is Christian.

These things matter because truth matters. We must learn to speak more truthfully with each other. Think again of the man who steals in order to provide for the needy. You can’t really speak with him, you can’t really engage with him truthfully, if you keep his theft out of sight: that way you merely flatter and coarsen him, achieving solidarity at the expense of truth. But at the same time, and equally importantly, if all you do is censure his theft, without being prepared to hear and to learn about the good he hoped for and maybe even achieved, then you condemn your encounter with him to an unfruitful estrangement. In either direction, whether by an untruthful accommodation or an untruthful divisiveness, the Pharisees win out.

And surely we owe something better than that, both to each other and to God.