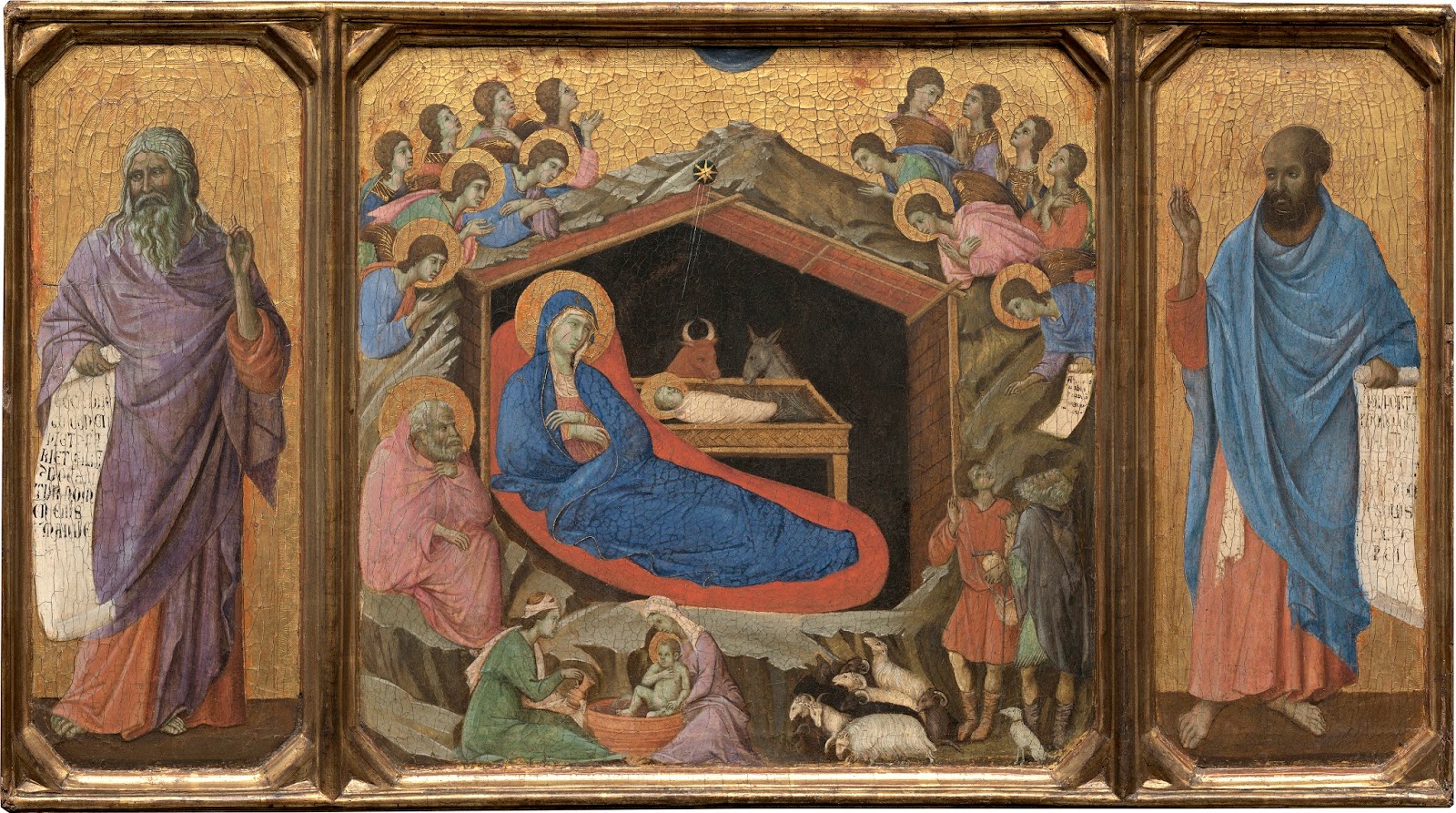 So through God you are no longer a slave but a son, and if a son then an heir. In these words St Paul describes what Christ achieves for us, moving us from slavery to filial inheritance. But this movement is of a singular kind. It isn’t exactly a transformation, because a transformation implies something entirely unprecedented. Contrary to this, Paul’s teaching is that filial inheritance cannot be unprecedented. One cannot simply be made into a son and heir by a sudden and arbitrary elevation of one’s identity. Instead one must be destined to be a son and heir from the beginning, a destiny which is achieved and fulfilled when one’s filial inheritance becomes actualized. Now according to Paul’s understanding, this is what Christ accomplishes for us: He actualizes a destiny, an identity, which has been ours from the beginning. And this is because our beginning is in Him. The primordial son and heir is in fact the Word made flesh, and we have been created in order to share in the filial inheritance which is originally His own. When He makes us sons and heirs, this does not so much transform us, because instead it completes us, according to the form which, in Christ, has always been ours.

But if sharing in the filial inheritance of Christ is what elucidates both our origin and our destiny, we also have to take account of the slavery which has intervened. By this slavery, our identity as sons and heirs has been obscured; and not only obscured, but in a mysterious way suspended. Because of this slavery we are made other than ourselves, estranged from ourselves, interiorly divided from what we are. This is what slavery to sin accomplishes: it turns us from God, by turning us from ourselves, making it impossible for us concretely to be what we truly are. St Paul’s way of expressing this is to say that, because of sin, we are like adults who have become children, cast adrift from the rights and responsibilities of our maturity. It is an intriguing and very suggestive image: sin as a kind of infantilization. And this infantilization, brought about by sin, is something which we will to occur, or at least it is something in which we willingly collaborate. Sin is our wilful participation in a collective defection from maturity.

This way of thinking rightly refuses sin the compliment of a more dramatic characterization. Sin is revealed, in a way quite simply, even disarmingly, as a refusal to be grown up. In sin, we overlook the truth of things, their interconnections and their depths, and prefer to handle them superficially, trivially, according to the immediacy of the gains and losses which they unreflectively make accessible to us. In other words, sin is a kind of stupidity, a failure of awareness and insight, an incomprehension towards what we have been given. So we should not flatter ourselves. As sinners we do not enact some momentous alternative to the good, but merely show ourselves as not especially smart, when all the time we were thinking of ourselves as ahead of the game. We should experience sin as that kind of humiliation.

The sense of maturity, of experience and familiarity with the world, which sin flatters us into believing we have acquired is therefore, in reality, infantile. We have to be ready to forego this counterfeit maturity, so that we can retrieve that in which maturity truly consists. And then we find ourselves to be another kind of child: the son and heir to whom, in Christ, everything from the beginning has been given.

For just as sin is not maturity but foolishness, not a way of relating to the world but a failure to relate to it, so conversion from sin does not mean leaving the world behind, but on the contrary relating to it for the first time: and to as much of it as we can, without the slightest aversion or inhibition, which means, precisely, relating to it as sons, rather than as slaves.

This is what it means to be redeemed. And in St Paul’s understanding this means, simultaneously, freedom from sin and also from the law, the law which traps us in cycles of transgression and punishment. For, according to Paul, the law merely forbids sin without according us the freedom actually to live without it. It is the law which gives to sin all the glamour of the unavoidable transgression, forbidden yet inescapable, and therefore turns sin into a way of being, the semblance of an alternative maturity. The law, then, collaborates with sin in infantilizing us, punishing us for sins which it is powerless to prevent from enticing us.

And Paul’s whole point, in the Letter to the Galatians and elsewhere, is that only in Christ are we delivered from this arid circularity. In Christ, we rediscover ourselves as sons and heirs, reaching back, behind sin and behind the law, to the originating moment of creation, restoring and completing our maturity as children of God.