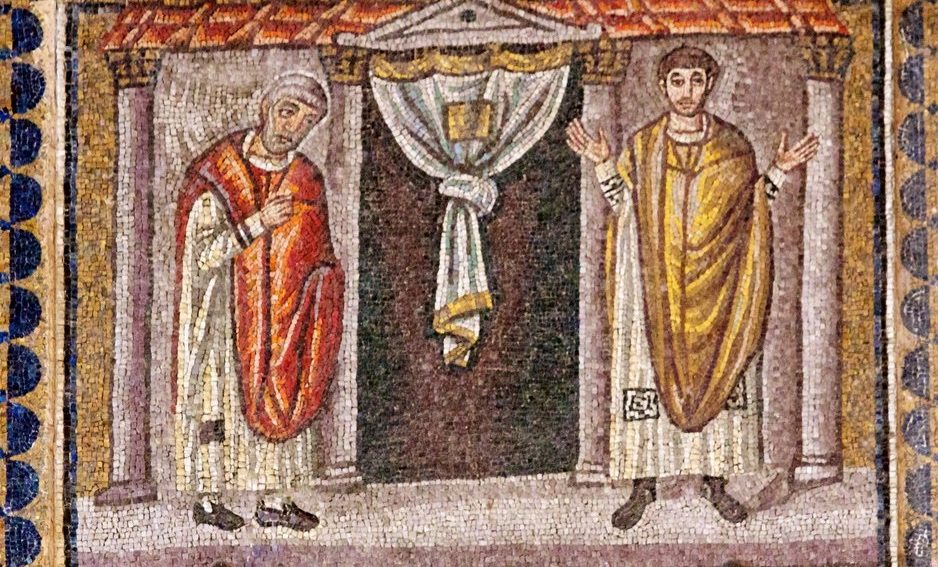 14 Mar Reflections on Sin and Righteousness

If we say we have no sin, we deceive ourselves, and the truth is not in us … but if anyone does sin we have an advocate with the Father, Jesus Christ the righteous; and He is the expiation for our sins, and not for ours only but also for the sins of the whole world. Let us begin with one way of hearing what these words tell us, a way from which we shall subsequently depart. But because this way has been influential in the history of Christianity, and may even be influential on ourselves, it is worth tracing it out, as a provocation to arrive at a better understanding.

Now I want to say that this picture of Christianity leaves out many things: in fact, it leaves out the most important things of all. And among these things that it leaves out, perhaps the most decisive is this. The Father’s heart is already turned towards us, not solely in a movement to be explained by Christ’s advocacy on our behalf, but in advance of that – in fact, in advance of everything. For the fact that the Father’s heart is already turned towards us explains why, in Jesus Christ, His Son comes among us in the first place. St John couldn’t be clearer about this, when in his Gospel he tells us that God so loved that the world that He gave His only Son…that the world might be saved through Him. If this means anything, it tells us that the Father always loves us, that the Incarnation is not the cause of this love, but rather its manifestation among us. And this shows that the Father bears love towards us in spite of our unrighteousness. It is very easy to forget this, to fall into thinking that sin makes us unlovable in God’s eyes, and that therefore something has to happen in order to change things, so as to make us lovable again; and then we assume that this is the Incarnation, and above all the Paschal Mystery. But this isn’t quite right. Not only St John tells us so, but also St Paul in his Letter to the Romans, where we read that God shows His love for us in that while we were yet sinners Christ died for us. ‘While we were yet sinners’ God shows His love for us. Our unrighteousness, then, does not make us unloved, and it is not Christ Who makes us lovable. Instead, Christ is the One Who manifests to us that, even in our unrighteousness, the Father loves us, and therefore, because He already loves us, desires our unrighteousness to be overcome.

But then we want to ask: what difference does sin make? And I think we can put the answer this way: sin, unrighteousness, does not mean God’s estrangement from us: it means only our estrangement from God. He has never ceased to love us, but in our unrighteousness we have ceased to love Him. And this is the situation which the Incarnation elucidates for us and promises to overcome. Our unrighteousness is revealed, in Christ, as a failure to love: it is shown up as our failure to correspond with the love that creates and sustains us from the beginning. What this means is that God’s love for us is always the first and absolutely unconditional truth, which clarifies the being of the world and everything in it: Divine love is the foundation that can never be truly forgotten or surpassed. And yet, because of sin, we do not inhabit that truth, but have turned away from it, creating a world within a world, hiding from ourselves the love that always shelters us. But in Christ, the love which we have been hiding from ourselves is made newly and definitively manifest; and we are recalled to it, invited once more to live in the light which it casts, undergoing an exodus from the darkness in which we have concealed it from ourselves, to dwell instead in fellowship with the love with which God loves us. It is in this sense that Christ is our Advocate with the Father. It is not that, in His righteousness, He induces the Father to forgive us. Instead, He advocates for us before the Father by renewing and completing, on our behalf, the visibility of the love which the Father has for us from the beginning. Now this advocacy on our behalf is precisely what St John calls the righteousness of Christ. His righteousness in the Father’s eyes, in other words, consists in the fact that He manifests the love which the Father bears us, and thereby invites us once more to live in fellowship with that love.

And yet, despite this, it remains the case that if we say we have no sin, we deceive ourselves, and the truth is not in us. But affirming this, while it is essential, does not define us as sinful, unrighteous, as if this were the most basic fundamental characterization of us that Christianity offers, as if being a sinner is what Christian consciousness most deeply identifies with. If we were essentially unrighteous, then God could not love us, for He cannot love what is unrighteous: love cannot love the failure of love. But God does love us, even in our unrighteousness, and this means that unrighteousness cannot be our fundamental truth. We are indeed unrighteous, sinful, we do, obviously, fail to love in correspondence with the love of God, and this is a truth which, in Christ, we must acknowledge and which we must seek to undo. But to say that we must do this in Christ is, precisely, to recall that we have an advocate with the Father, Jesus Christ, who testifies in Himself to the Father’s love for the world by which the sin of the world is surpassed. So in Christianity sin does not define us: in Christ we are shown to be more, much more, than the sin that infects and deflects us.

To think otherwise is to deny the wisdom of God’s love for us. It is true that, reflecting on ourselves, we may not always be able to see this wisdom, to feel in ourselves the ground of God’s love for us. But this obscurity is itself an effect of sin, which is nothing other than our blindness to the love of God. We must therefore, against sin, have an absolute faith that God loves us, and this must be the foundation of our confession that we are, in addition, sinners, in need of forgiveness and healing. Of course we are. But we have a way of emphasizing, one might say dramatizing, our sinfulness, which seems like an expression of Christian truth but is, in fact, a distortion of it: for we must not try to think of ourselves as more unworthy of love than God sees us to be. It is true, as St John tells us, that if we say we have no sin we deceive ourselves, and indeed make God a liar. The witness to our failures to love that is given in Christ is unavoidable, and it demands our repentance and conversion. But we must find the balance: for neither does God lie when, in Christ, He witnesses that He loves us in spite of our unrighteousness.