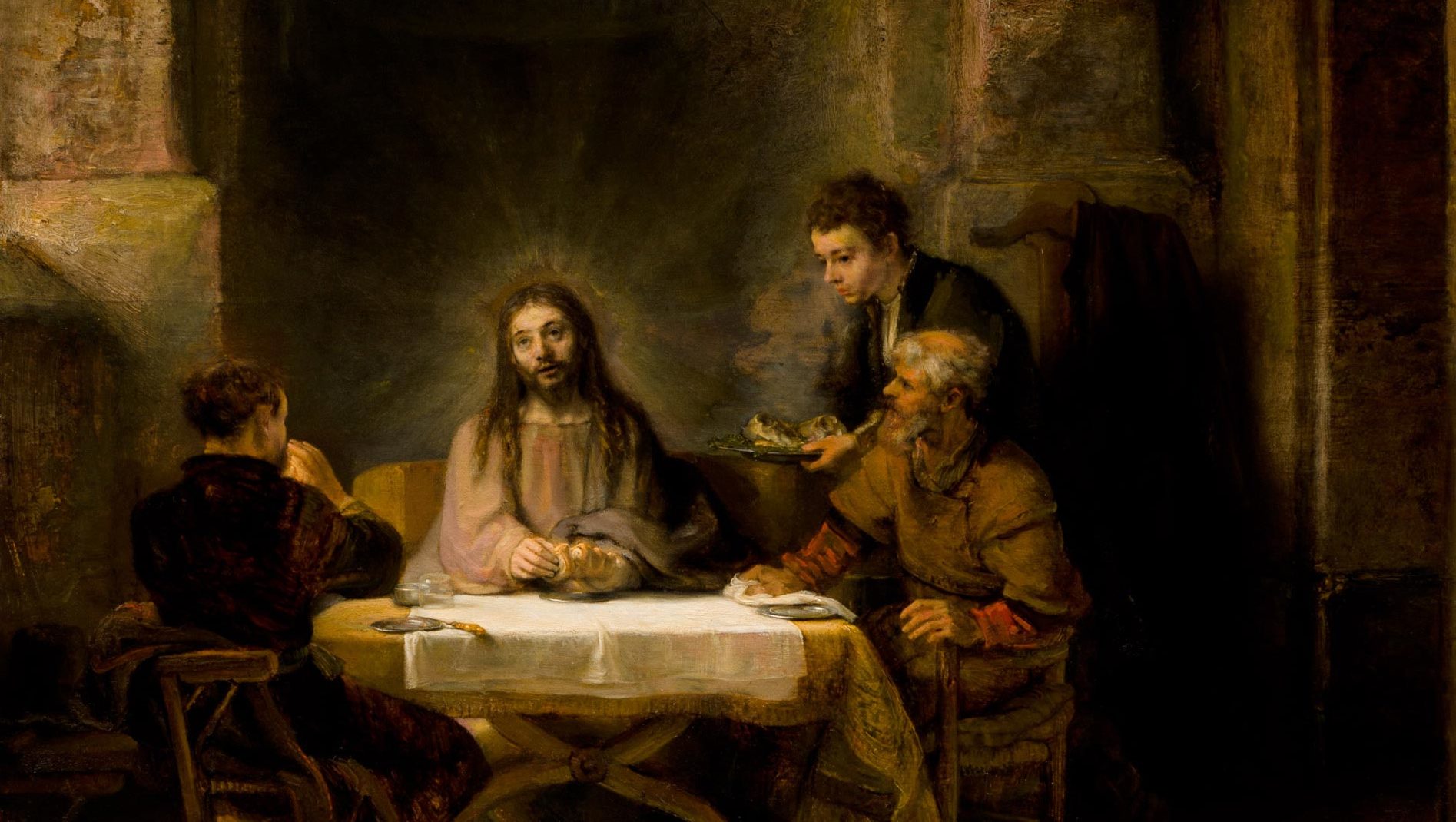 07 May Reflections on Presence and Absence

On the Road to Emmaus the sequel to the Resurrection is already underway. Christ is risen, He is manifesting Himself to His disciples, but disconcertingly, enigmatically. Something prevents them from recognizing Him according to the ordinary standards of recognition. Instead He shows Himself indirectly, in ways that evade their grasp. He teaches them that He is present, but in forms of what seems to them to be absence. In this, He is leading them forward into the time of the Ascension. For of course He is destined to withdraw from the world altogether according to the flesh, inhabiting it thereafter entirely differently. And so, from the commencement of the Resurrection, He discloses Himself to them in ways that acclimatize them to this disappearance, but which simultaneously point in other directions, towards new forms of experience, in which He promises to give Himself to them more profoundly.

In the Emmaus Gospel, we can discern two kinds of experience in which this coexistence of presence and absence begins to express itself. The first is interpretation of the Scriptures, and the other is participation in the Eucharist. And I think the first thing we should notice about this is that these are ecclesial forms of experience. We interpret the Scriptures, and offer the Eucharist, together, in the community of faith, as members of the Church. In fact these two forms of ecclesial experience are essentially constitutive of the Church, her most characteristic modes of life. And in them, Christ makes Himself present to us: in the Scriptures He speaks to us of Himself; and by this speech He leads us towards holy communion, in which He offers to our very bodies His own, to make ours one with His according to an encompassing sharing of lives. And so Word and Sacrament, Scripture and Eucharist, are gifts to us of His presence and work among us. But the point of insisting that they are gifts to the Church – unfolding from within collective experience, according to ways of living in which we can only participate together – is that it brings out very clearly how Christ makes Himself present among us only by renewing our presence to each other.

And it is perhaps this realization, above all, that the disappearance of His risen flesh at the Ascension is meant to provoke. If He had remained with us as one among others, then each one of us would inevitably find himself jostling for proximity to Him, wanting to be nearer to Him than anyone else, driven by the ambition of securing a privileged relation to Him. In other words, we would have remained, even in relation to Christ, with a way of operating towards each other which would have been competitive and even violent. To this pattern of rivalry among us it would make no essential difference that the object of our rivalry, instead of being money or power or sex, had become, instead, the Risen Body of the Son of God. The pattern, self-absorbed and rivalrous, would remain precisely the same, even if now disguised as individual piety. And so, to shatter the old and inaugurate the new, it is not enough that He rise again. He must rise again so as to disappear, thereby giving Himself differently, offering His presence to us only in ways which are essentially dependent upon our participation in a transformed understanding of our relations with each other.

This transformation of human relationality – let us call it our conversion from rivalry to charity – is not at all a secondary effect of what the Resurrection seeks to achieve. On the contrary, it lies at the very heart of what it offers us, for this is what redemption means. Death to sin and rebirth into new life are indeed gifts, offered in Word and Sacrament, by which the Risen Christ gives Himself to each one of us. But the context in which each of us receives and lives these gifts is the Church, as the origin and impetus of a new way of being with each other, which is precisely, and exclusively, our way of being with God. For none of us is there a solitary relation to Christ, as if there were a way in which one could secure the presence of the Risen One to oneself and for oneself alone, according to a singular relation beside which human community would be something secondary. Instead, we can say that the logic of the Resurrection fulfills itself in the Ascension, when the Risen Christ disappears in Himself, so that He can reappear in ourselves. And in so far as this takes place, we too reappear: we reappear in Him, and to each other, newly configured by charity.