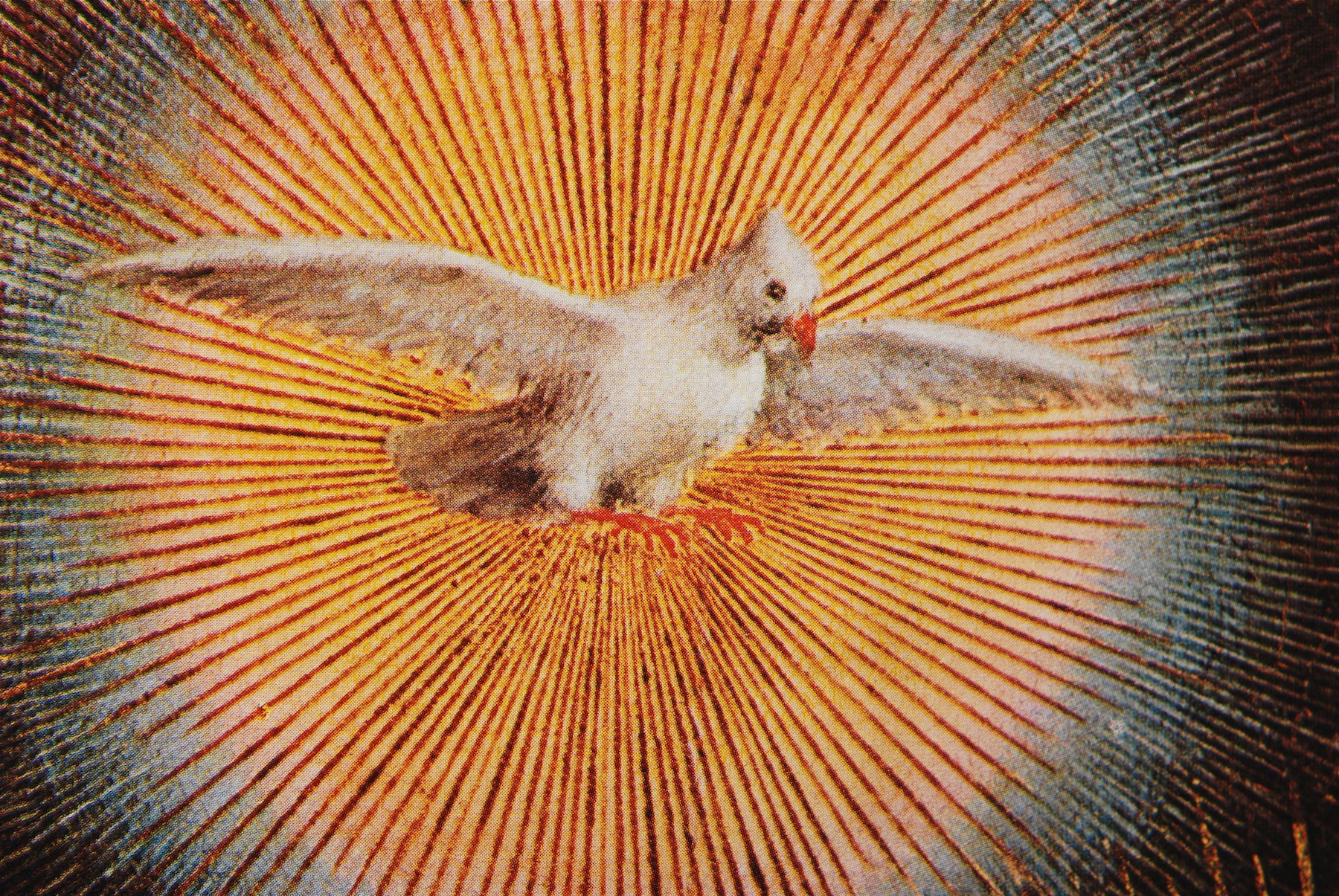 13 Jul Reflections on the Work of the Holy Spirit

In God, the Holy Spirit is the love that unites the Father and the Son. And when the Father and the Son send the Spirit into the world, it is so that we also may come to share in that love. We share in it through being conformed to the Incarnate Son, the Word made flesh, and so participating, as sons, in the love that unites Him to the Father. The work of conforming us to the Incarnate Son is itself the work of the Spirit, Who fashions this conformity within us, producing in each one of us a unique likeness to the Word made flesh. This fashioning is the Spirit’s labour within us; and it is an undertaking which is also an undoing. This is because the Spirit finds in us ways of thinking and acting and feeling which estrange us from the Incarnate Son, even putting us at enmity to Him; and this enmity, which is sin and the effects of sin, has to be undone, so that our likeness to Christ can unfold within us unobstructed. The Sprit’s labour within us is accordingly a labour of reconciliation, undoing the estrangement by which our sonship is obscured. He enlightens us to recognize the Incarnate Son and, within this recognition, to recognize ourselves; and from this recognition He inspires in us the self-understanding that we need for repentance and conversion to take root. In the Incarnate Son the labour of the Spirit is to reconcile us to the Father, to ourselves, and to each other.

The labour of the Spirit within us is not anything over and above what He is in Himself: the love uniting Father and Son. It is simply the presence of that love to a world that originates in it but has turned away from it. The labour of the Spirit, we might say, is the insistence of Divine love: the determination of that love to show itself as the ground and meaning of creation, and not to yield in this insistence to anything that opposes it. It is true that, in God Himself, reconciliation is not something which the Spirit accomplishes, because sin has never entered in between Father and Son, and so there is nothing about them to be reconciled. But when the Spirit encounters the sin of the world, He immediately gives Himself to the labour of reconciliation: not because He thereby takes on something new, but because love always and everywhere means unity, wherever it circulates; and so, in encountering the world’s estrangement, it shows itself first as opening the space of reconciliation.

How this space is opened can be very mysterious. It is opened not only for Catholics, not even only for Christians, but for everyone: because of the Incarnation, the Spirit’s labour has entered into the very texture of human lives, inviting us wherever we are. And yet, because this opening is the work of the Spirit Who is love, the space of reconciliation is always offered, but never compelled; which means that the possibility always remains of refusing it. And if it is, what precisely is it that would be refused? The answer can only be that love itself is refused: the very principle of reconciliation and unity. Notice that such a refusal is much more momentous than the particular sins by which the work of love is undermined. Over and above particular sins, this refusal is the refusal of the very idea of love. And this is to refuse the Spirit Himself, in principle; it is to make ourselves impervious to reconciliation.

No other sin necessarily involves such imperviousness, because no other sin refuses the very possibility of reconciliation. Other sins may merely delay it, putting it in suspension while we turn to other things, but always in some way keeping reconciliation in view, even if only peripherally: we want to turn from sin, just not yet, not here and now; we want first to sin, and then to turn. But if we refuse the Spirit Himself, then in that moment we no longer want to turn, even later on; we do not want ever to turn, but instead want to remain exactly where we are. For this to be possible, we have somehow to have seen the space of reconciliation open before us, and to have seen that it is the space of reconciliation, and yet still to have turned away from it. Such turning does not happen by mistake, or in the dark: it can happen only in relation to the enlightenment and inspiration that the Spirit offers to everyone, and our rejection of it must be our own: which means that whatever else we know or fail to know, we must know enough to know the truth of what has been shown us, so that it is precisely this truth that we are rejecting.

And so it is that Christ can say in today’s Gospel that “all sins will be forgiven the sons of men, and whatever blasphemies they utter; but whoever blasphemes against the Holy Spirit never has forgiveness, but is guilty of an eternal sin.” At first this sounds like a contradiction: it is as if Christ begins by saying that God will forgive all sins, only to end by going back on this and raising the spectre of a sin that God will not forgive. But there is no contradiction. Christ is affirming that, for God, there really is no limit to our reconciliation; but also that, for us, there can be, if we reject reconciliation itself. Only one sin imposes this limit, which is the sin against the Holy Spirit, the Spirit of reconciliation in Person; and for as long as that sin is in place, reconciliation is indeed impossible, for no other reason than that we refuse it.

In itself, indeed, and uniquely, this refusal secludes within itself a kind of eternity – Christ calls it an eternal sin – since, unlike every other sin, this one opposes itself directly to the primordial eternity of Divine love. To this, it would like to set itself up as an enduring alternative: in blaspheming against the Spirit, we imagine for ourselves an eternity other than the Spirit’s own, distilled in the everlastingness of inexhaustible refusal. Hell is the possibility of this terrible insistence of refusal, opposing itself to the insistence of the Spirit. And yet showing us this possibility is itself a work of the Spirit, an aspect of His insistence upon our reconciliation, a work of love. For we are told of this possibility, only so that it may never be.