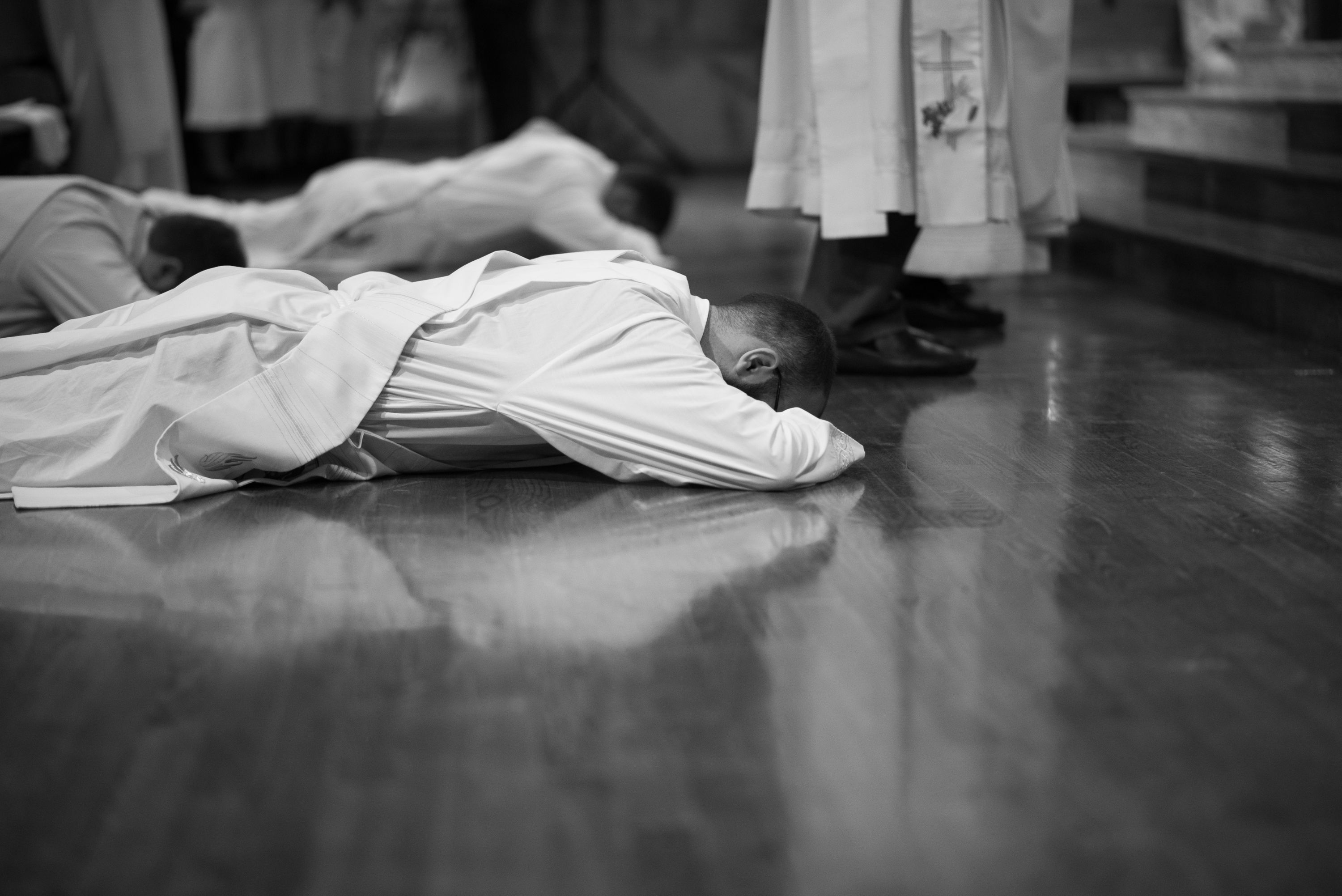 In his first Epistle St John writes about the hidden ambiguities that haunt our Christian lives, the interior uncertainties about our own integrity that can afflict us with uneasiness; and he shows us a way through this sometimes paralyzing pattern of self-accusation, turning us away from preoccupation with ourselves and towards the needs of others, finding shelter in a self-abandonment into the hands of God which is also a deeper entry into the imitation of Christ.

At the heart of St John’s reflections lies a consciousness of the difference between the mere appearance of Christian discipleship, on the one hand, and, on the other, its reality: Little children, he says, let us not love in word or speech but in deed and in truth. Now one way in which a consciousness of this difference between word and deed, speech and truth, can find expression is in a certain kind of introspection, a way of studying and interrogating ourselves. If I set out on this introspective path, I can find myself asking how I know whether my Christianity is more than a matter of words, of what I say I believe, and instead constitutes a true believing. When I reflect in this way, I am inclined to say that true believing should inhabit not only the surfaces of my appearing, the ways I show myself to others and even to myself, but instead must penetrate to the life that lies behind appearance, to the depths from which my true identity and character arise.

But as soon as we conduct this kind of self-interrogation, which of us will find himself free of ambiguity, and even of what seems like insincerity? My depths may not seem very Christian at all, plagued as they can be by various kinds of contradiction. I may find I have all manner of doubts about Christianity itself – explicit doubt, perhaps, but also doubt which is more implicit, which nonetheless emerges in different fantasies and desires, thoughts and reactions, seemingly so spontaneous and even inescapable within me, but which are also in real conflict with the depth of Christian identity I hoped to discover in myself. And it is then – when we find ourselves so divided within ourselves, and our integrity seems to unravel before our eyes – that, as St John puts it, our hearts condemn us.

Now this kind of self-condemnation is perhaps the inevitable conclusion of the introspective self-interrogation which precedes it. What we have to see, however, is that, from St John’s point of view, such self-condemnation is also something futile, a kind of dead-end, and the introspection that leads to it correspondingly misguided. In other words, I think St John simply takes it for granted that we are indeed divided in the ways we have described. What he wants us to understand is that nothing is to be gained by according this the weight of a terrible discovery, the sequel to which can only be entrapment in the coils of self-doubt. His concern, instead, is with the question of how we are to manage our dividedness: with how, as he says, we can come to reassure our hearts…whenever [they] condemn us; and his answer to this is that we must simply turn to doing what we know God asks of us, however ambiguous or divided we may sometimes feel ourselves to be. As St John puts it, we must keep [God’s] commandments and do what pleases him.

And it is this obedience, in St John’s view, which constitutes the difference between the reality of discipleship and its mere appearance. Real discipleship is not to be found in contemplating, within ourselves, the perfection of our own integrity, and still less in condemning ourselves for its absence. True discipleship is to be found in going outside of ourselves, leaving our dividedness to take care of itself, and, in spite of our dividedness, actively expressing love for one another according to the pattern exemplified in Christ. For God’s commandment, St John tells us, is that we should believe in the name of his Son Jesus Christ and love one another, just as he has commanded us. Notice that this is a single commandment: there are not two things here, believing in Christ and also loving one another with a love like His. Instead, we are being invited to understand that believing in Christ is the same thing as loving in this way, that loving in this way is what believing in Christ means. And it is only in loving in this way, St John tells us, that we shall know that we are of the truth.

It is very important that he does not say here that in this way we ourselves become true – as if, through obedience to the commandant of love, we are thereby completed within ourselves, in perfect integrity, free from all ambiguity and dividedness. What St John says is that we, who are precisely not free in this way, can nonetheless become, through love, not true in ourselves, and yet of the truth – which I think we can interpret as meaning sharers in the truth, participants in it. And this offers a reassurance founded in something much more significant than ourselves and our integrity. For, as St John says here, if our hearts threaten to condemn us we must remember that God is greater than our hearts, and he knows everything. He knows that we are divided; and yet He calls us, nonetheless, to be participants in the filial grace offered us in Christ, the Incarnate Son. And it is to this that we must try to give ourselves, in spite of everything in us that pulls in other directions. It is only this abandonment into the hands of Divine love that overcomes the paralysis of our self-condemnation.