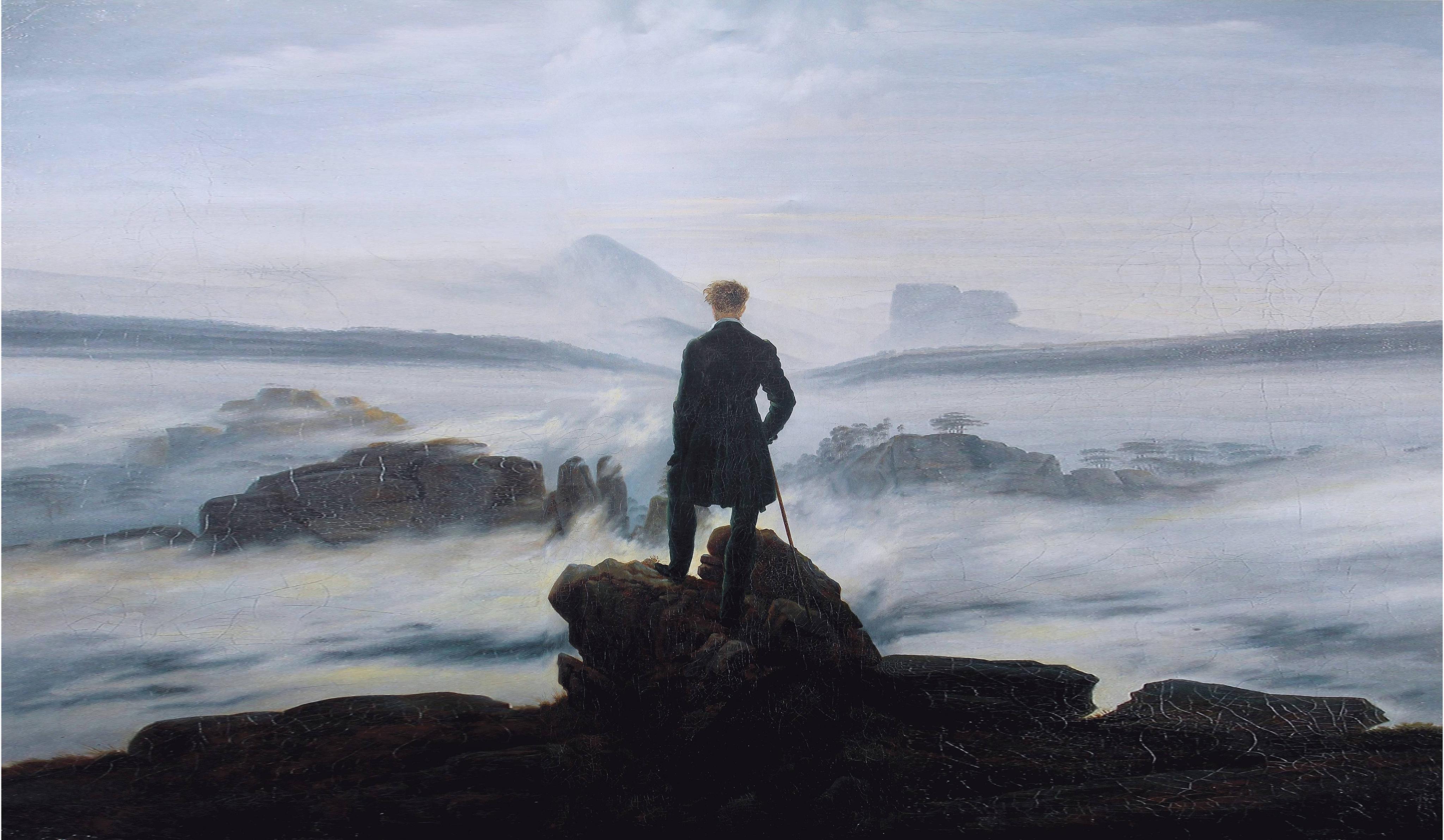 23 Jul Chronicle of things to read

There are a lot of schlusses in German literature — Schillers and Schillingses and Schlafs and Schefflers and Schimmelmanns and Schallenbergs and Schallücks and Schickeles and Schleiermachers and Schlageters and Schiebelers and Schlegels. I can remember having difficulty telling them apart when, in High School, I was trying to learn German, desperately in the hope of getting the attention of a celestially beautiful German girl named Schlillvia, I mean Sylvia. As ever, all my efforts failed. (Alas, she was a Pferdeliebhaber, and finally fell for the scion of a horse-breeding family.)

It would be well if there had been only two or three Schlegels, but as I found there were at least half-a-dozen quite prominent ones in the alphabetized annals, to say nothing of their several famous wives. And these in only one genetic line of Schlegels; I despaired to think there might be other Shlegelian family trees. But the sincerity of my efforts were recalled to me several years ago, when meeting an old childhood chum. He returned several books to me in which, through the intervening decades, he had shown no interest. As a consequence I have one Schlegel back on my shelves, up here in the High Doganate: a course of lectures, printed in 1846.

Alas, it seemed to be by the wrong Schlegel; though it has proved slightly useful in my autumn dayjob, teaching Shakespeare to seminarians. This would be August Wilhelm von Schlegel, and the book his Vorlesungen über dramatische Kunst und Literatur. Translator not only of Shakespeare into German, but of works from Sanskrit; formulator of Romantik ideals. Dramatist and poet in his own right, and author of some deliciously bitter satires, he had a memorable bust-up with Schiller, but stayed wisely on the good side of Goethe.

No, not that Schlegel, but his little brother Friedrich. Another Romantikformulator, and distinguished orientalist, yet mainly an assiduous professor of Classics, and author of the Fragmente — a collection of scintillating aphorisms that remind me in moments of everybody’s hero, Don Colacho. This Schlegel, too, was a self-acknowledged “reactionary” — the way they made them, two centuries ago. He was received into the Roman Church, moved to Vienna to work for the Habsburgs, then travelled Europe delivering wonderfully learned diatribes against civil and religious freedom, from within an inspiring cohort of priests, monks, canons, and other pious persons.

It should be mentioned that Friedrich Schlegel was a greater Indologist even than his brother; a pioneer of Indo-European linguistic discoveries; and in earlier life the champion of the literary trinity — Dante, Shakespeare, Goethe — not for purposes of idol worship but to broaden the popular conception of what is possible in creative art. To his end he was developing a conception of The West, percipiently informed about our place among other, deeply respected civilizations. (As was his wife Dorothea, the exhilarating mediaevalist, and his fellow convert.)

Normally, I have used Romantik as a term of abuse, but in my present dotage, I have come to find the old school of Jena more interesting especially for this Karl Wilhelm Friedrich Schlegel, easily the most brilliant of that constellation, and preaching no commonplace romantic fluff and sludge. Rather, he was espousing a return to the principles that had animated Europe through the High Middle Ages. Not to go back in time (of course), but to bring those principles forward.

Of course, in our contemporary drive-in universities, where they do all those drugs and babble incomprehensible slogans and behave in a manner unspeakably vile, he is, if known at all, simply dismissed as dead, white, and “backward-looking.” But that is the whole point. As Newman said, we walk to Heaven backwards. It is the path also of self-knowledge, acquired only thus, along the way.

Perhaps with the intention of sabotaging my happiness, a reader mentioned the paintings of Caspar David Friedrich, Herr von Schlegel’s contemporary. I have thought of him, sometimes, but not in a good way. He is in my Salvador Dali class of painters. That is to say, chocolate box but with a dead pigeon inside. I would not go so far as to say that the bombing of Dresden was worth it, if only to reduce the supply of Caspar David Friedrich paintings — the “collateral” was too large — but if gentle reader were to call him the embodiment of brooding Nazi kitsch, I would not object strenuously.

As to the current popular conception of the Romantik, as “a sentimental branch line of lust,” yes, that is another thing that needs putting out of mind.