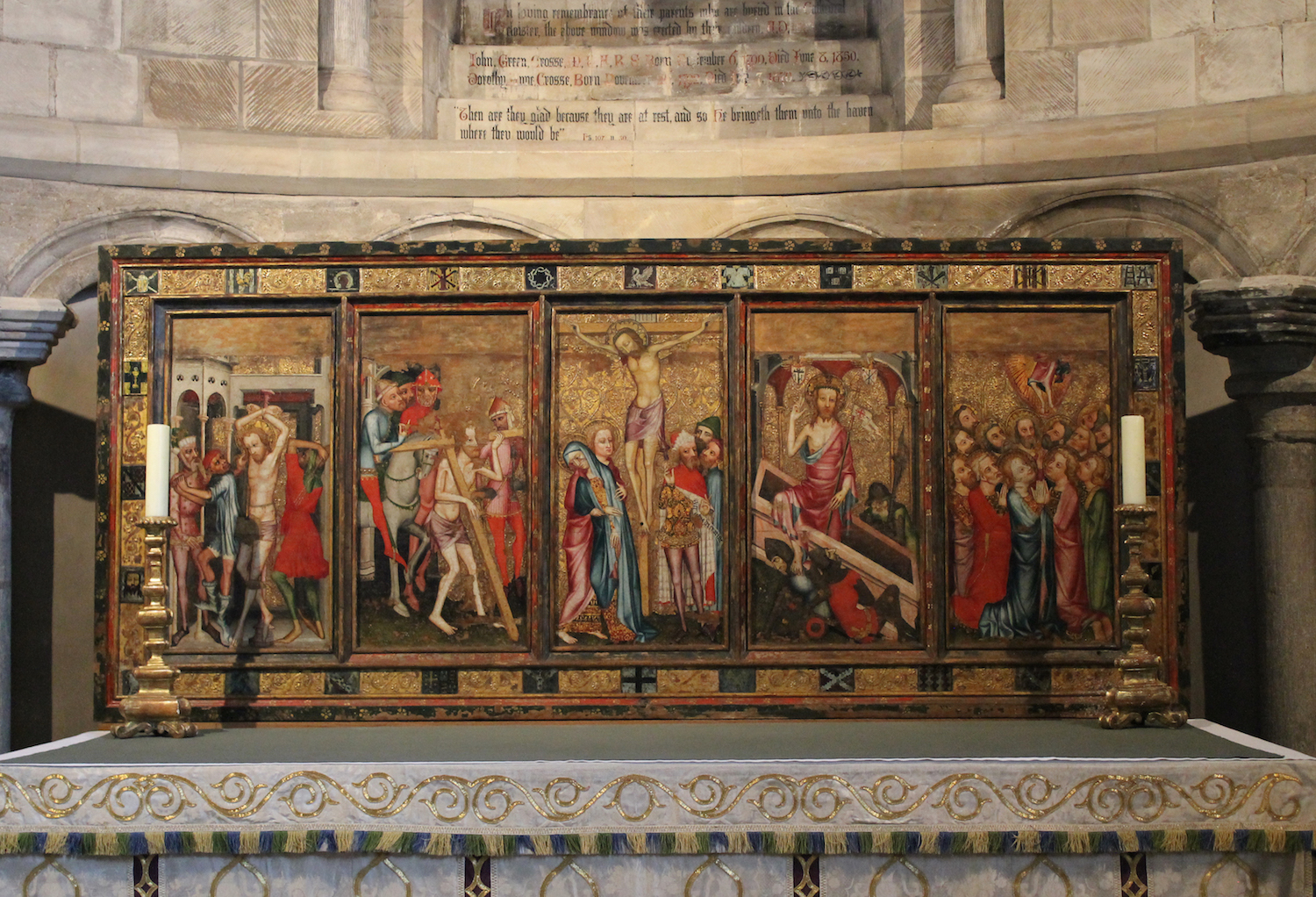 Consider, if thou wilt, gentle reader, Engelonde, in the century of Chaucer, which was also the century of Richard Rolle, Walter Hinton, and Julian of Norwich. (The 14th.)

There are two kinds of ignorance, superficially opposite, but closely related. In the first, more commonly recognized, we pretend to know something that we don’t know. In the second, we pretend not to know something that we do know. By waddling back and forth, as it were, a man may present himself as an expert in any subject. It is important for him to be quick about it. Add a pretty face, and he can go on television. Or, she, as the case may well be.

Poetical ignorance is of another kind, and I welcome and encourage it. It partakes of neither of these “scientific” errors. The poet does not pretend to know anything. Neither does he pretend not to know anything. He searches for the phrase that will negotiate between the Scylla and the Charybdis. This takes some awareness of where they are, on either side. There is some necessary irony in each of his assertions of fact, and any of his Socratic poses. He is slippery like that. He says things that surely cannot be disproven. (Or she, as in some cases.)

The beauty in mathematics is that you are right or you are wrong. The same may be said for some assertions in logic, and first philosophy. The beauty is that, so far as they are right, the assertions will prove practically useless. I love these disciplines because they demonstrate by contrast the messiness of our world, but too, because they hint at its underlying order. At their most useless, they approach the condition of poetry.

Technology, I would say, is a dead loss. It is neither philosophical nor poetical, and the adept of technology is just a tradesman of some sort. I don’t reject his humanity on that account, but in Upper Canada we had a long tradition of front and back doors. A tradesman may be welcome in your house, but he should come to the back door. This used to include doctors on house calls. But a poet or philosopher rings the bell on the front verandah.

If, however, like Father Spadaro, darling of Pope Francis and self-appointed sage at the Court of the Vatican, he says that, in theology, “Two and two can make five,” he should not be let in by either entrance. He said this last year and I am still annoyed. There is no universe in which two and two make five, and there can be no such universe. This is something we can know.

But let us consider another theological assertion, known to those who live the contemplative life. It is, “Nothing and nothing make nothing.”

I am thinking about this not because I am a contemplative myself — I am in that respect a mental defective — but because I find myself once again coming to terms with the (14th-century) Cloud of Unknowing, and other mystical tracts by what is almost certainly the same anonymous (and very learned) author.

The statement happens to be mathematically sound. Mediaeval writers could generally do their sums.

But in that moment he will have come as close as he can get (in this life) to the union of that nothing with that nothing. He will be with the uncreated God.