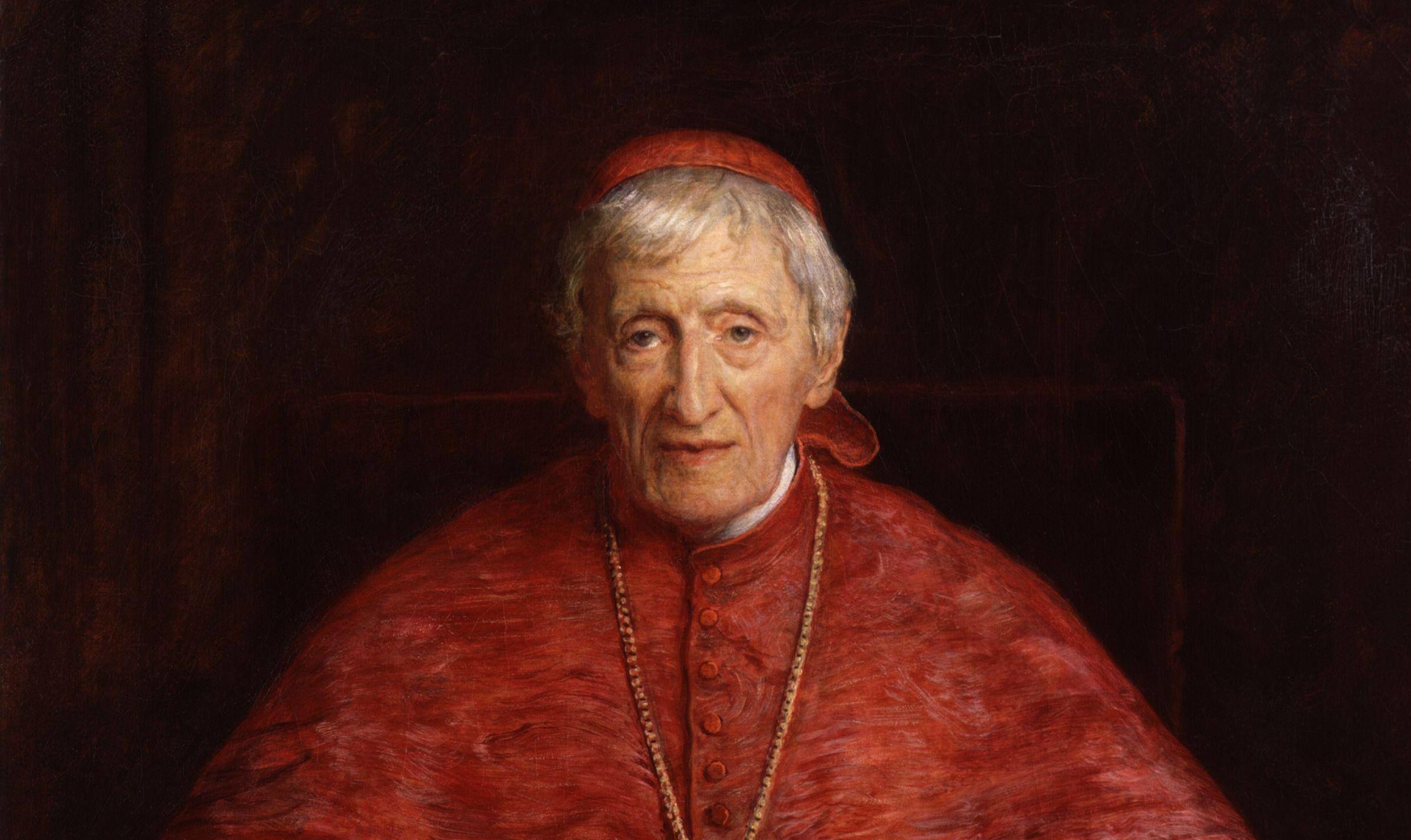 It is the day of the year when I request a special Ave of gentle reader, because it is the anniversary of my own reception into Holy Church — in the chapel of the Fathers of the Toronto Oratory, here in Parkdale where I still live, purposely to be in their parish. Eleven years have now passed. No longer may people call me a “baby Catholic.” (I am thinking of one woman in particular, who called me that perhaps a dozen times, a few years ago, in the course of a five-minute harangue.) I must now be acknowledged as a growing boy.

The choice of the Feast of Saint Sylvester (also last day of the civil year, &c) was not mine. It was suddenly proposed by Father Robinson, the priest who, after several months of catechizing me in delightful, broad-ranging conversations, suddenly decided: “You’ll do.” I was the more surprised by the date he selected, when I reflected on a long personal history of New Year’s Eve events.

The Father couldn’t know about them, for I had never thought to mention: that in my wild youth, through the early 1970s, every single New Year had brought with it some unforeseeable adventure (not always edifying). It was a string: for each year found me in a new country, where I didn’t really know anyone, and was expecting to spend the evening alone. But again and again, “something came up,” and I was swept up in that something. In one case I was lucky to see dawn, New Year’s Day, for with an Australian companion-of-the-moment, I’d come close to being murdered the night before. (Should Peter d’Abbs ever read this, please drop me a line.)

Most memorably, it was on this day in anno 1969 — the 31st of December — that I had finally and irretrievably “hit the road,” leaving my childhood behind me at age sixteen. For that reason, it was already a significant date in my personal calendar. My father, and his father, also left home, to go off in the world, age sixteen; I had already resolved on my sixteenth birthday not to slip behind them. I had secretly prepared my leave-taking, from the security of a good home: forming habits to toughen myself, putting money aside, and carefully studying guides to “the roads of East Asia.” It shocks even me to think back and realize, that I knew exactly what I was doing.

And now I remember the face of my poor, weeping mother. I had travelled alone some distances before, but only “to and from.” I had played “pilot” to my mother and little sister, when we’d been travelling without my father, in the same Asia: she knew I had some sense of direction. But now I told her I was leaving for good, and would not be talked down. Papa usefully interceded for me, saying: “He’s a man now, Florrie, he makes his own decisions.” Poor mama just wept and wept; but also started an old family joke by saying, “I keep seeing you lying in a ditch somewhere, with your little feet in the air.” (She was repeating this line for laughs, even on her deathbed, forty-three years later.)

How did the priest choose such an auspicious personal anniversary? It was the sort of “Jungian synchronicity” that Catholics have understood for a long time.

Sylvester I, the Pope we commemorate on this Seventh Day of Christmas, reigned 314 to 335 AD. He was contemporary with Constantine the Great (reigned 306 to 337). Sylvester did not attend the Council of Nicaea (325), but sent his delegates and concurred in the Creed that declared the Son fully one in substance with the Father — “very God of very God” — thus distinguishing Catholic teaching from the Arian heresy. A shy and retiring man, from what I make out at this immense distance, I have thought of him sometimes as a kind of “Paul VI” in that Nicaean era — maintaining orthodoxy at least to the letter as well as he could, while surrounded by wilfully destructive powers of which he could not get the mastery. (Reader may take this, as all my other speculations, with a truckload of salt.)

We who still live in the dark shadow of Vatican II, might remind ourselves of the plight of the faithful Catholics who lived in the shadow of the Council of Nicaea. They endured much. For several generations it appeared that the Church — suddenly liberated from external persecution by Constantine — was now being overthrown from within. The Arians may not have prevailed at the Council, but they acted just as if they had, and were triumphant not only in schismatic movements, but among the Church’s own “liberal,” “broad-minded” bishops. Worse, in a sense, “moderate” factions arose, playing games with words and offering the confused new dimensions of bewilderment.

Rather as today, it was an age of the rhetorical “but” — the “but” of humbuggery. See Father Hunwicke’s blog through the last four days (starting here), to discover what I mean. A perfectly orthodox statement is made, then qualified after a “but” in a way that sounds plausible, but is actually deceitful. This is among the world’s oldest sophistical sleights-of-hand, for the “but” privileges the statement that comes after, thus undermining the statement that came before — while leaving the dishonest man who uttered the whole sentence an escape if he is challenged. To expose his trick, one has simply to reverse the statements. (Hunwicke provides an extreme example from the recent Extraordinary Family Synod in Rome, in which the “both/and” of doctrine and compassion is thus sleazily turned into an “either/or.”)

The Fourth Century is of exceptional interest, for parallels to our own situation. Once again, faithful Catholics find themselves in the quandary of having bishops to obey, whom they cannot fully trust. We have heretics in high places who play games with words, to alter Church teaching while pretending to follow it, “in the Spirit of Vatican II” — where, in fact, what they are now preaching was never proclaimed, and often explicitly condemned. We find ourselves in these circumstances often abandoned by our shepherds, or worse, led towards the wolves rather than away from them, with that shrugging attitude of, “Who am I to judge?” And our task, as faithful Catholics — both lay and ordained — is now as then, to pray, and keep Our Lord’s genuine teaching alive in our own devoted hearts.

Or as John Muggeridge often put it: “Don’t let the bastards drive you out of the Church!”

For in time, now as then, the Church will be righted, and the old Gnostic swamp gas will once again disperse as if it had never been.

Read: The Arians of the Fourth Century, by John Henry Cardinal Newman; and also I should say his very telling essay, “On Consulting the Faithful in Matters of Doctrine.” Then consult his motto, from out of the Confessions of Augustine: Cor ad cor loquitur, “heart speaks to heart.”

These words, Cor ad cor loquitur, were written in the hand of the same John Muggeridge (1933–2005). He quoted them in a note to me, inscribed on the inside cover of a book he gave me at my Reception, eleven years ago today — an anthology, or synthesis, entitled, The Heart of Newman, arranged by the heroic Jesuit priest and philosopher,  Erich Przywara.

John Muggeridge — my beloved friend, example, and guide — was dying quietly of cancer. He, too, had been a Catholic convert. On the flyleaf, I find an inscription not from, but to John, written a generation before by another man (“Donald Neilson, priest”), citing the same phrase. Thus has our faith been handed down, person to person, and heart to heart, these last two thousand years — including, in prayer, cor-ad-cor with the man Jesus.

Often through the centuries we were up against the wall, at least outwardly in worse shape than today. Several times the Church herself came closer to extinction. Moments of victory (remember Constantine) turned to ashes; terrible defeats conversely to glory. The great ship of Holy Church has capsized, and been righted, many times, by the “hidden hand” of the Holy Spirit; saved when no men could possibly have saved her. And through the worst moments, some faithful have persisted, in obedience to the still small voice of a conscience correctly formed. We have been martyred, but also many times, we have been abandoned and left, uncatechized and unabsolved, to the wolves by unworthy shepherds. But we have never been abandoned by Christ, to Whom we may turn, always.

I knew what I was getting into, when I joined the Roman Church. I had watched from within the destruction of the Anglican communion, by their own liberal clergy, forgetting Christ in their eagerness to keep up with the Zeitgeist; and I was vividly aware that plenty of the same garbage would be found, littering the other bank of the Tiber. On balance, to my happy surprise, life in the Catholic Church has turned out to be easier than I expected. Which is not to say she isn’t in a very bad way; and honesty requires us to admit this openly. Yet I remain convinced, that even while the old “reformed” churches continue to the bottom, Christ will keep his promise. And the old, “unreformed,” Barque of Peter will stay afloat. For I believe that God does keep his promises.

I am a link in a chain, a bond of connexion between persons. He has not created me for naught. I shall do good; I shall do His work. I shall be an angel of peace, a preacher of truth in my own place, while not intending it if I do but keep His commandments. Therefore, I will trust Him, whatever I am, I can never be thrown away. If I am in sickness, my sickness may serve Him, in perplexity, my perplexity may serve Him. If I am in sorrow, my sorrow may serve Him. He does nothing in vain. He knows what He is about. He may take away my friends. He may throw me among strangers. He may make me feel desolate, make my spirits sink, hide my future from me. Still, He knows what He is about.

Saint Sylvester and Blessed John Henry Newman, pray for us.