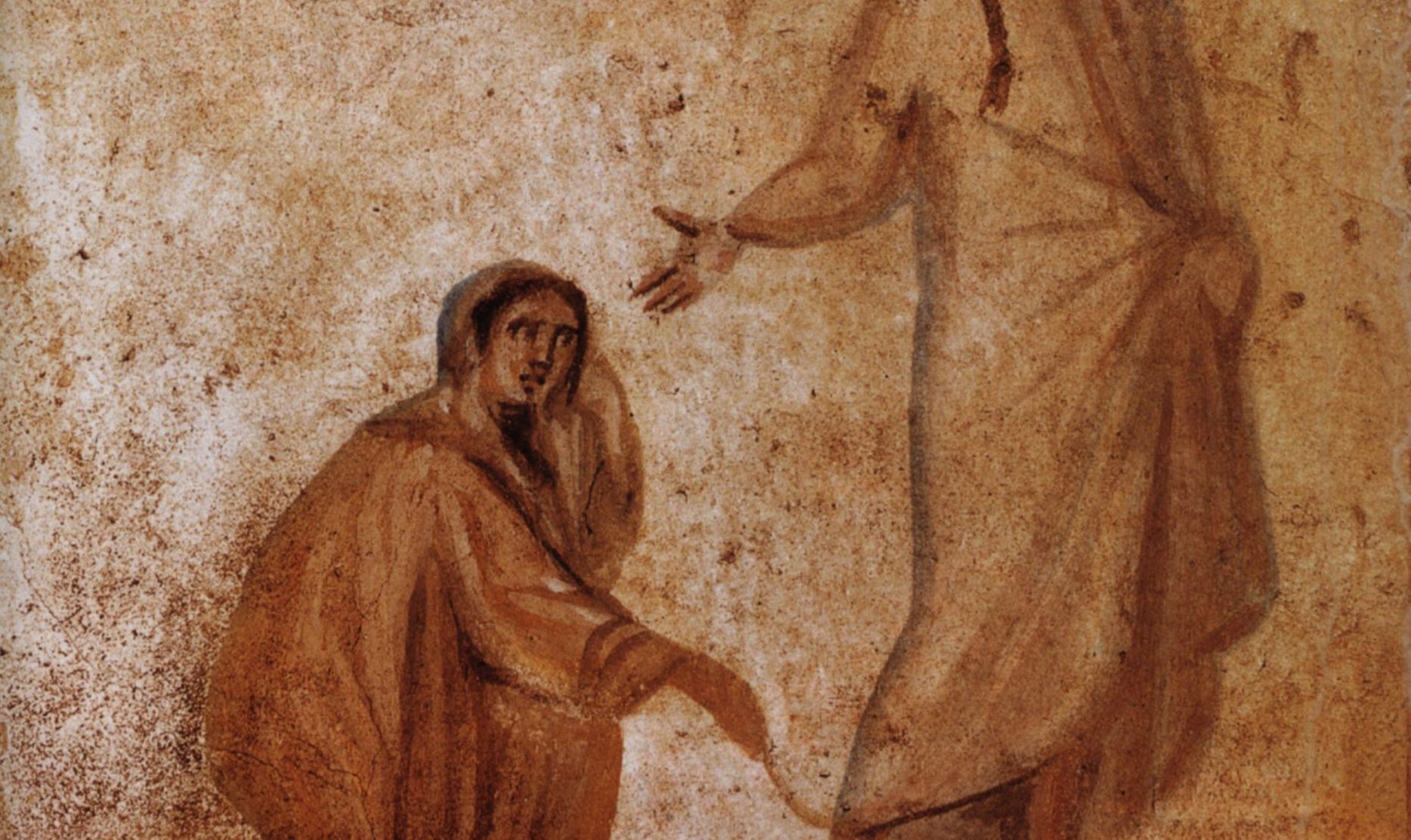 21 Jan Reflections on the Revelation of Love

If I touch even his garments, I shall be made well. These words of the woman with the haemorrhage can be heard in at least two ways. In one way, they can be interpreted as an expression of absolute certainty, an unquestioned confidence in the power of Christ to heal her. But from another point of view speaking of confidence and certainty can seem somehow to miss the mark. For we encounter her, not in any serenity of clear-sightedness, but somewhere near the limit of her endurance, in a kind of desperation: And there was a woman who had had a flow of blood for twelve years, and who had suffered much under many physicians, and who had spent all that she had, and was no better but rather grew worse. It is not unimportant that it is from this desperation that she reaches out to touch Christ’s garment – burdened by so many disappointed expectations, weighed down by the experience of a decline which everything points to as being irreversible.

She reaches out. But her reaching is towards something she cannot apprehend: she has no idea how this gesture she is moved to perform could possibly make the difference she seeks. And this movement beyond the ordinary apprehension of things is an essential dimension of the gesture she performs. It shows, of course, that she hasn’t yet entirely given up hope; but at the same time it shows that hope, for her, now lies beyond understanding, conditioned by the evaporation of every familiar possibility. In this situation hope and imagination seem mysteriously to merge, inaugurating a new way of being and acting. Her adventure of reaching out originates in a freedom to imagine herself being healed; it enables her to stage for herself a world in which she finds herself no longer confined by unavoidable evils: a world in which good things deemed impossible turn out to be true.

In touching Christ’s garment, then, she projects a different world, a better reality, than the intransigent reality of the world that renders her merely helpless. And she can imagine this because, in spite of everything, she still desires it: she desires the better, the deeper, truth, in excess of what seems obvious, realistic, and even inescapable. Her gesture is her protest against the impossibility of being healed; and so she dares to imagine and to enact a world in which her healing is not impossible but real: If I touch even his garments, I shall be made well.

This movement of desire and imagination within her produces something which it seems inexact to call certainty. What it produces is, simultaneously, less than certainty, but also in excess of anything certainty could possibly afford her. She has something less than certainty because she cannot see enough to know. But, precisely for this reason, she also exceeds herself, because, beyond her own capacity to control, she is ready to conceive another sovereignty and to entrust herself to it. What other sovereignty? It is the sovereignty of love, the Divine pulsation in excess of knowledge by which the impossible can become real. She is prepared to believe in such love; and, because of this, she accedes to the pathos and audacity of faith.

In the sequel to her reaching out, we see that her faith, like the desire and imagination that underlie it, is capable of re-making the real: what is imagined is made true. For Christ says to her: Daughter, your faith has made you well; go in peace, and be healed of your disease. What His words mean is that unless she had been prepared to believe in the love that could heal her, she would never have been able to receive the healing it offered. She was always loved, of course; but there was a difference between being loved, on the one hand, and receiving that love, on the other. The difference consisted in nothing other than her willingness to believe in love – that is, in opening herself to receive it before it showed itself, and as the condition of it showing itself.

And how did she do this? She did it by reaching out to touch, to feel if she could discover, beyond what could be seen and known, the love that might await her. Because she could not see it or know it, she had first to imagine it: imagine herself receiving it. This imagining was her act of faith, releasing her for the foolishness aligned to a wisdom unsuspected by the ‘many physicians’. But it was also an act of love; it was the way in which she loved the possibility of love, of loving the love in which she dared to believe. And this love of hers, which seems to begin everything, is what uncovers for her the truth that she has always been loved, awaited, with a love that truly inaugurates her. This is because such love does not show itself to knowledge or understanding; only to love can love reveal itself.