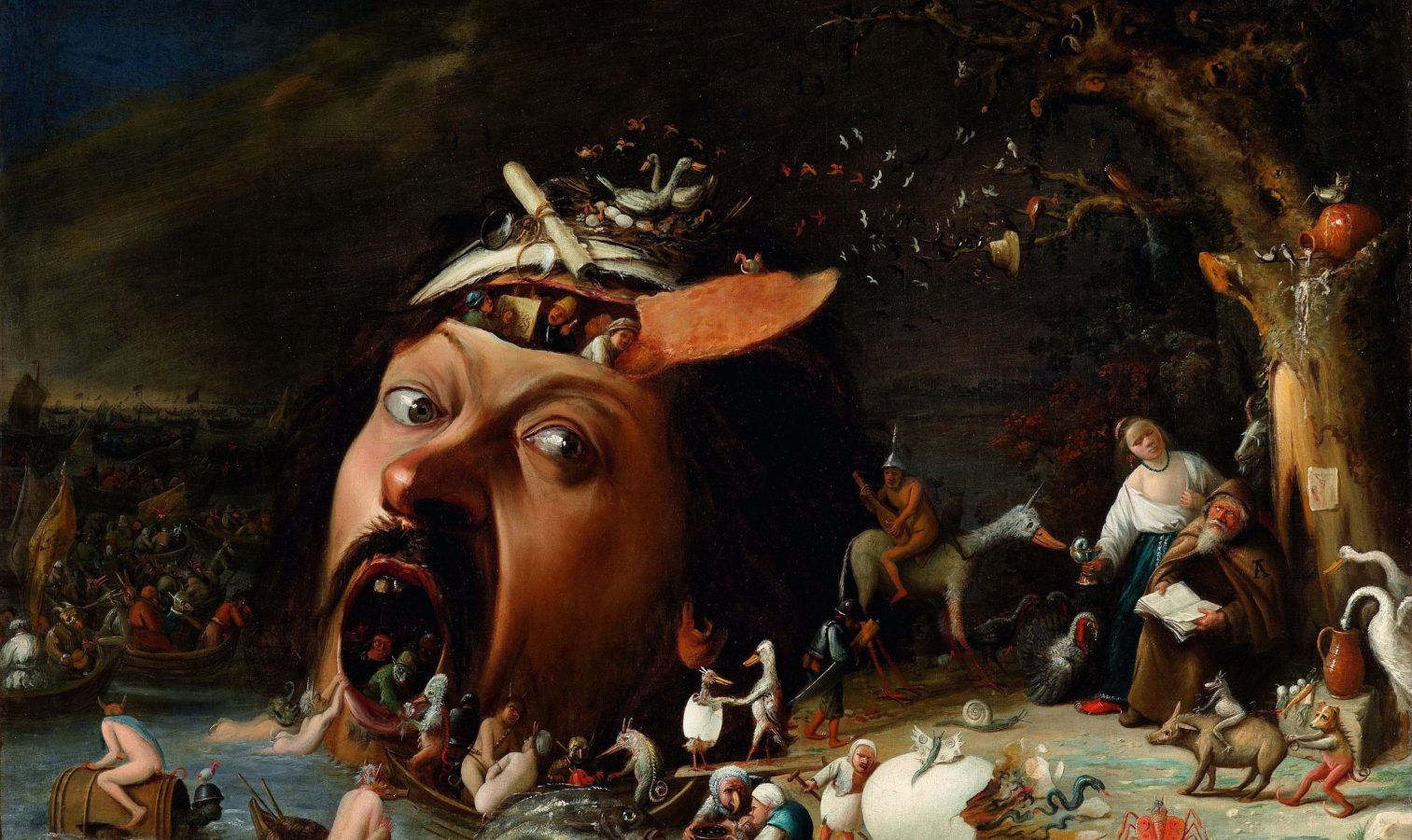 “God is faithful, and He will not let you be tempted beyond your strength, but with the temptation will also provide the way of escape, that you may be able to endure it.” Hearing these words, we might at first conclude that St Paul conceives of only one way in which we can be overcome, namely when temptation is so powerful that we give into it. But a closer examination shows that there is not one way, but two. We are overcome when we give in, but in another way we are also overcome when we resist. In the first case, we might say, it is sin that gets the upper hand; in the second, it is God.

We don’t see this at first, because when Paul tells us that God will not let us be tempted beyond our strength, we immediately assume that he is saying that God will always guarantee a proportion between our temptations and our own powers of resisting them. This would mean that when we resist, it is our own powers that have been exercised and vindicated. But this isn’t what Paul is telling us. It isn’t that God allows us to be tempted because He wants us to know our own strength. On the contrary, it is entirely compatible with Paul’s thinking to suppose that God establishes no proportion whatever between temptation and our capacity to resist, such that every temptation, if we were left to ourselves, would sooner or later be guaranteed to overcome us. But according to Paul the point is that we are not left to ourselves; for in temptation, he tells us, it is not our own strength, but God Himself, who provides the way of escape.

Escape from what? Not from being tempted, because Paul tells us that the way of escape allows us to endure temptation, not banish it. So it is not temptation from which God enables us to escape; He enables us to escape from being overcome by temptation. Our own strength is insufficient, but God Himself provides for us in our destitution. And this is the second kind of overcoming. We are weak, but God can overcome our weakness. He overcomes us, so that temptation does not. That is what St Paul is telling us. And yet what does it mean, to speak of being overcome by God?

If it is in our weakness that God overcomes us, then being overcome by God asks of us that we abide in our weakness. And weakness belongs to the time of temptation; weakness ceases the moment we give in. In giving in, our weakness evaporates, and Divine strength is held off. Instead, in giving in, we ourselves regain a kind of strength: we choose to do something rather than suffer it, we assert our capacity to be rather than only to imagine being, we refuse the humiliating impotence, the pitiful half-life, of merely wanting what we can so easily obtain. Despite what we may think, sin isn’t weakness; it’s strength exercised in the repudiation of weakness, and of God’s intimacy to weakness.

Even so, it isn’t difficult to understand why weakness is repudiated. Its repudiation overcomes a very painful kind of alienation. In resisting temptation, a person becomes in a way unrecognizable to himself. This is because for as long as he is suffering his desires rather than acting upon them, he feels himself divided, incapable of seeing himself as integrated, authoritative, together: he becomes a stranger to himself. When he gives in to temptation, however, he acts to re-unite himself, becoming what he desires: in a way, he makes himself whole again, recognizable to himself. Sin, then, is rooted in an unwillingness to undergo detachment—detachment not so much from the world, but, much more piercingly, from oneself. And resisting sin, by contrast, is to endure the alienation of becoming other to oneself, to the self that knows itself in accomplishing what it desires.

So to abide in one’s weakness is to undergo an exodus from oneself, from the self which each of us knows so expertly how to configure and satisfy. One thereby becomes inexpert in precisely that field which each of us, almost irresistibly, cares about more than he cares about anything else: himself. This is our passage into the desert: and, in the desert, it is not so much that one stops caring about oneself, but rather that one becomes incapable of doing so. For it is as if there is no one there to care for – no one, at least, who can be cherished in the usual way, by seeing himself reflected in fulfilling the unifying ensemble of his desires.

In saying all this, we’ve slipped from speaking of desires in so far as they are temptations to speaking of desires as such. But such slippage is unavoidable. In so far as resisting temptation means an exodus from oneself, it is inevitable that desire as such will get displaced. For what significance do any of my desires have, that isn’t rooted in the fact that they are mine? Because of my exodus from myself, however, I am no longer in secure possession of who I am; and to that extent all desire is uprooted together with the self, because the satisfaction of the self is no longer capable of bearing the weight of the meaning of its existence.

Still, we are not trying to say what it means to despair, but what it means to be overcome by God.  Being overcome by God involves a willingness to abide in weakness, in the dispossession of the self which, for all of us, lies at the centre of things. We have to be ready to let this happen to us, we have to open ourselves to it; and for all of us this means the terrible weakness of actually enduring temptation. St Paul tells us that, because of God’s intimacy to us in our weakness, such endurance is always possible. If it seems otherwise, it is only because we are frightened of it, frightened of what we will lose, and above all of losing ourselves. And we are meant to be frightened, and yet freely to abide precisely there, where we are most afraid. And it is this willingness that marks the difference from despair. In despair, something is taken from us which we are determined to recover, but which we find that we cannot. In faith, we are willing to let it go.

But why are we willing? Well, how else can we show that we are ready to trust God, rather than ourselves? We always want to feel the ground under our feet. But it has to be the ground that God gives, not the ground that we give to ourselves, out of a fear that God will fail us. It is not always possible to banish that fear. But the life of faith means that, when it comes, we do not try to evade it. For this is the only way of finding it disproved.