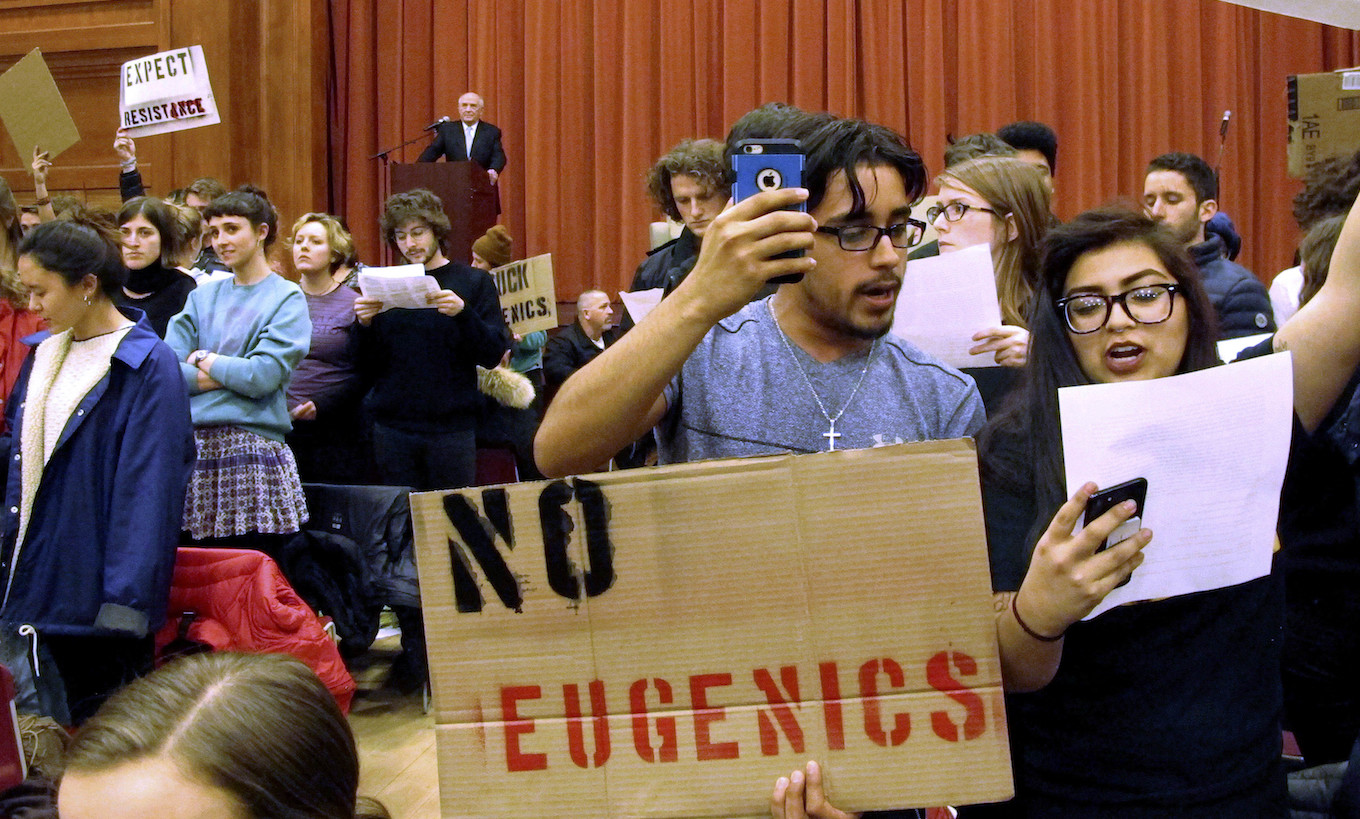 J. M. Cameron (1910–95) was a philosophy professor at Saint Michael’s College in Toronto, here, for many years. I met him through one of his prize students, who happened to be my girlfriend at the time, forty-plus years ago. He asked me what I was reading, over tea. I was reading Hobbes. He thought Hobbes the devil, but as I was interested, he turned to teaching me Hobbes — who grew in my estimation under Cameron’s direction. That I wasn’t his formal student made no difference: when someone was interested, he found the time. He was the first of several distinguished “perfessers” I preyed on, over the years. Again and again I found them extremely liberal — with their time — if I could show a genuine interest in their topics.

Cameron came from a working class, North British background; he was an old Leftie from what we might call the same universe that produced Alasdair MacIntyre. (He would playfully class-bait his rather “Upper” wife, who would affectionately reply, “Oh, James, you are so jealous!”) But too, he was a sincere Catholic, and severe moral thinker, who over the course of decades became truly a sage, politically unplaceable. I got to know him well in his old age, when — compulsorily retired, and now banned from the pages of the Leftie intellectual journals for his various ideological heterodoxities — we took him up at The Idler. (He had been a major contributor to e.g. the New York Review of Books for nearly thirty years from its founding in 1963.) We disagreed about lots of things; but in addition to giving me a better understanding of his own positions, he gave me a better understanding of mine.

These days he is all but forgotten; but never by me. I still have most of his books; unfortunately his magnificent revisitation of Newman’s Idea of a University (1978) seems no longer among them. I will find it again, I hope. A significant part of it was devoted to exploring, then condemning, “parasensical discourse” … “a kind of curious verbal play, neither sense nor nonsense, designed to inculcate attitudes, not convey information.” The universities were already full of that, and the prospect for the recovery of real learning, especially in the humanities, had already grown dim.

He was among the last proponents, within liberal university walls, of the old liberalism — of the free and open (and civil) discussion of ideas. He recalled with pleasure Hasting Rashdall’s evocation of the universities in the later Middle Ages, when society could be said to be governed by three powers — Sacerdotium, Imperium, Studium — or, as we would say, the Church, the State, and the University. This last was, as it were, the one safe place for unsafe opinions.

One must, Cameron explained, look squarely at the arguments for e.g. “sexism” and “racism,” if one is to defeat them. Looking squarely means entertaining the possibility that one may be wrong about quite elementary things. This requires us to widen our little worldviews.

Cameron was the sort of man it was impossible to surprise. One could ask him very basic questions, and find that he had thought them through. I asked him one day if, from all his experience in teaching, he had found anything in common between all his best students?

Without hesitation, he replied, “Yes. … All, without exception, were self-taught.”

Belmont, Fishtown, Middlebury. … All sound like towns in Charles Murray’s statistical imagination. I think of Cameron whenever I watch the savage offspring of “parasensical discourse” rioting to suppress a university speaker they have never read, but been taught to hate. They cannot look squarely.

As a (rather leftish, and publicly feminist) lady, seriously injured by the Middlebury mob, said after: “They will not even look in your eyes.”